Home » After the dollar rally: can the NFP justify the moves?

After the dollar rally: can the NFP justify the moves?

Due to a lack of data surprises in Europe and no top tier data releases at all in the UK, this week was all about the American Dollar, and the story has been bullish.

As previously suggested Wednesday’s Federal Reserve policy announcement revealed that the final USD 15-billion of asset purchases would be tapered this month, thereby concluding the once gargantuan Fed QE program. However it was the nod to improvement in the labor market and optimism about an inflation rebound gave the event a decidedly (and surprisingly) hawkish tone. Specifically Fed Chair Janet Yellen noted that “labor market conditions improved somewhat further, with solid job gains and a lower unemployment rate“. As well she added that “although inflation in the near term will likely be held down by lower energy prices “¦ the likelihood of inflation running persistently below 2 percent has diminished somewhat since early this year.”

Adding additional optimism to the Greenback was better than expected local GDP data. Results showed that in the third quarter of 2014 the world’s largest economy expanded at an annualised pace of 3.5%, easily outpacing expectations of a 3.0% reading. The injection of positivity helped lift the USD to fresh 4-year highs from a trade weighted perspective. As trading winds down for the week EURUSD has tumbled to its lowest value since late 2012, while GBPUSD has dropped back to near the 1.6000 level. Arguably of even greater importance is that events this week were significant enough to alter forward looking expectations for the USD, suggesting further losses to come for both pairs.

It tends to be the case that first week of any month is packed full of key economics events and this coming week is no different.

The early part of the week sees UK Purchasing Manager’s Index (PMI) results, which gauge growth in their respective sectors or the economy. The data is closely watched as the state of the Manufacturing, Construction, and Services sectors are useful leading indicators for inflation, unemployment, and GDP.

PMI results in the United Kingdom were encouraging through 2013, a time during which unemployment and GDP results trended strongly. However in 2014 PMI results started to stabalise, contributing to a leveling out in GDP growth as well as disinflationary pressures and slack in the labor market. Accordingly financial markets will be watching next week’s series of data to see what it might mean for the broader British economy.

Expectations are for minimal growth in the Manufacturing sector, while the Construction & Services sectors are poised for healthy expansion. Anecdotally, if you happen to look around the skyline of London these days the number of cranes you would see suggests that a healthy construction sector is self-evident. The British Pound will need a strong PMI showing given the negative sentiment that has crept into the currency, especially where the USD is concerned.

Both the Bank of England (BoE) and European Central Bank (ECB) are scheduled to make policy announcements next Thursday, however in both cases no changes to policy are expected. Given that the tendency is for the BoE not to make any public statements when policy remains unchanged, the event could pass largely unnoticed by currency markets. There had been the expectation that the BoE might look to tighten monetary policy in the coming months by hiking interest rates. However this month’s disappointing CPI (+1.3% against a target level of +2.0%) has softened those expectations dramatically.

President Mario Draghi however is scheduled to make public comments at the ECB’s policy announcement next week; which is likely to result in elevated volatility in Euro pairs. Data since the previous ECB policy announcement, at which Draghi finally rolled out QE, has not improved. Draghi is likely to acknowledge this, but at the same time note that more data is needed to properly assess the effectiveness of current policies. The main risk factor for the Euro is that Draghi emphasizes the possibility of expanding the current QE program to include sovereign debt. Currently to program only allows for the purchase asset backed private securities. Despite the fact that the Common Currency is already trading at its weakest values in years against both the American Dollar and Sterling, should Draghi sound especially dovish next week, further losses could be in store.

Next week wraps up with American Employment Statistics. The consensus forecast is that the world’s largest economy added a healthy 235k jobs, down slightly from last month’s reading of +248k, but still encouraging. Meanwhile the unemployment rate is expected to hold stable at 5.9%, matching its best reading since July 2008. It is really the Greenback’s game to lose next Friday. The hawkish events of this week give the USD sufficient momentum to continue making gains, data simply has to meet the expectations required to justify them.

In our latest podcast, we  review  November’s big event and run down the recent ones: 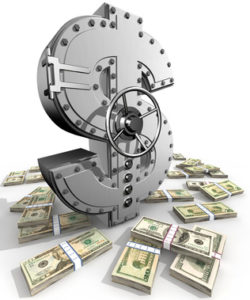 Due to a lack of data surprises in Europe and no top tier data releases at all in the UK, this week was all about the American Dollar, and the story has been bullish. As previously suggested Wednesday's Federal Reserve policy announcement revealed that the final USD 15-billion of asset purchases would be tapered this month, thereby concluding the once gargantuan Fed QE program. However it was the nod to improvement in the labor market and optimism about an inflation rebound gave the event a decidedly (and surprisingly) hawkish tone. Specifically Fed Chair Janet Yellen noted that "labor market conditions…