Around 600 BTC were moved from an Mt.Gox wallet raising fears of 150,000 Bitcoin dump

According to Whale Alert on Twitter, an Mt.Gox cold wallet just sent 600 BTC to another wallet. Although this particular transaction is not that big, it has raised concerns that Mt.Gox might be distributing the 150,000 BTC left already.

After years of legal battles, Mt.Gox trustees appointed by the Tokyo District Court will distribute around 150,000 BTC among its creditors. December 15, was the deadline for the rehabilitation process, which means the Trustee must have already provided a clear plan. 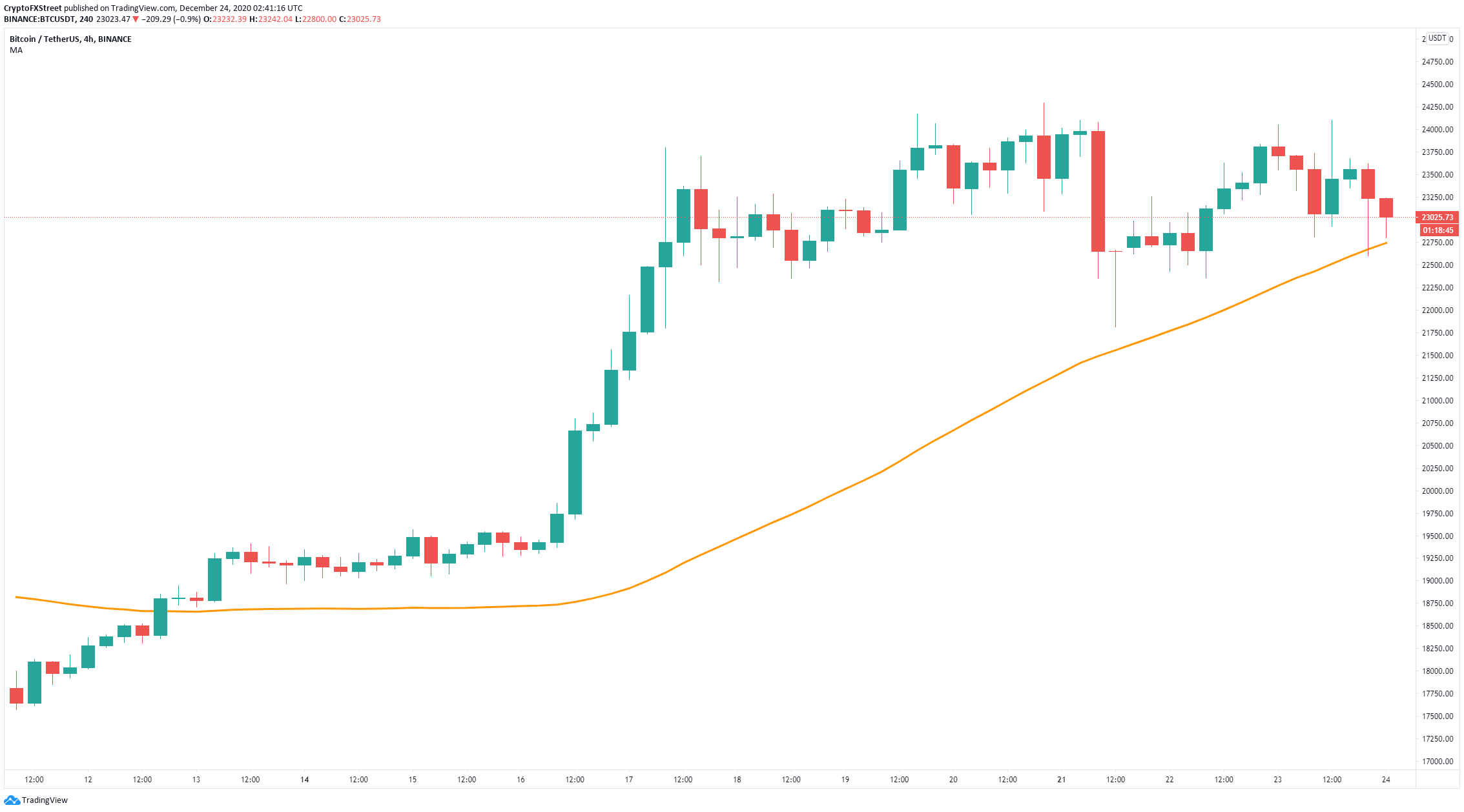 It’s still unknown if the address is truly coming from an Mt.Gox wallet, but investors are concerned. It’s also important to note that the market, and especially Bitcoin, are ready for a correction after a massive rally.

If the bulls can defend the 50-SMA on the 4-hour chart, Bitcoin price can rebound towards the last high of $24,100 and then target a new all-time high as there is still very little resistance to the upside.