Band Protocol price shows that the consolidation seen thus far could lead to a bearish breakout.

Band Protocol price has been on low since it topped at $20.62 on February 12. During its consolidation, BAND has formed an ascending parallel channel consisting of higher highs and lower lows.

At the time of writing, Band Protocol price is at an inflection point that it could either push the altcoin higher or lead to a bearish downswing.

Considering the SuperTrend indicator’s “sell signal,” a downward breakout seems likely. For this purpose, the Band Protocol price needs to slice through the immediate demand barrier at $12.72.

This move would signal a breach of the ascending parallel channel, which forecasts an 18% downtrend to $10.40, determined by measuring the channel’s height and adding it to the breakout point. 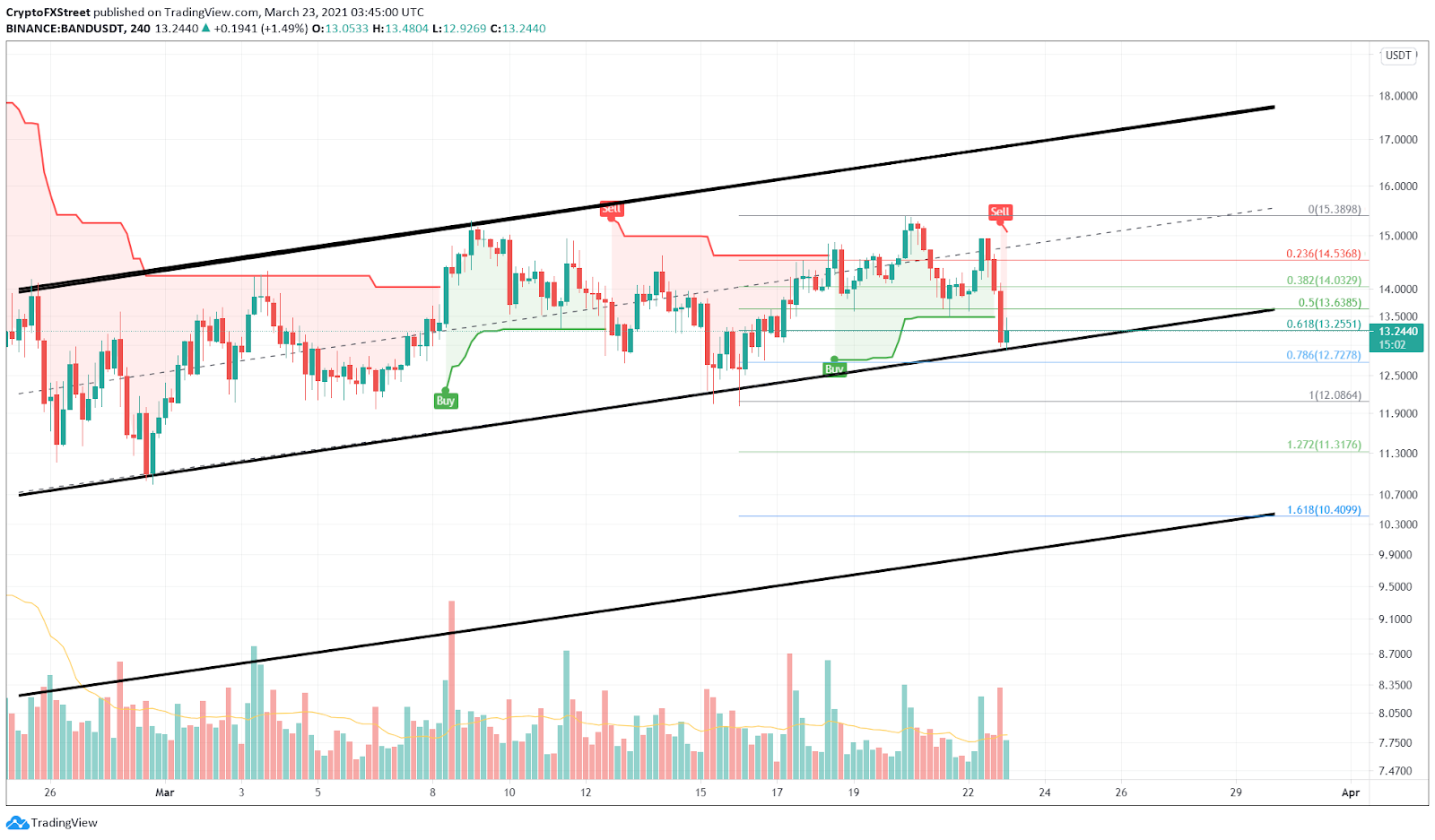 Adding credence to this bearish outlook is IntoTheBlock’s In/Out of the Money Around Price (IOMAP) model, which shows that sellers are stacked against BAND bulls.

Nealy 2,200 addresses that purchased 2.6 million BAND tokens ranging from $13.4 to $14.3 are “Out of the Money.” Hence, these investors will pose a massive threat to any incoming bullish momentum.

Therefore, Band Protocol price seems poised for a correction to $10.49, which coincides with the 161.8% Fibonacci retracement level. Other levels where BAND sellers might take a break include $12.08 and $11.13.

While the bearish scenario seems likely, if BAND price sees a massive inflow of fresh capital, then the resulting bullish momentum might be able to pierce through crucial levels.

A decisive close above $14.3 would discharge the selling pressure from the underwater investors, who could then propel Band Protocol price to the technical formation’s middle line at $15.38.

If the bullish momentum persists, then BAND could ascend to $17.6 after soaring 15%.