Band Protocol price ended its two-month-long consolidation inside an ascending parallel channel on February 25. Now, the leftover bullish momentum is trying to push BAND higher but to no avail.

Band Protocol price on the edge of a bearish drop

Band Protocol price action between December 20 and February 23 was in a series of higher high and higher low. This consolidation resulted in a bullish upswing, which led to a 365% increase in BAND’s market value during the recent bull run. By joining these swing highs and swing lows using trendlines, an ascending parallel channel forms. The target for this technical formation is a 35% downswing, determined by adding the parallel channel’s height to the breakout point at $12.9 level. This target puts BAND at $8.3.

BAND price confirmed the bearish bias as the 12-hour candlestick on February 25 sliced through the 50 twelve-hour moving average (MA) and closed below this level. Since then, the oracle token has tried resurging, but the pattern’s lower trendline rejected it. Supporting this pessimistic outcome is the SuperTrend indicator’s sell signal, which flashed on February 23. 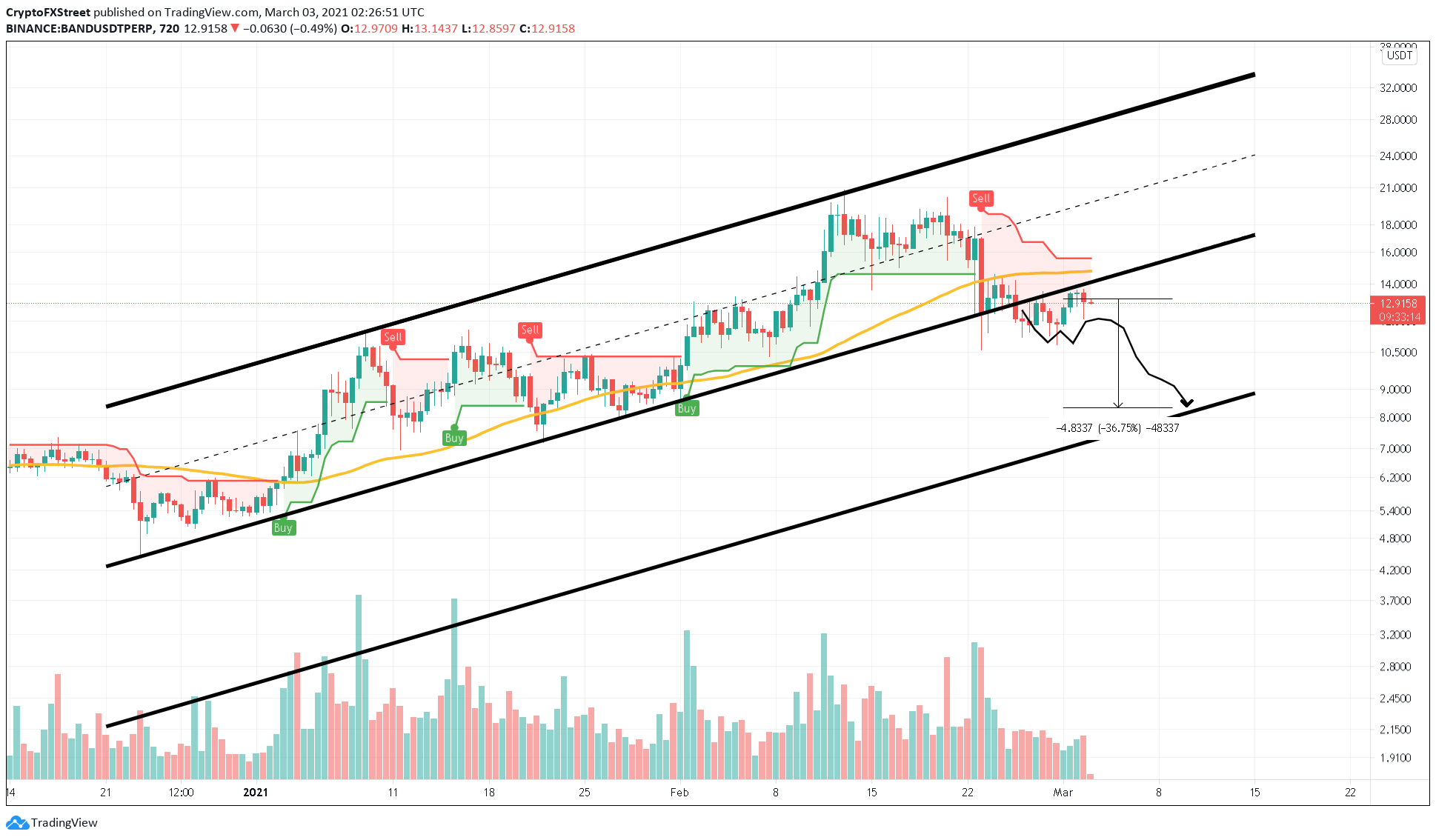 Adding credence to BAND’s drop is IntotheBlock’s In/Out of the Money Around Price (IOMAP) model, which shows massive resistance ahead. Nearly 717 addresses holding 812,000 BAND at $13.14 are “Out of the Money” and could dampen any short-term bullish spikes.

However, investors should note that a spike in buying pressure leading to a 12-hour candlestick close above $13.14 will invalidate the bearish outlook. In such a case, BAND could surge to $14.39, where roughly 662 addresses hold nearly 414,000 BAND.

GBP/JPY Price Analysis: Eyes to regain 150.00 ahead of British budget