Band Protocol price shows a 43% drop since February 20, suggesting the presence of rampant bears. After bouncing several times from the 50 one-day moving average BAND recently sliced through it.

Band Protocol price has surged 365% between December 23, 2020, and February 13. Within this period, BAND formed two distinct higher highs but multiple lower lows. Drawing a trendline connecting the swing highs and the swing lows results in an ascending parallel channel.

This technical formation forecasts a 35% downswing, determined by measuring the channel’s height and adding it to the breakout point.

Since Band Protocol price sliced below the setup’s lower trendline at $13.15, this puts BAND target at $8.35. Now, the 50 one-day moving average (MA) at $12 is the only thing keeping the DeFi token from collapsing. Therefore, a one-day candlestick close below this level would trigger a sell-off to the intended target at $8.35. 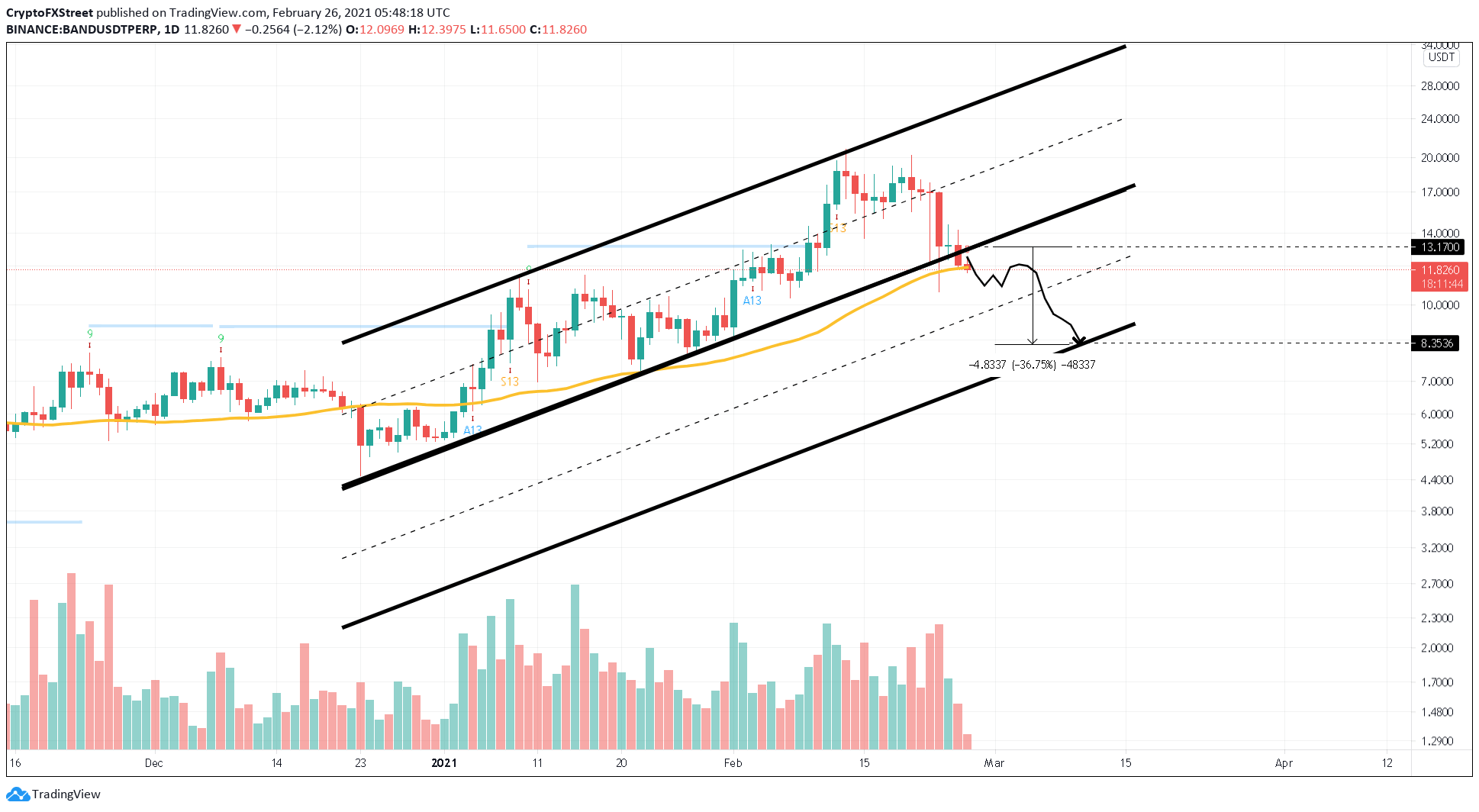 According to IntotheBlock’s Global In/Out of the Money (GIOM), a cluster of investors at $10.04 might deter this downswing. Here, roughly 2,000 addresses hold nearly 2.05 million BAND. Hence, these holders will absorb any selling pressure, who might purchase more tokens to prevent their investment from going underwater.

However, a breakdown of this barrier due to unforeseen events could trigger a sell-off resulting in a 20% correction to $8.35, where 2,000 addresses previously purchased 436,000 BAND here.

Investors should note that a bounce from the 50 one-day MA at $12 or the support level at $10.4 is possible. So, a sudden spike in buying pressure that pushes Band Protocol price for a one-day candlestick close above $13.17 will invalidate the bearish outlook.

In such a case, GIOM shows that BAND might rally towards the next supply barrier at $15.70.