Band Protocol formed an inverse head and shoulders pattern on the 12-hour chart since October 2020 and saw a breakout on January 2021. The digital asset managed to climb above $11 from the neckline resistance at $7.4 but has recently dropped to re-test the level again.

Band Protocol price could explode to $14.5 if support holds

The previous neckline resistance level at $7.4 from the inverse head and shoulders pattern is now a robust support level. After the breakout towards $11, the digital asset has plummeted back down towards the neckline and, so far, has been able to hold it. 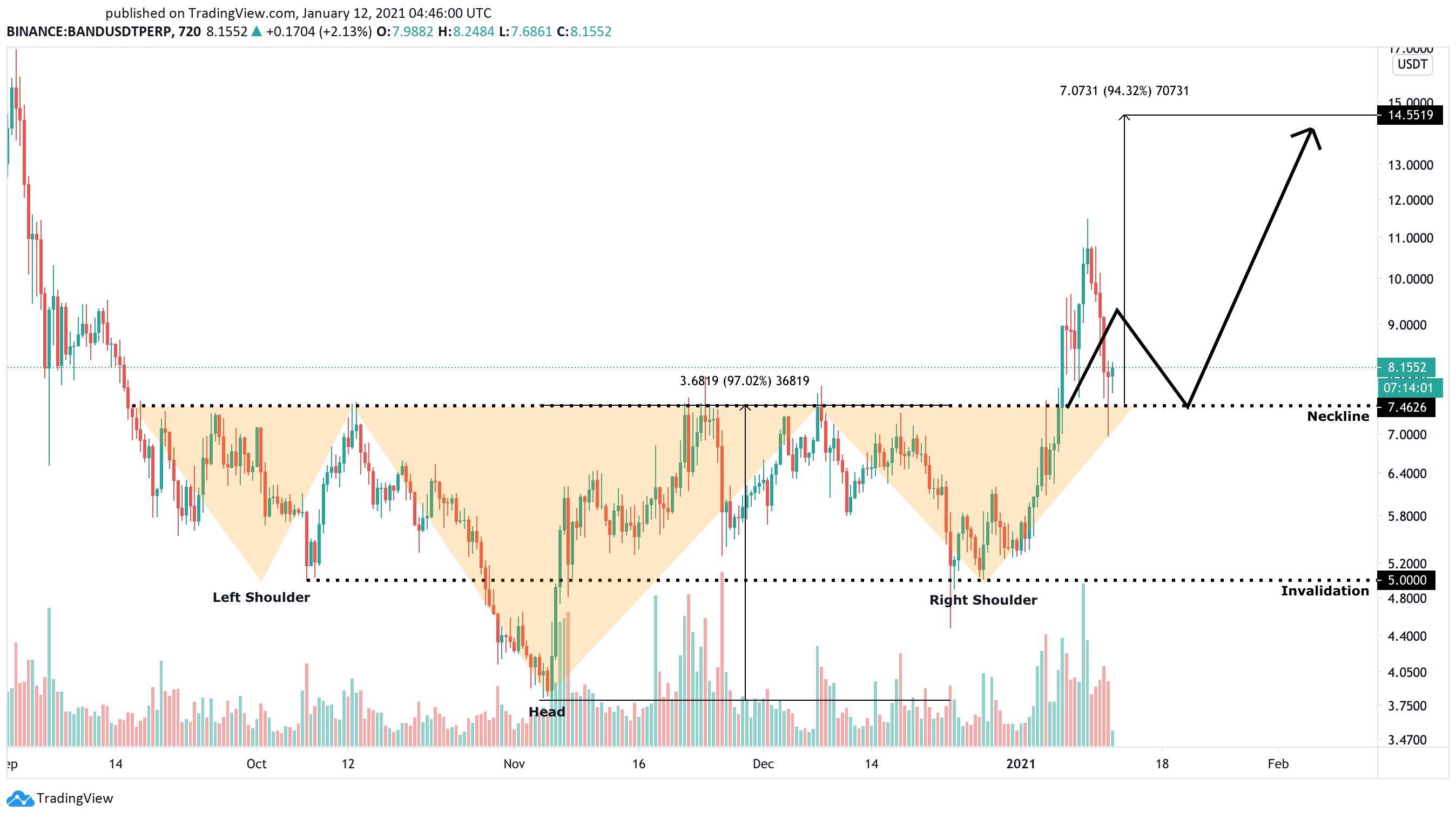 A successful defense of this critical support level could quickly drive Band Protocol price towards the last price target of $14.55, which is determined by using the height of the pattern from the neckline to the low end of the head.

After the significant dip from its high point of $11.45 to the low of $6.98, the age consumed metric shows a massive spike which indicates there is a good chance the digital asset will experience high volatility in the near future.

Additionally, it seems that BAND whales have continued to accumulate the cryptocurrency despite the price plummeting. In the past three days, the number of whales holding between 10,000 and 100,000 coins has increased by five. Similarly, whales with 100,000 to 1,000,000 coins increased by two in the past four days.

Nonetheless, there is a chance that BAND bulls can’t hold the $7.4 level as, according to the IOMAP chart, they are also facing steep resistance between $9.04 and $9.29. Dropping below the $7.4 support level can quickly push Band Protocol price down to $6.

EUR/USD now looks side-lined near 1.2150 ahead of Fedspeak, data