Bitcoin price well into the second half of the session Wednesday is trading with losses of some 0.25%, as the price consolidates. BTC/USD is moving within a bullish pennant pattern structure, subject to a potential breakout.

Price action has been consolidating within the noted structure since 13th May, after a strong run of gains over the past few days. Bitcoin managed to hit the highest levels that have been seen since July 2018, during the bear market at the time.

The immediate resistance can be seen at $8000, the upper acting trend line of the pennant. Market bulls are taking a breather following the drive higher. There appears to be just one major barrier seen from $8000-8500 price range., ahead of $10,000. 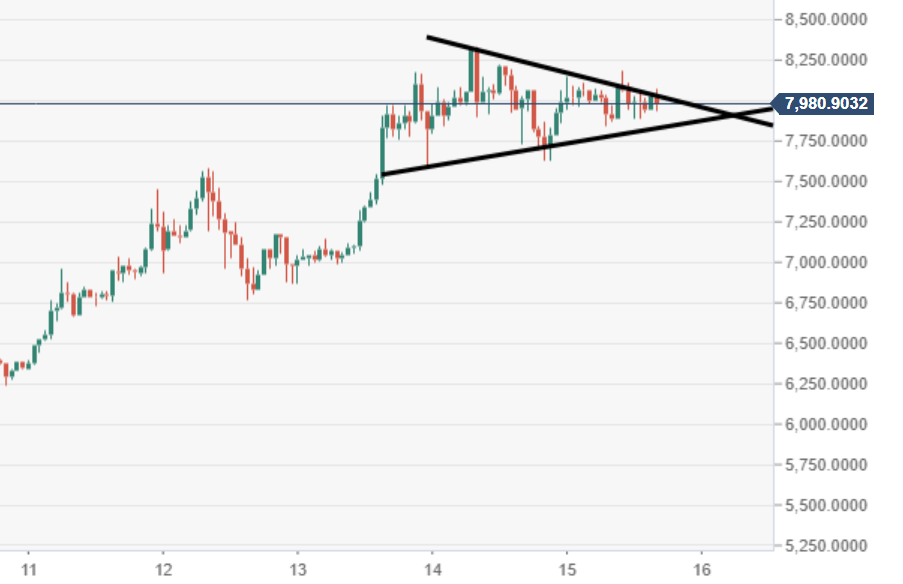 Get the 5 most predictable currency pairs
Previous ArticleAtlanta Fed: GDPNow for second quarter of 2019 drops to 1.1% from 1.6%
Next Article EUR/USD: Auto tariffs delay helps put in a floor – TD Securities