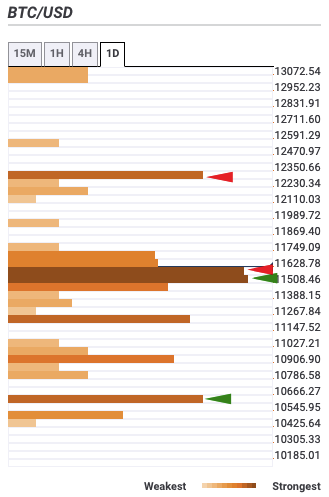 The monthly correlation rate between gold and Bitcoin has recently reached an all-time high of 70%, surpassing the peaks recorded in 2018 and 2019, according to Skew Analytics.

Skew Analytics noted that such high correlation rates echo Bitcoin’s narrative as a safe haven during times of uncertainty. As governments and central banks are increasingly printing more money to “save” their economies, investors appear to be switching from fiat currencies (prone to inflation) to harder assets.

In an earlier interview with KMID, Donald Trump, the President of the US, said that the next round of COVID-19 packages “may go higher” than the previous series of $1,200 per individual. He added:

I’d like to see it be very high, because I love the people. I want the people to get it.

Because of government spending like this, Bitcoin and gold have surged in price throughout 2020. BTC reached a yearly high of $12,000 just as gold hit a historic $2,000 per ounce. However, both markets have fallen back significantly in recent times. They have been positively correlated. Bitcoin dropped by 4% to $11,200 a recently while gold suffered its worst slide in more than seven years.

Notably, the RSI indicates that gold is currently overbought and is close to a sell-off, while Bitcoin is still in a market equilibrium zone. RSI is an indicator that shows whether buyers or sellers are dominating a market.

RBNZ Bascand: The resurgence of virus in nz is big risk to its outlook – Reuters