Latest
You are at:Home»Crypto News»Bitcoin Price Prediction: BTC/USD gets ready for a powerful breakthrough – Confluence Detector

Bitcoin (BTC) is sitting in a tight range between $9,800 and $9,400 since the start of the week. At the time of writing, BTC/USD is changing hands above $9,700, mostly unchanged both on a day-to-day basis and since the beginning of Wednesday. On the intraday charts, BTC is supported by 1-hour SMA50 (currently at $9,700), while the resistance is created by the intraday high $9,836. The ultimate bullish target is created by a psychological $10,000.

The short-term momentum remains bearish, with the RSI on the intraday charts flat, which means, the coin may continue the moving inside the range.

Let’s have a closer look at support and resistance levels clustered around the current price. 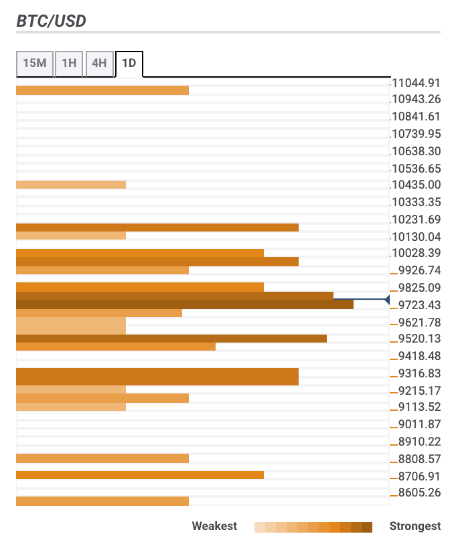