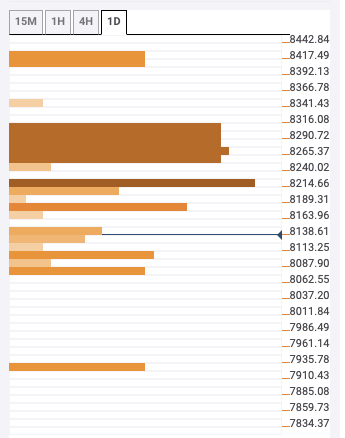 The daily confluence detector shows a lack of healthy support levels, so a further drop in price could be expected. On the upside, the bulls face stacks of massive resistance level. The strongest level is at $8,220, which has the five-day Simple Moving Average (SMA 5), one-hour Bollinger Band middle curve, and the one-day Fibonacci 38.2% retracement level. 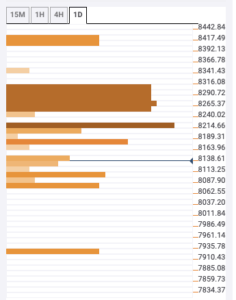