Cardano blockchain takes a giant leap as block production gets successfully decentralized. ADA price could get a massive boost from this and continue its uptrend.

Decentralization of pillar one: block production

This move from a federated and centralized block production system to a decentralized, community-controlled variant is crucial in Cardano’s journey.

Adding more to the decentralization topic, the blog stated,

Our SPO community has been instrumental in bringing Cardano to this point. Today, we now have about 2,300 pools, with a healthy proportion creating blocks and rewarding delegates. Some are controlled by exchanges, others by single-pool community operators. All bring value to the network. .. From a federated chain with centralized block production, to a chain with blocks wholly minted by the community. We are well on our way.

Cardano blockchain is getting one step closer to being the so-called “Ethereum killer” and achieving decentralization with this development.

Cardano price prepares for an upswing

The Cardano price is trading inside an ascending triangle pattern over last month. The recent swing low was formed as ADA bounced off the hypotenuse on March 24. This move has pushed Cardano by 15% toward the 78.6% Fibonacci retracement level at $1.18.

If the buying pressure surges, a 22% uptick toward the flat supply barrier at $1.46 seems likely. The Momentum Reversal Indicator’s State Trend Resistance at $1.35 could deter this upswing. Therefore, breaching this is a must for the bull rally.

The ascending triangle formation forecasts a 40% uptick in the Cardano price, determined by adding the distance between the pivot low and high to the breakout point at $1.46.

A decisive close above $1.46 could propel the smart contract competitor to $2.05, coinciding with the 141.4% Fibonacci extension level. 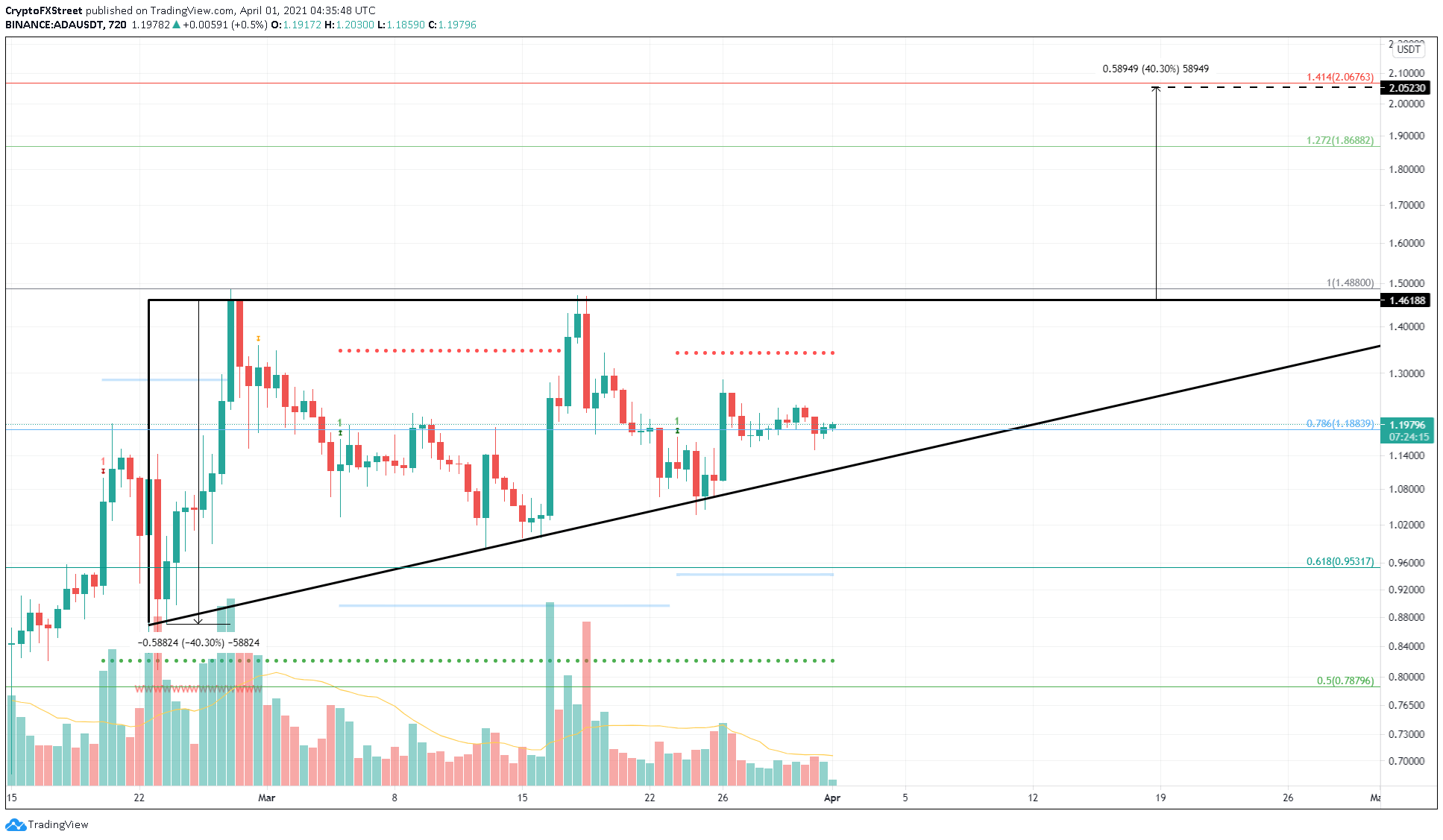 Supporting this bullish narrative is IntoTheBlock’s Global In/Out of the Money (GIOM) model. This metric shows that $1.30 is the only crucial supply barrier preventing buyers from pushing the Cardano price higher.

Here, nearly 112,000 addresses that previously purchased roughly 2.9 billion ADA tokens are “Out of the Money.” Thus, breaching this crucial level will add to the bullish momentum and propel ADA to new highs.

However, if the Cardano price fails to surge past $1.30 or faces rejection at $1.46, it would trigger a reversal in momentum. In such a case, ADA could slide toward the 78.6% Fibonacci retracement level at $1.18.

Breaching the hypotenuse at $1.12 might invalidate the bullish outlook and give the sellers an advantage to drag the Cardano price lower.