The much-awaited and publicized Cardano Alonzo hard Fork is soon approaching its launch and could propel the ADA price higher. According IOHK, the blockchain company behind Cardano, the upgrade’s countdown is less than 24 hours away at the time of writing. This upgrade, which set to allow the implementation of smart contract functionality on the Cardano network, will launch on Sunday September 12, 21:44:51 UTC. 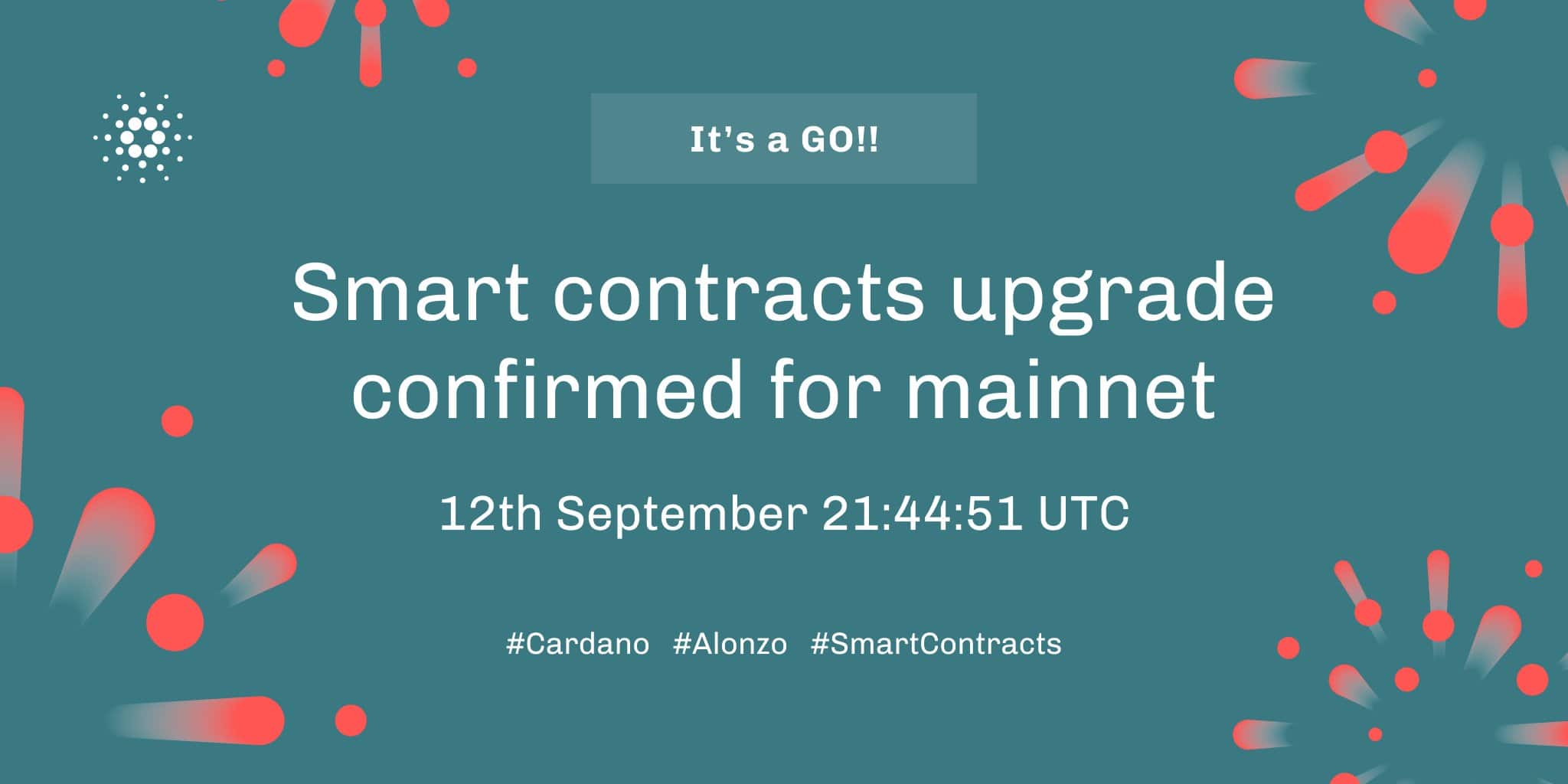 IOHK, the blockchain company behind Cardano has confirmed that its systems go for the Alonzo Hard Fork upgrade. This is a very important milestone for ADA as it brings  smart contract functionality to the Cardano network allowing it to enter the world of Decentralized Applications (dApps) and Decentralized Finance (DeFi).

Smart contracts refer to computer codes that automatically execute themselves one certain predefined conditions are met. This means that after the Alonzo hard fork is implemented, users will have the ability to create and deploy their unique smart contracts on the Cardano network, giving way to native dApps.

The upgrade to the Cardano platform which is expected to fully roll-out tomorrow September 12 marks the end of the Shelley era of Cardano and signifies the beginning of the Goguen phase. While there the date for the end of the Alonzo hard fork has not been set, developers across the Cardano blockchain have been working on testnets and have strictly followed a defined roadmap with specific milestones.

Reiterating this, IOHK tweeted the following while inviting the Cardano community to joining them to watch the event live: 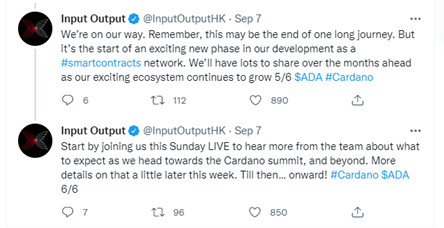 Criticisms and Support For ADA Price On Alonzo Upgrade

Amidst all the enthusiasm behind the Alonzo hard fork, the upgrade has not been without its share of criticism. The launch of the smart contracts on the testnet was widely criticised for not supporting concurrency. MinSwap was the first exchange to test Cardano’s smary contracts functionality and raised concerns regarding the support of more than one user at a time. They alleged that only one user could interact with the protocol at a time.

This has led to speculations that Cardano’s Alonzo hard fork upgrade will not be able to support dApps in the same wat they are supported on the Ethereum blockchain.

In response to these criticisms, IOHK has assured the Cardano community and other users the platform will implement a novel approach adding that a different operational mechanism has been applied successfully to abate the challenges.

Other users are however bullish on Cardano with Glauber Contessoto, a Dogecoin millionaire, saying that he was ready to go “all in” on Cardano and that he has plans to be its AD’s biggest fan.

On his part, DeVere’s CEO and Founder Nigel Green is predicting a $4 level for ADA price by the end of the year. Green said:

“Cardano (ADA) is now the world’s third-largest crypto behind ‘scene stealers’ Bitcoin and Ethereum. Its price has increased by around 1668% during the year so far. This impressive momentum is set to gain further pace as we move towards the end of the year. I believe we can expect Cardano to hit fresh all-time highs, reaching more than $4 by the end of 2021.”

Note that Green correctly predicted that the Cardano price would reach $3 last week. Other analysts are even more bullish with figures of $5 to $7 being mentioned by end of year.

Although the Cardano price descended considerably in Tuesday’s crash where it even fell to a low of $2.05, bullish momentum appears to be back on track with the price trading between $2.19 and $2.69. As stated earlier, There’s much anticipation for the ‘Alonzo’ hard fork upgrade as speculations on a bullish ADA loom.

For Cardano to remain bullish, it needs a daily close above the $2.68 resistance level. A clear bullish break out will be achieved if ADA overcomes the $2.84 major resistance level. If this happens, Cardano could tag the $3.0 psychological level. A push past this level could see the ‘Ethereum killer’ tag the all-time high (ATH) at $3.15 or even set a new ATH above $4 as speculated by some analysts. This would represent a 55% rise from the current price.

On-chain metrics from IntoTheBlock’s In/Out of the Money Around Price (IOMAP) model shows that ADA faces significance resistance around the $2.84 major resistance zone. This zone is within the $2.81 and the $2.89 price range where roughly 244, 850 addresses previously bought approximately 1.92 billion ADA.

If the ongoing correction continues and Cardano closes the day below the $2.5 support level, ADA price will drop to tag the $2.30 support level or the $2.13 major support zone embraced by the 50-day Simple Moving Average (SMA).

Where to Buy Cardano

If you want to purchase ADA, you can do so on the following crypto exchanges:
• eToro
eToro is one of the trusted exchange platforms in the crypto space. eToro supports copy trading, which allows new traders to learn from market experts. eToro also charges low trading fees and commissions.
• Binance
The other platform where you can buy Cardano is Binance. Binance is one of the largest exchange platforms. It supports a wide range of cryptocurrencies and trading pairs. It also offers user-friendly features.

Looking to buy or trade Cardano now? Invest at eToro! 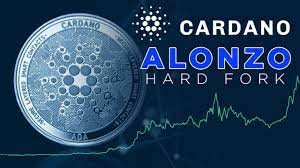 Cardano Alonzo hard fork will go live on Sunday September 12. The Alonzo upgrade is primarily designed to bring smart contract functionality on the Cardano network The upgrade could propel the ADA price towards the $4.0 mark. The much-awaited and publicized Cardano Alonzo hard Fork is soon approaching its launch and could propel the ADA price higher. According IOHK, the blockchain company behind Cardano, the upgrade’s countdown is less than 24 hours away at the time of writing. This upgrade, which set to allow the implementation of smart contract functionality on the Cardano network, will launch on Sunday September 12,…