Cardano price has emerged from a descending channel today on the one-hour chart, pressing ADA against the 61.8% retracement at $1.69. It is a positive development that virtually assures the digital asset will close above the 2018 high at $1.39 for the first time in four consecutive monthly attempts. It also  raises the probability of a bullish transition from the May volatility.

In the latest CoinShares Digital Asset Fund Flows Weekly Report, digital assets saw net institutional outflows for the second consecutive week, totaling $97 million and marking a net record for outflows. To provide perspective, it represents just 0.2% of total assets under management (AUM) and pales in comparison to the total YTD inflows of $5.5 billion.

The report did show altcoin inflows totaling $27 million, with Cardano registering the largest institutional inflows at $10 million. It was the second consecutive week of ADA inflows, lifting YTD inflows to $24 million for Cardano institutional investment products. Coinbase suggested that the bullish inflows may “represent investors actively choosing proof of stake coins based on environmental considerations.”

On May 25, Cardano price released from an inverse head-and-shoulder pattern on the four-hour chart, but it failed to cultivate emotion and commitment among ADA investors, leading to a pullback. Yesterday, the retreat undercut the right shoulder low at $1.43, voiding the pattern.

The ADA pullback forged a descending channel on the four-hour chart, reaching support around the 2018 high at $1.39 before staging today’s upside breakout. Cardano price is currently resting on the 200 four-hour SMA at $1.62 and just below the 61.8% retracement of the May correction at $1.69. 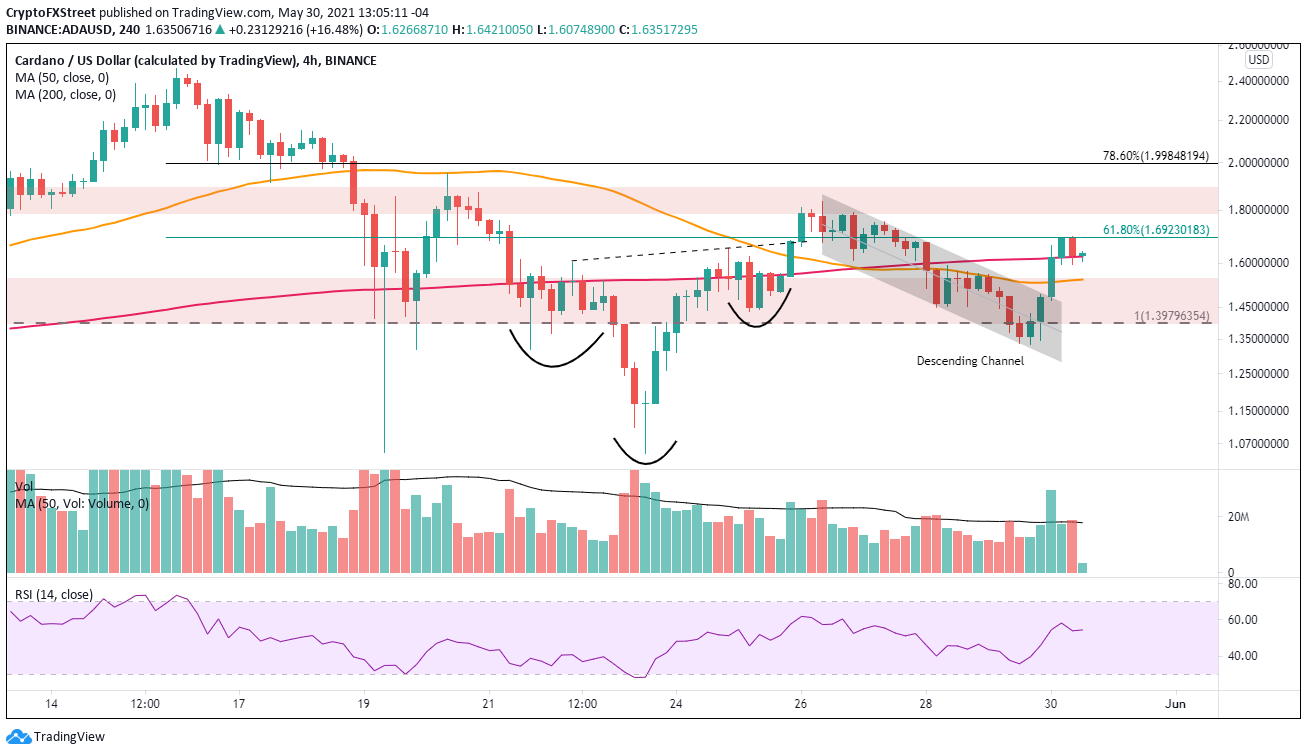 The renewal in Cardano price strength will first find resistance at a cluster of price congestion going back to May 7, around $1.79-$1.89. Further resistance emerges at the junction of the 78.6% retracement at $1.99 with the psychologically important $2.00.

With patience, Cardano price should revisit the all-time high at $2.51, representing a 50% gain from the price at the time of writing. 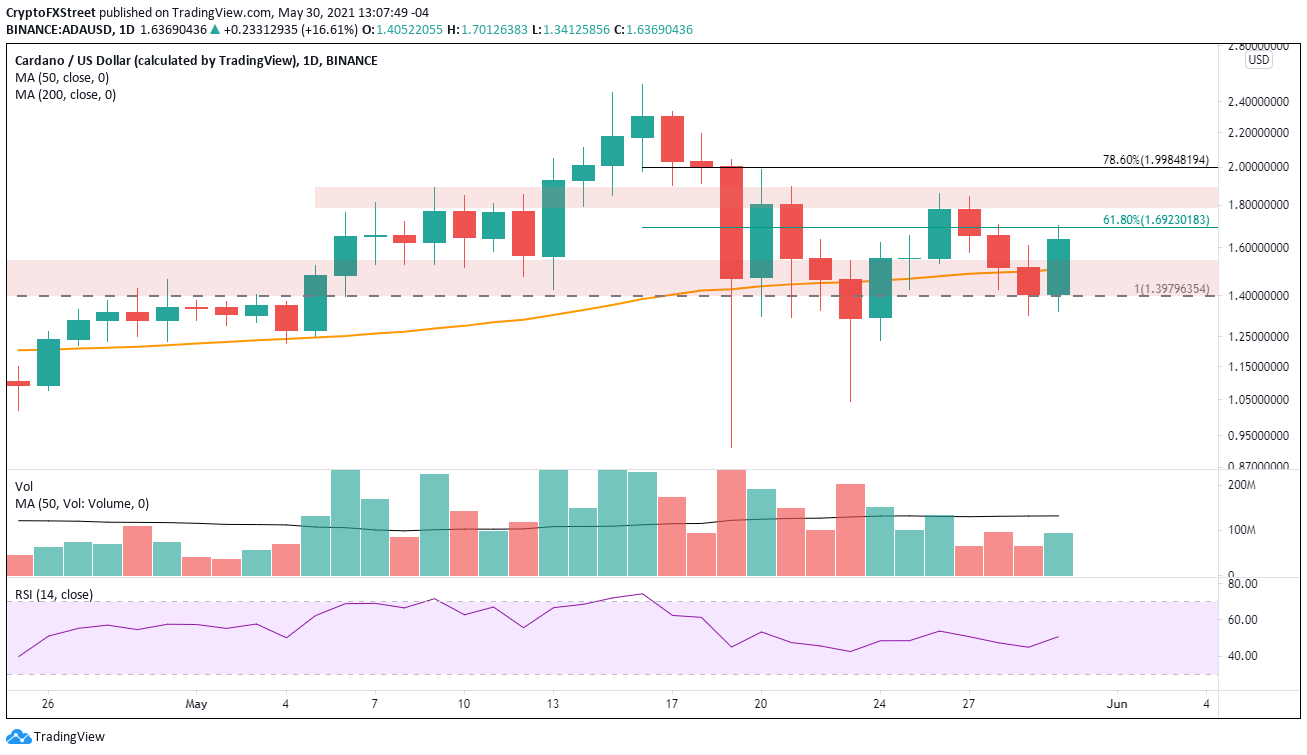 Environmental considerations have captured the interest of crypto investors due to the notable impact of mining has on the earth. Elon Musk was instrumental in creating the message when he decided that Tesla would no longer accept BTC as a payment method because of the tremendous power usage, primarily derived from fossil fuels. For Cardano, an ecosystem designed to be environmentally friendly, the awareness is a bullish inflection point for their growth. It will reinforce ADA relative strength in a period of broader market volatility.

US / Sino trade relations are back in focus

Cardano price gain of 15% lifts ADA above the 2018 high and 50-day simple moving average (SMA). ADA on pace to close May with a double-digit gain, despite the crash and resulting volatility. Weekly close above 61.8% Fibonacci retracement level turns the tables on the bearish narrative. Cardano price has emerged from a descending channel today on the one-hour chart, pressing ADA against the 61.8% retracement at $1.69. It is a positive development that virtually assures the digital asset will close above the 2018 high at $1.39 for the first time in four consecutive monthly attempts. It also  raises the…