On the 15-minute chart, Cardano has established a symmetrical triangle pattern which is on the verge of a breakout. Climbing above $0.92 would drive Cardano price by up to 10% towards a new high at $1.01. 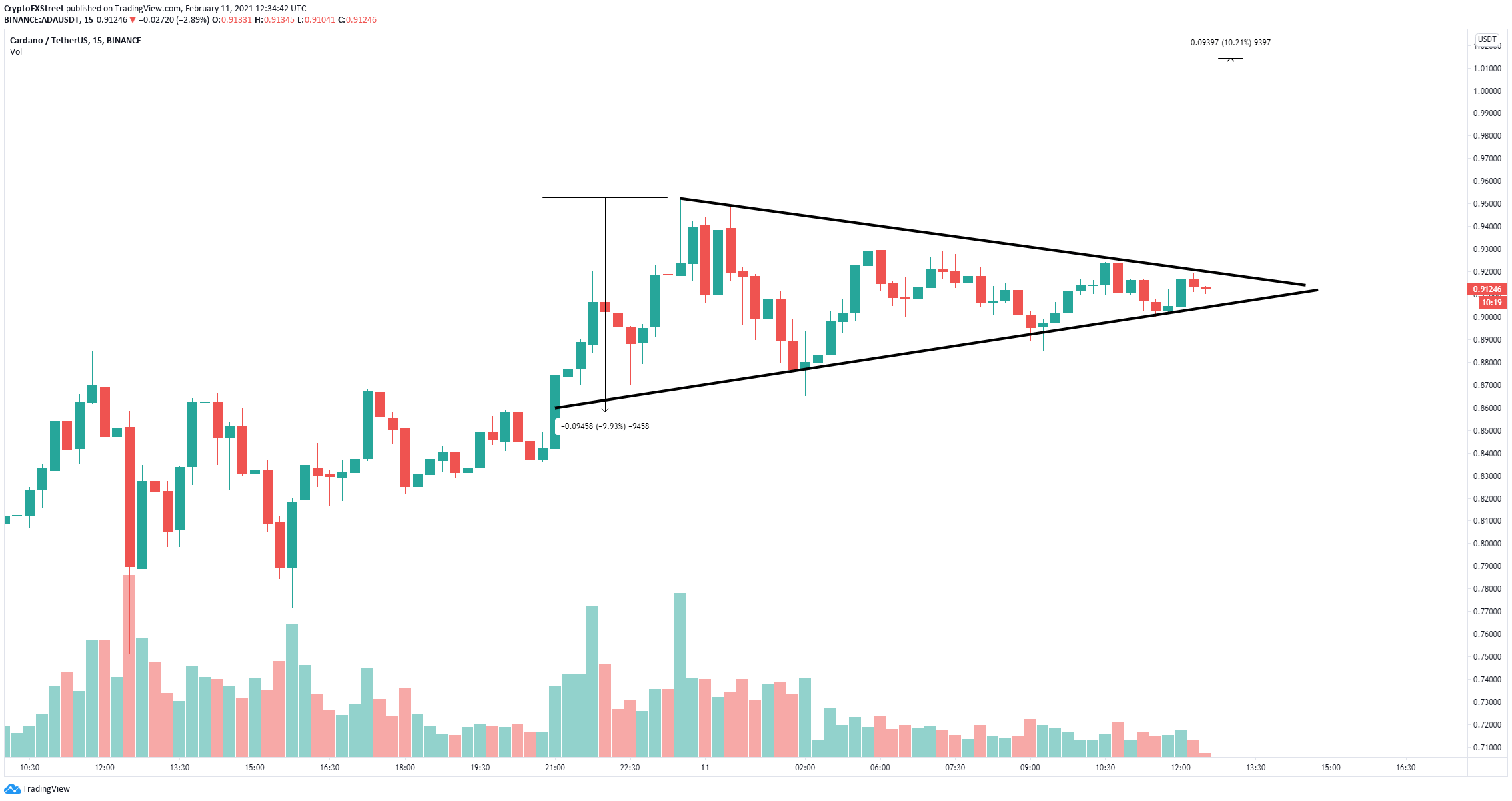 The bullish outlook seems to be more likely as the In/Out of the Money Around Price (IOMAP) model shows no clear resistance levels on the way up above $0.9. On top of that, the growth of Cardano’s network has been colossal in the past week.

According to the most recent statistics, the number of new addresses joining the Cardano network has increased by a whopping 124% in the past week. Additionally, the amount of active addresses has also risen by 140% which indicates the recent bullish momentum has a lot of strength behind it.

On the other hand, the IOMAP model shown above also indicates that there are no significant support levels until the area between $0.8 and $0.83. The symmetrical triangle pattern on the 15-minute chart could also see a breakdown. 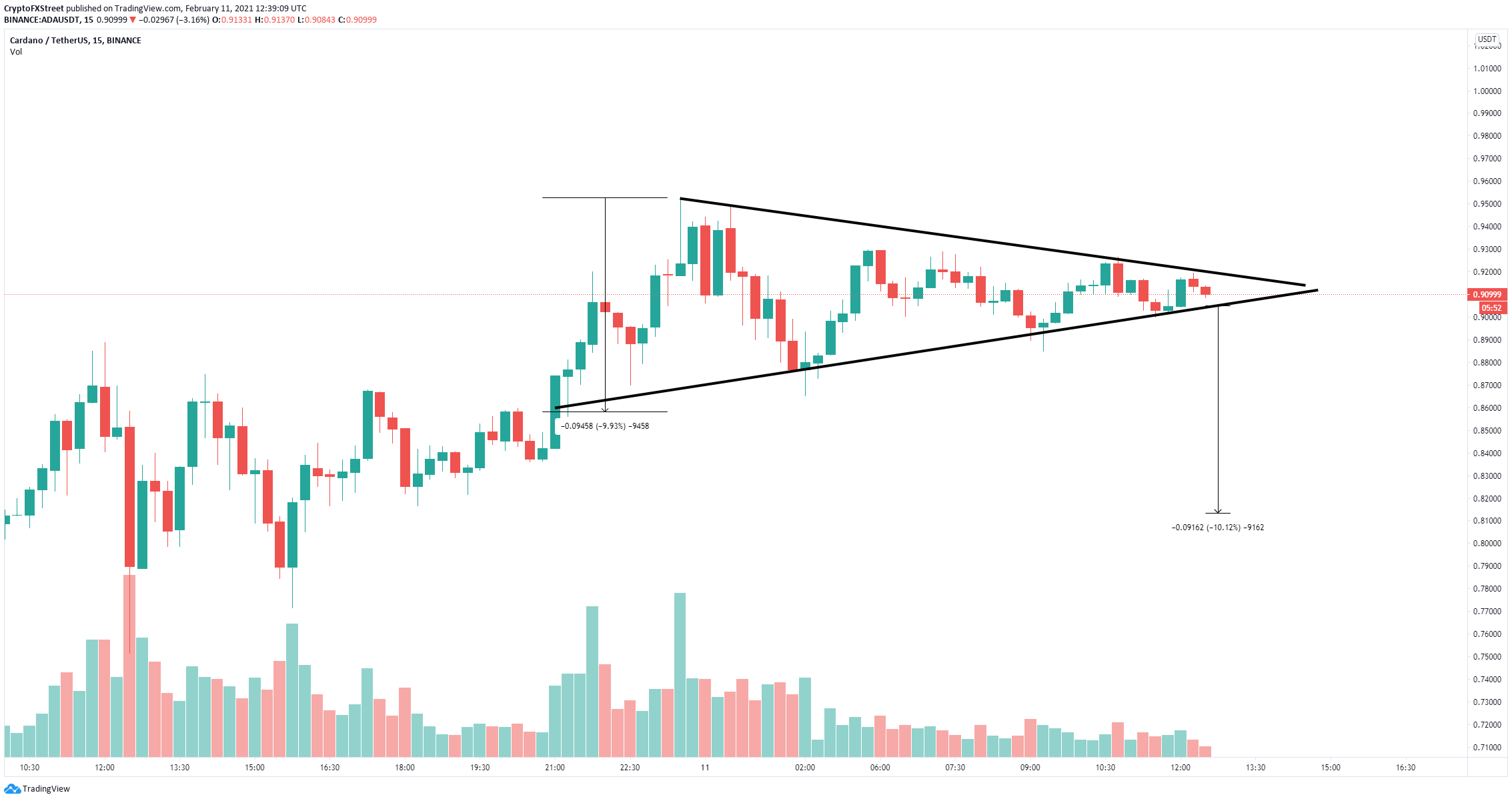 Losing the key support level at $0.90 would be a breakdown capable of pushing Cardano price down to $0.81, another 10% move.

Cardano price is contained inside a symmetrical triangle pattern on the 15-minute chart. The digital asset is on the brink of a 10% move towards $1. On-chain metrics suggest that ADA is facing almost no barriers on the way up. Cardano is up by more than 112% in the pat week reaching a market capitalization of $28 billion, overtaking XRP by a lot. The digital asset is on the verge of passing Tether as well, which stands at a $30.7 billion market capitalization.  Cardano price can quickly jump to $1 as it faces low resistance On the 15-minute chart, Cardano…