Cosmos blockchain’s vulnerability might have been fixed with a recent update, but bears still seem to be in control of the ATOM price.

Cosmos blockchain’s Gaia v4.1.0, launched 15 days ago, had a critical security vulnerability and is being fixed in the latest update.

The Gaia v4.2.0 was released earlier on Friday, and the developer stated:

User funds are NOT at risk; however, the vulnerability can result in a chain halt. This release fixes the identified security vulnerability.

However, users running the Cosmos validator nodes with sufficient voting power must manually upgrade and come online if the chain halts on or during the upgrade.

While this eliminates the chances of a chain halt and should be bullish, the ATOM price disagrees.

ATOM price on the verge of crash

The ATOM price recently broke through the 23.6% Fibonacci retracement support level at $17.81 after a 33% crash. This downtrend also flashed a sell signal by the SuperTrend indicator on the 12-hour chart.

At the time, ATOM had already tested this demand barrier almost five times in the last month, making it weaker. If this bearish run continues to push Cosmos price lower, it will approach the Tom DeMark Sequential indicator’s breakout line at $17.

The ATOM price could suffer a 10% crash to $15.1 if the level mentioned above is breached. Adding credence to the bearish outlook is the invalidation of the recent buy signal by the TD Sequential indicator, presented in the form of a red nine candlestick.

Therefore, if the bearish momentum persists around $15.1, investors can expect a 20% drop to the 200 Simple Moving Average at $13. 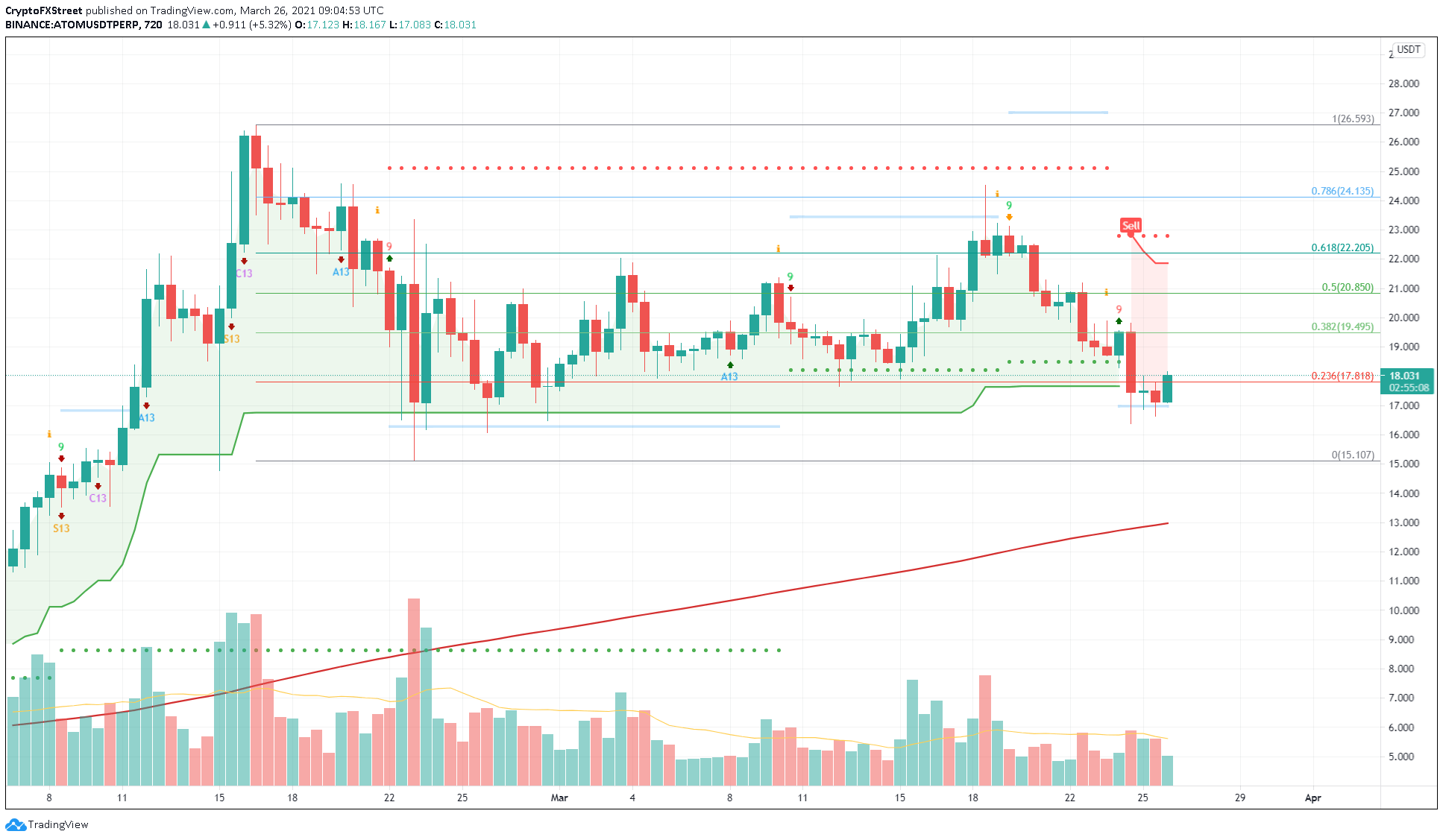 On the other hand, if the ATOM price reclaims the $17.8 level due to an unforeseen spike in bullish pressure, the current pessimistic outlook could be postponed.

If buyers continue to accumulate here, leading to a decisive close above $19.49, coinciding with the 38.2% Fibonacci retracement level, it will create a higher high. Additionally, this would also increase the likelihood of a new uptrend’s evolution.