BTC/USD is currently trading at $8,400 (-3.40%) in the afternoon in U.S. hours, as markets bears break critical $8500 price mark, allowing for a wave of further downside pressure. 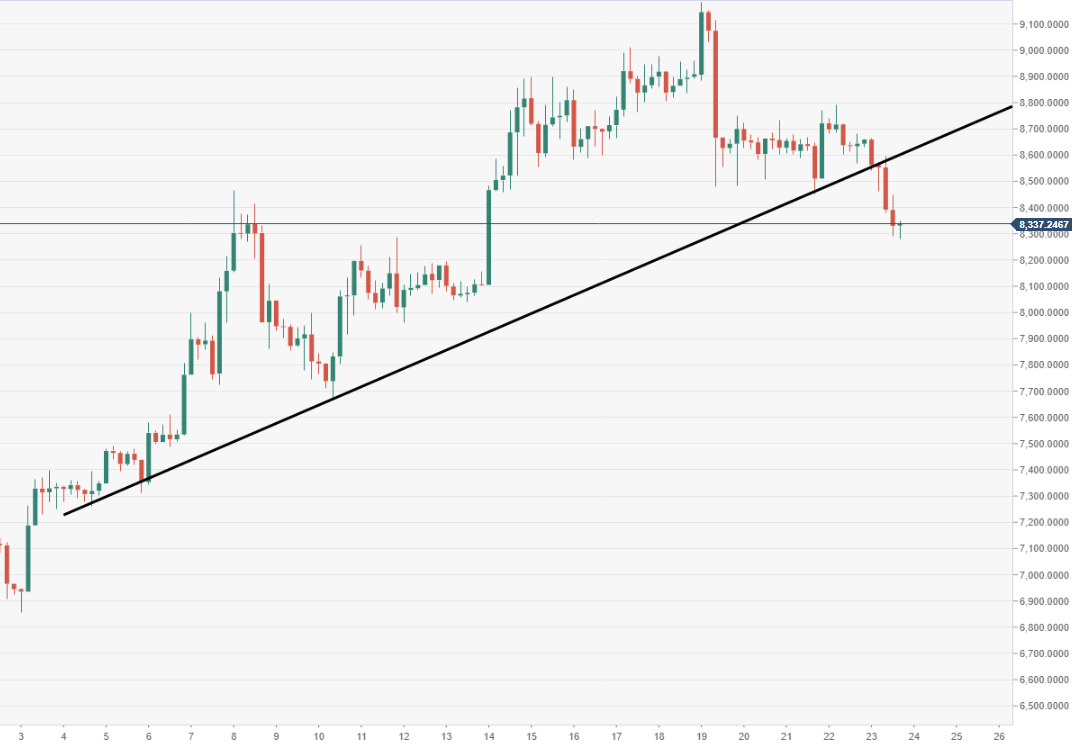 Miners on the Bitcoin Cash network appear to be preparing a plan to finance the protocol’s development using their own block rewards. The controversial plan would see 12.5 percent of the total BCH coinbase go towards those building on the network.

The Russian Federation has a new prime minister, Mikhail Mishustin. The former head of the Russian tax agency has made comments about cryptocurrencies on multiple occasions. He made it clear he viewed digital currencies as financial instruments that should be taxed as such. Meanwhile, the Russian Direct Democracy Party plans to find solutions to numerous issues that concern the crypto space.

Grayscale Bitcoin Trust (GBTC) has obtained approval from the U.S. Securities and Exchange Commission (SEC) to become a reporting company, thus registering the company’s shares with the Commission.

In a filing with the court of the Southern District of New York the SEC responded to Telegram’s earlier motion for summary judgment. In it, the SEC disparaged the Telegram Open Network (TON) — Telegram’s blockchain — as well as the operation’s Gram (GRM) token.  “Telegram Has Put Forth No Evidence Regarding the TON Blockchain’s State of Development at Launch,”as per the document, Adding;“Telegram Marketed Few, if Any, Expected Uses for Grams.”

In the future, people won’t spend so much time “investing,” they’ll just keep their money in Bitcoin and work on building stuff.