Home » Crypto Today: Bitcoin must hold $5000 this time or face much punishment from bears

Crypto Today: Bitcoin must hold $5000 this time or face much punishment from bears

Chart of the day: BTC/USD daily chart (price action is narrowing within a bearish pennant structure) 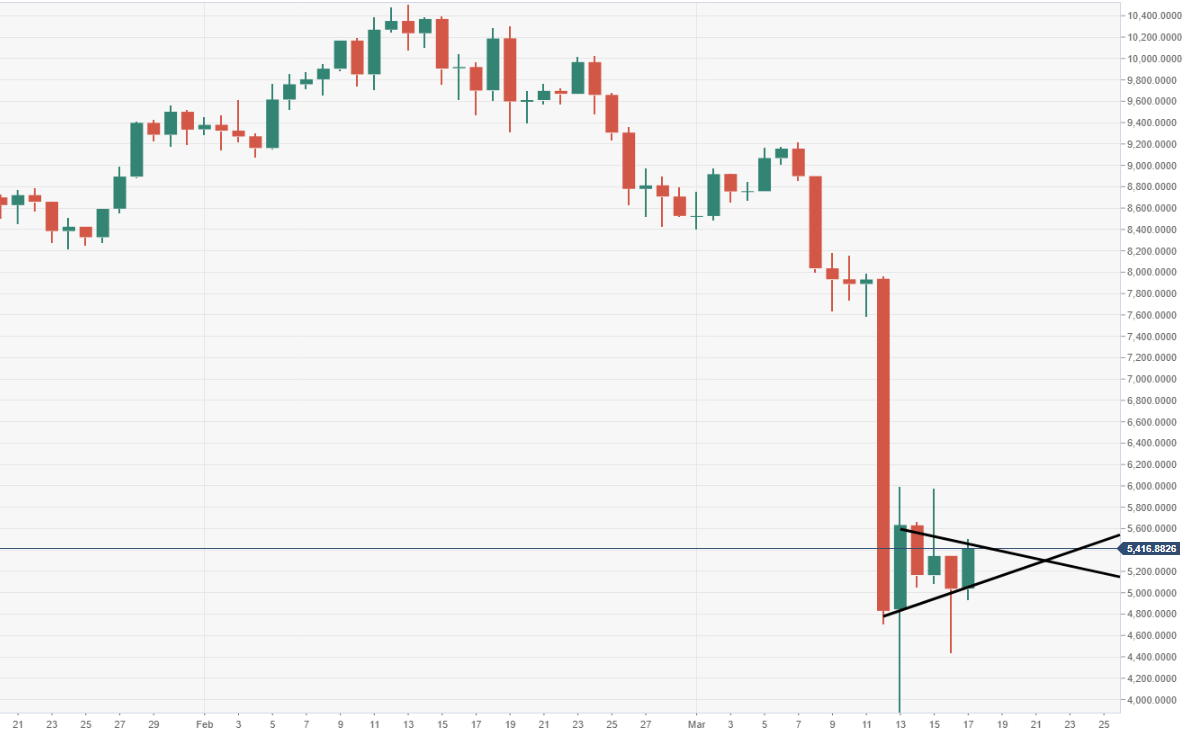 Coinbase and Circle-backed USDC is now available for use as collateral on the premiere DeFi platform following an executive governance vote, according to a blog post.

Overstock, the bitcoin-friendly retail company and the parent of security token marketplace tZERO, was subpoenaed twice by the Securities and Exchange Commission (SEC) at the end of last year, according to the company’s annual report.

Zimbabwe’s central bank has announced that it is working on creating new regulations for the fintech industry and that this will include the crypto sector.

Rhode Island state representatives David Place and Blake Filippi sponsored a new bill on March 11, called the Rhode Island Economic Growth Blockchain Act. Complete with a state regulatory sandbox, the filing pointed toward blockchain and other emerging technologies as a way of keeping up with the times.

According to the Economic Times of India, Binance launched a $50 million USD, fund dubbed “Blockchain for India” to help boost development in the blockchain industry and to “open up direct access to Binance’s global blockchain ecosystem to India’s entrepreneurial community.”

Toyota has revealed that it has been in the process of setting up a blockchain lab since April 2019. Various Toyota Group companies will allow for information to flow across the company in a secure manner using a distributed ledger. The company is now gearing up for external testing, according to Ledger Insight.

Google Pay users can now make payments with cryptocurrencies, thanks to a tie-up with Coinbase‘s debit card offering.

The question I hope everyone will soon ask:

If the government can just print money, why do we pay taxes at all?

Going down that rabbit hole will eventually lead them to #Bitcoin