Crypto Today: Bitcoin must hold above $9000 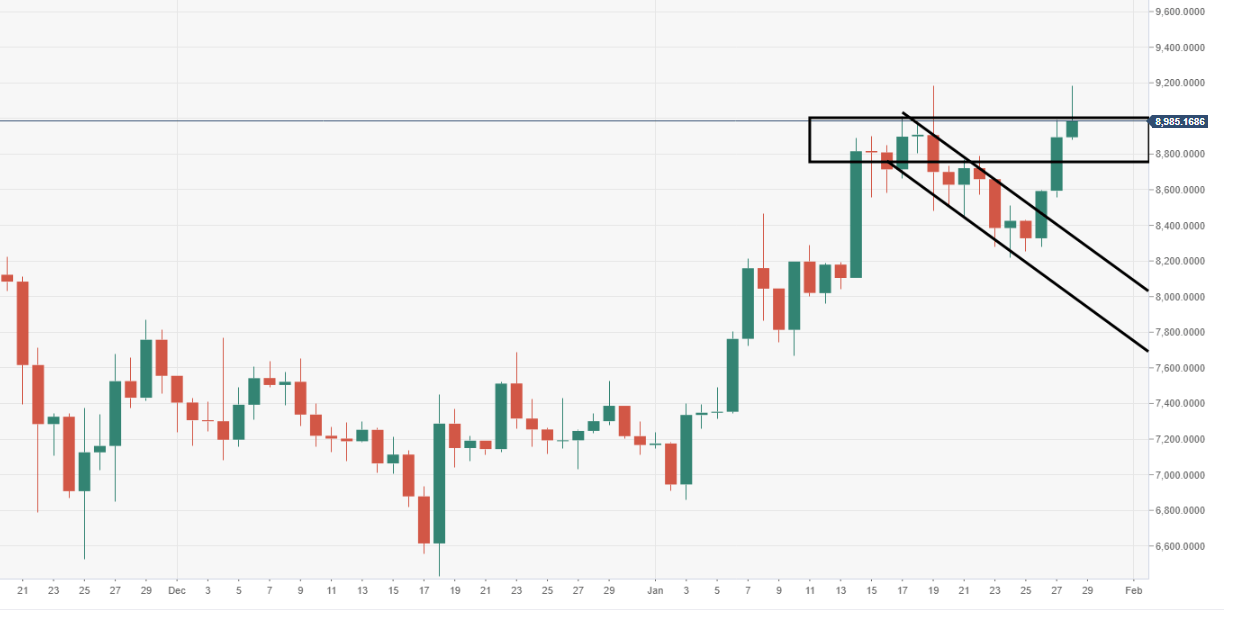 According to Charles Hoskinson, the CEO of IOHK, heavy efforts are currently underway both at IOHK and at the Cardano Foundation to push product marketing and develop the commercial side of the blockchain. In a recent update, Hoskinson addressed some of the issues users had with the Shelley Incentivized Testnet, emphasizing that despite its success, it was still a developing product.

Mining pool Bitcoin.com will not now support the controversial bitcoin cash development fund proposal without broader agreement from the community. In a blog post published earlier on Tuesday, Bitcoin.com said it would no longer back the existing plan for a dev fund unveiled last week by the CEO of mining pool BTC.TOP, Jiang Zhuoer.

Singapore’s new financial legislation is aimed to increase crypto-related activities in the country. Notable crypto operators and exchanges support the move to obtain a Singaporean license.

According to a recent report by the South China Morning Post, a former deputy governor of the People’s Bank of China (PBoC), Zhu Min, has advised the country to exercise caution in its response to Facebook’s Libra. Instead, the former central bank official thinks the Chinese government should collaborate with other regulators to regulate the stablecoin by the Menlo Park-based social media giant.

IBM has received a U.S. patent for a type of “self-aware token” that can record its own transaction data. According to the patent, the concept makes it possible to create a “complete lifecycle” for tokens that can include data on the payment location and amounts transacted, as well as any information regarding previous token holders. The token cannot store transaction data itself, but would store it on some sort of personal device, like a phone or laptop, or alternatively a purpose-built database.

Gemini Europe — the United Kingdom and EU affiliate of the Winklevoss twins’ United States-based crypto exchange Gemini — has appointed a new chief compliance and money laundering reporting officer. As part of the firm’s expansion into the transatlantic market

Alan Draper3 years
Scroll Up
We use cookies to ensure that we give you the best experience on our website. If you continue to use this site we will assume that you are happy with it.Ok