Bitcoin keeps hovering around $8,200 as bears push the price down 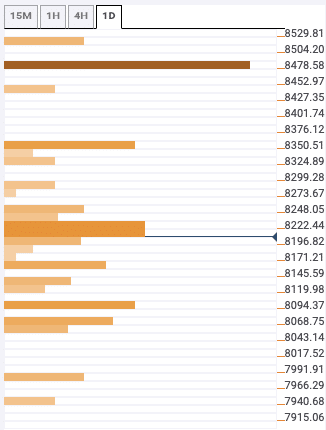 Ethereum price analysis: ETH/USD struggles to break past resistance at the SMA 20 curve

Bitcoin has remained intriguingly bullish after thrusting through several resistance levels this week. Notably, the BCH sunk under the support at $210 on Friday following a relatively bearish market.