BTC/USD Price Update: The price of Bitcoin shoots down as sentiment weakens

The BTC/USD price shot down on an intraday basis amid no real fundamental catalyst.

Incidentally, some macroeconomic news hit the wires with some more issue between the US and China on trade.

As you can see on the chart below the price sold off by USD 137 over a 45 minute period with a few really strong flashes to the downside.

As always our analysts will be on the lookout for any news following this move.

Ripple’s XRP price is trading in the red by some 0.65% in the session on Wednesday. 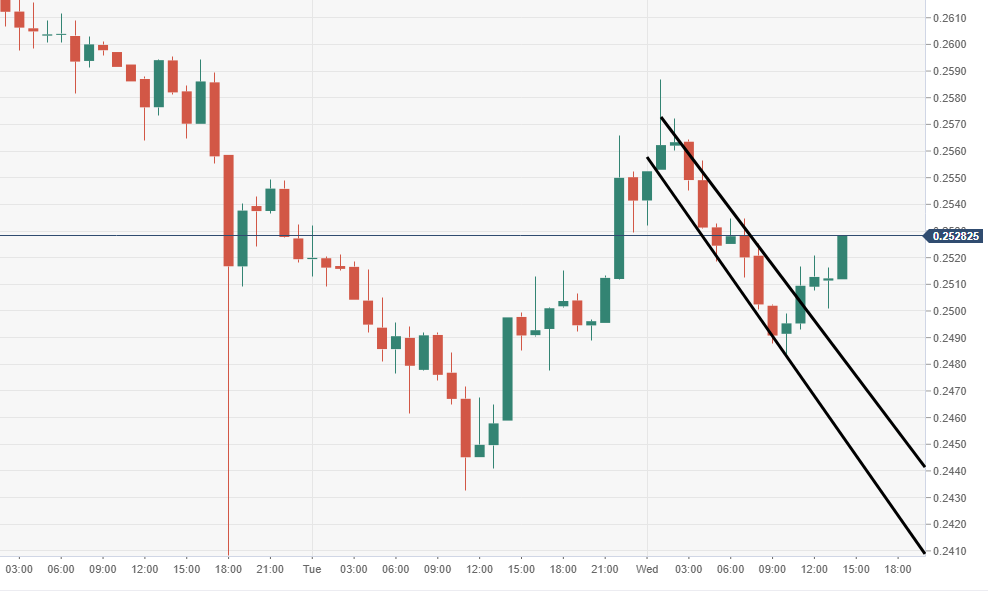 The LTC/USD hourly chart below is showing some signs of a base formation after hitting a low of 54.10 on Tuesday.

The pattern can be both a continuation and reversal pattern and it depends on which way it breaks.

The plus point for the bulls is that the 55.00 psychological level has been taken again on the upside.

For any confirmation of a move higher 56.32 is the level to beat. 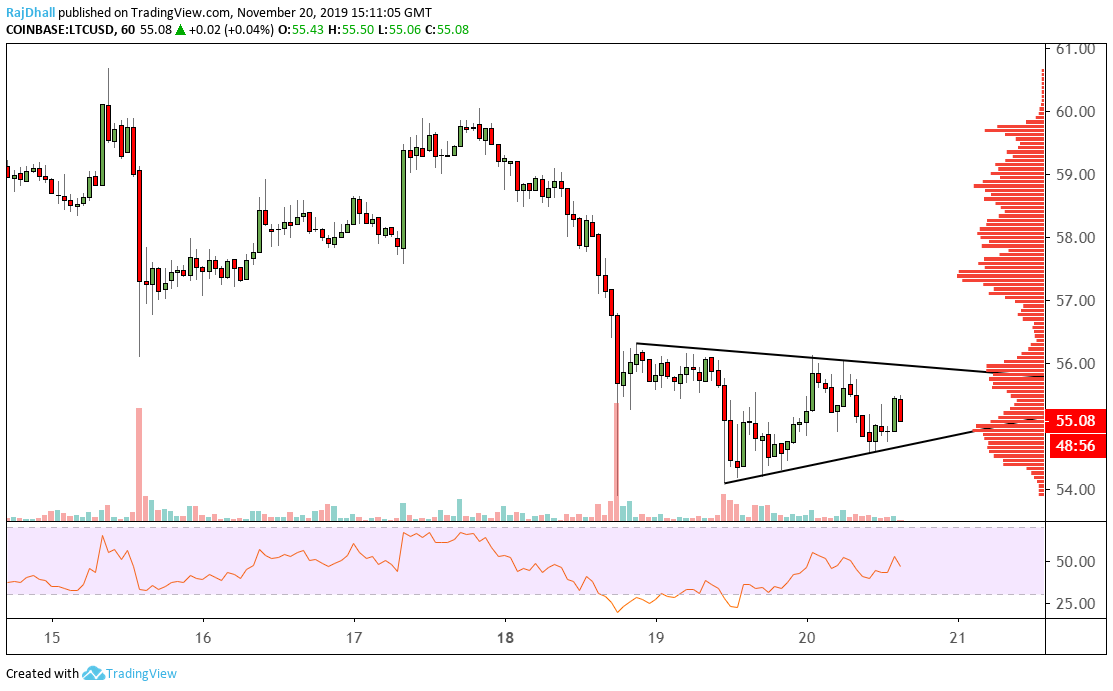