DASH is trading just under $100, and unlike most altcoins, it hasn’t seen a full-blown rally yet. However, the recent breakout from a symmetrical triangle pattern might give this cryptocurrency a chance to shine.

Since DASH’s breakout of the symmetrical triangle pattern, the price has tested the pattern’s upper trendline, which is quite bullish.

Although DASH’s retest of such a significant support level is not over yet, Bouncing from it would add credence to the optimistic outlook. The distance between the triangle’s highest points suggests that Dash price may surge by nearly 400%.

If this were to happen, the privacy coin could move past the$400 mark. 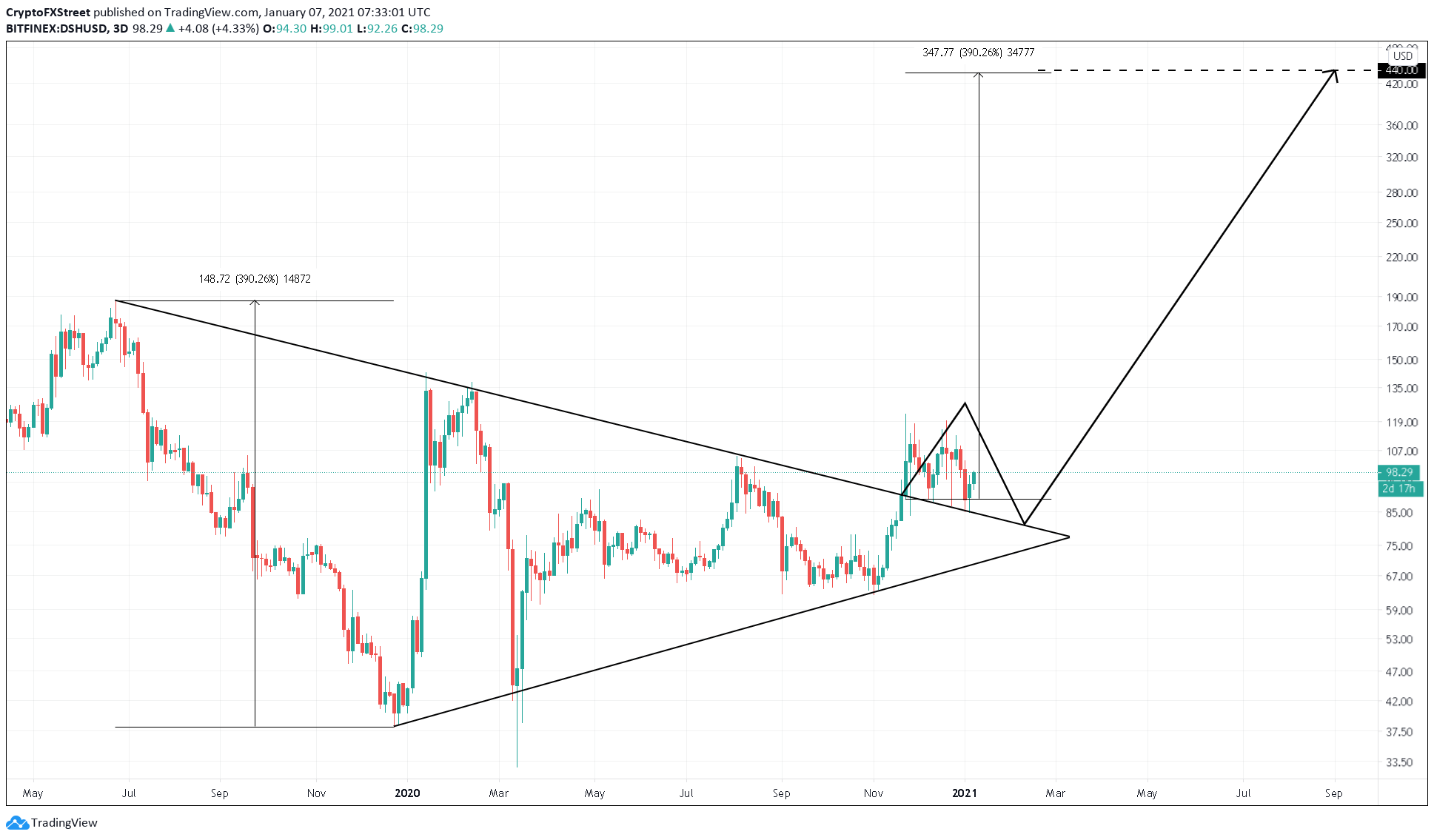 Dash’s uptrend will remain intact as long as the $90 support holds, which according to IntoTheBlock’s IOMAP, there is a high probability this will happen. The on-chain metric shows that nearly 55,000 addresses had previously purchased over 750,000 DASH around this price level.

Such a vital interest area may serve as a rebound point that allows this altcoin to regain lost ground.

Failure to bounce from the underlying support could see Dash price slide into the symmetrical triangle pattern and look for support around its lower trendline, at $75.

Dash price hints at a 400% surge as it breaks out of a multi-year consolidation pattern. The privacy coin's surge depends on a successful bounce from a critical level of support. DASH is trading just under $100, and unlike most altcoins, it hasn't seen a full-blown rally yet. However, the recent breakout from a symmetrical triangle pattern might give this cryptocurrency a chance to shine. Dash price bounce from a crucial level could catapult it above $400 Since DASH's breakout of the symmetrical triangle pattern, the price has tested the pattern's upper trendline, which is quite bullish. Although DASH's retest of such a…