Latest
You are at:Home»Crypto News»Dogecoin Price Forecast: DOGE base targets at least 30% upside

Dogecoin price declined almost 50% from the April 16 high to the April 17 low, reminding speculators that DOGE did have two sides. Since the price low, the altcoin rallied close to the all-time high at $0.4532 by April 19. In the process, DOGE has shaped a cup-with-handle base on the 1-hour chart that projects at least a 30% gain from the handle high.

Dogecoin price rally to $1 is a 17% probability, up from 2.9% according to us-bookies.com

The IntotheBlock In/Out of the Money Around Price data shows significant support for DOGE between $0.3193 to $0.3196, where 1.96k addresses bought 2.09 billion Dogecoin. The solid support aligns perfectly with the 50 one-hour simple moving average (SMA) and is slightly below the handle low.

Moving forward, based on pattern symmetry, speculators should anticipate a breakout from the base in three to four more hours if the inherent bullishness holds. The breakout should occur on more robust volume and be impulsive.

If the Dogeday does gain traction, speculators should mark the commonly derived measured move at $0.8411, a 92% gain from the handle high. Do not rule out the magnet effect of the psychologically important $1.00. 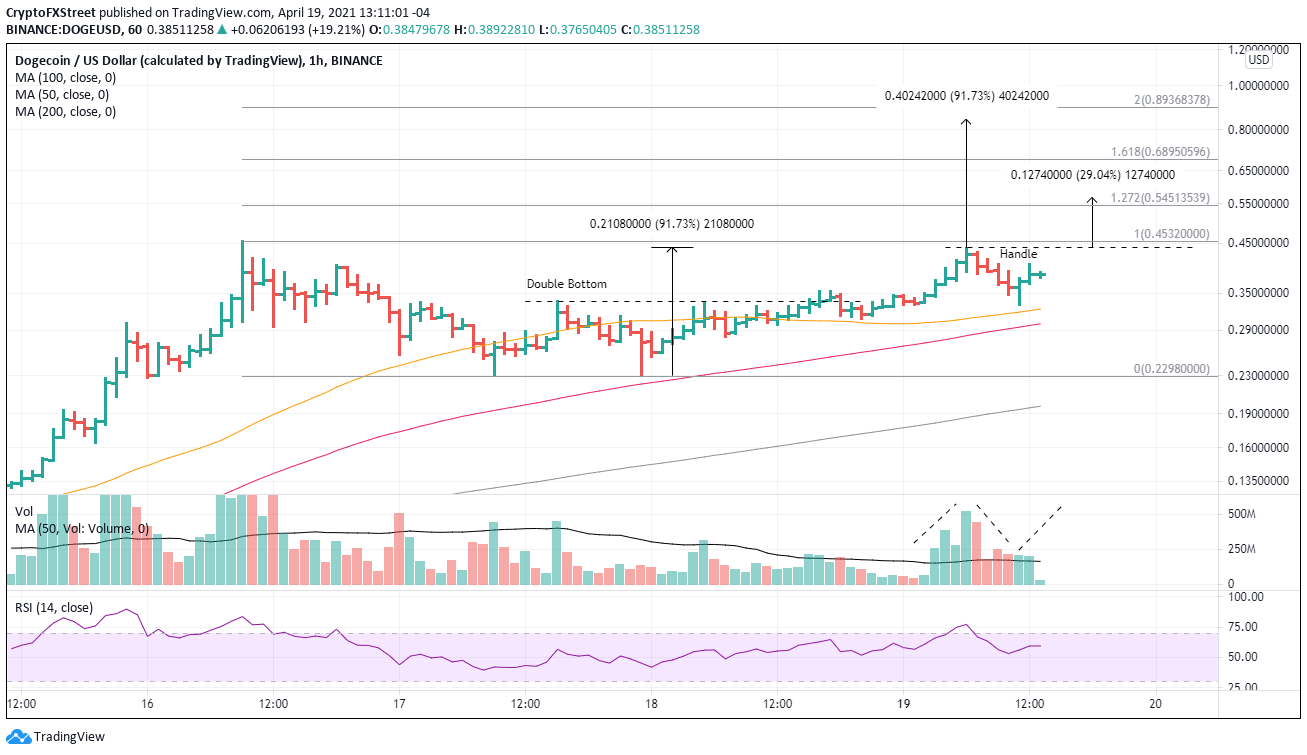 Cryptocurrency volatility could quickly return and disrupt the base construction, so the support at the 50 one-hour SMA at $0.3225 is critical to the outlined working thesis. Immediately below is the 100 one-hour SMA at $0.2995. Any weakness below there welcomes a retest of the weekend low at $0.2298.

Get the 5 most predictable currency pairs
Previous ArticleZilliqa Price Forecast: ZIL on the verge of a brutal fall
Next Article GBP/JPY bulls coming up for their last breath?