Home » Dogecoin Price Forecast: DOGE on the verge of a 75% lift-off

Dogecoin Price Forecast: DOGE on the verge of a 75% lift-off

Dogecoin price has been lull ever since the local top on February 7. However, a 20% surge due to Elon Musk’s recent endorsement has led to a breakout from a bull flag pattern. Now, the meme coin could surge 75% to record levels soon.

Dogecoin price poised for a leg up

Dogecoin price attempted to breach its all-time high as it surged 300% between January 30 and February 7. This bull rally formed the “flag pole,” a basis for the bull flag pattern. The consolidation that followed the explosive rally resulted in a “flag.”

This technical formation projects a 75% surge, determined by adding the flag pole’s length to the breakout point at $0.055 or the 50% Fibonacci retracement level. This target puts DOGE at $0.095.

Dogecoin price breached this resistance barrier on February 24, 12:00 UTC. Since then, DOGE is hugging closely to this line, building up bullish momentum for the next rally. 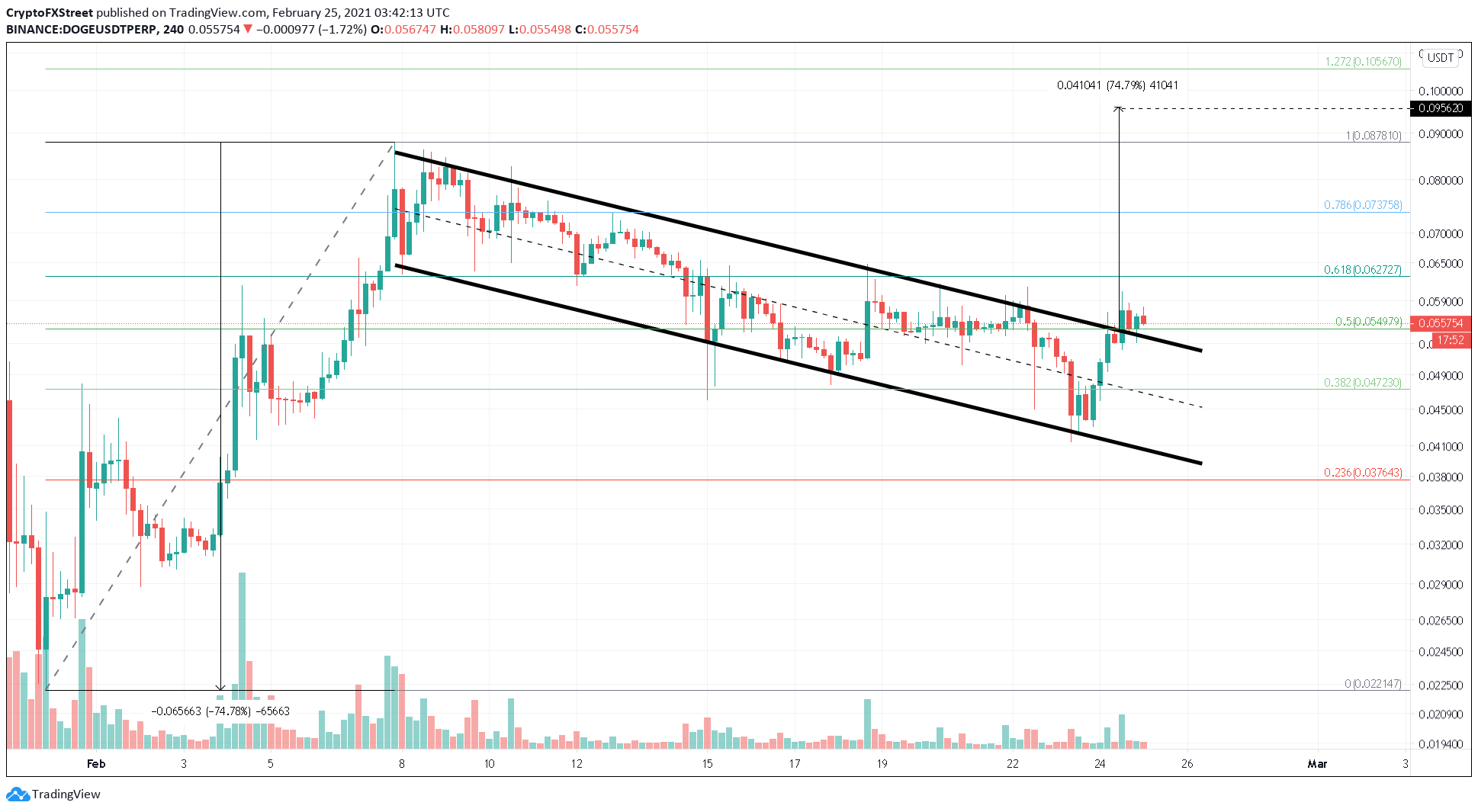 Adding credence to DOGE’s bullish thesis is the SuperTrend and the Parabolic SAR indicator, both of which have flashed a buy signal on February 24. 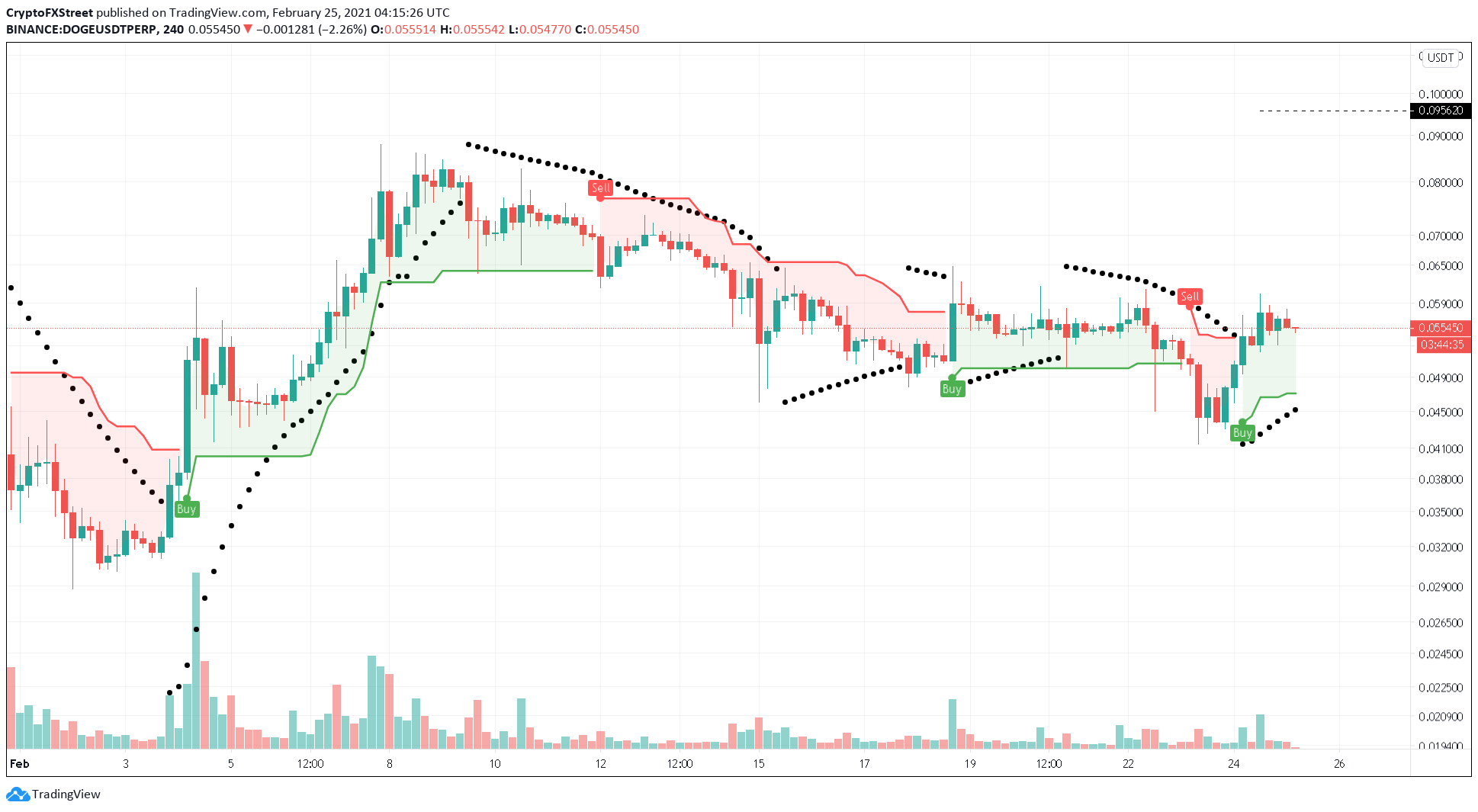 While everything seems to be bullish, Dogecoin price needs to hold the support at $0.055. A failure to do so will result in a 15% pullback to $0.047 or the 38.2% Fibonacci retracement level.

A further spike in selling pressure could extend the downswing by 20% to $0.037.

GBP/USD: Bulls have reasons to demand 1.4200 but not much beyond that