Latest
You are at:Home»Crypto News»Dogecoin Technical Analysis: DOGE/USD succumbs to selling pressure and is down 17% after a massive rally

Dogecoin was trading around $0.002 at the beginning of the month until a massive promotion over TikTok pumped the coin up to $0.0055 in basically no time. Of course, the massive rally had to stop at some point and DOGE is currently crashing, trading at $0.0035, still up almost 100% since its price before the pump. 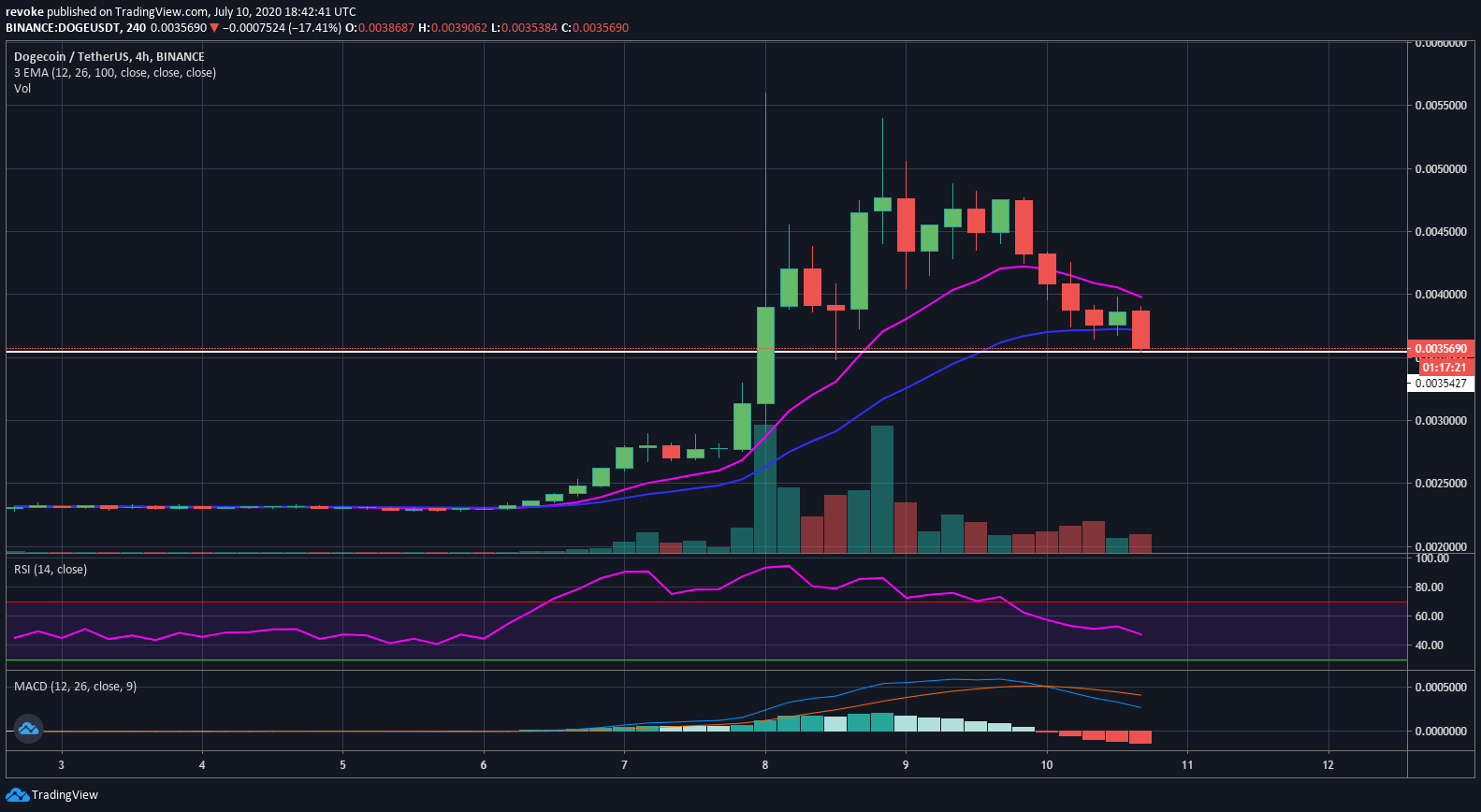 The 4-hour chart is currently in a downtrend after bulls lost the 26-EMA at $0.0037. The RSI has cooled off significantly and the MACD crossed bearishly on July 9. There is not a lot of support nearby because the move up happened too quickly, the closest support level can be found at $0.0026, the low of July 7.

Get the 5 most predictable currency pairs
Previous ArticleUSD/CAD Price Analysis: More sideways action but the price is close to some important zones
Next Article Dollar Index Price Analysis: The DXY continues to resist moves lower