The head of the European Central bank, Christine Lagarde, says that cryptocurrencies such as Bitcoin do not fulfil the functions of money due to various issues, including high volatility, low liquidity and the lack of identifiable issuer or claim.

Christine Lagarde pointed out that the Central Bank wants to keep up with the financial innovations and ensure that the euro is fit for the digital era. That is why the ECB Governing Council is exploring the opportunities of creating the digital version of the single currency.

As FXStreet previously reported, the ECB published a report on a digital euro launched public consultations on the matter.

The digital euro would be regarded as a form of an existing currency that would cater to the changing needs of the population and allow the ECB to stay on top of the digitalization trend.

A digital euro would complement cash and ensure that consumers continue to have unrestricted access to central bank money in a form that meets their evolving digital payment needs, Lagarde said (translated from French).

On the reason why the regulator is yet to make a final decision on issuing its own coin, the governor emphasized that it might be useful in various scenarios in the future, including decreased cash usage.

While Eurozone is still in love with cash, many countries moved towards cashless societies for years. For example, in Sweden, the percentage of cash usage for payments below 100 SEK dropped from 59% in 2010 to 21% in 2020. 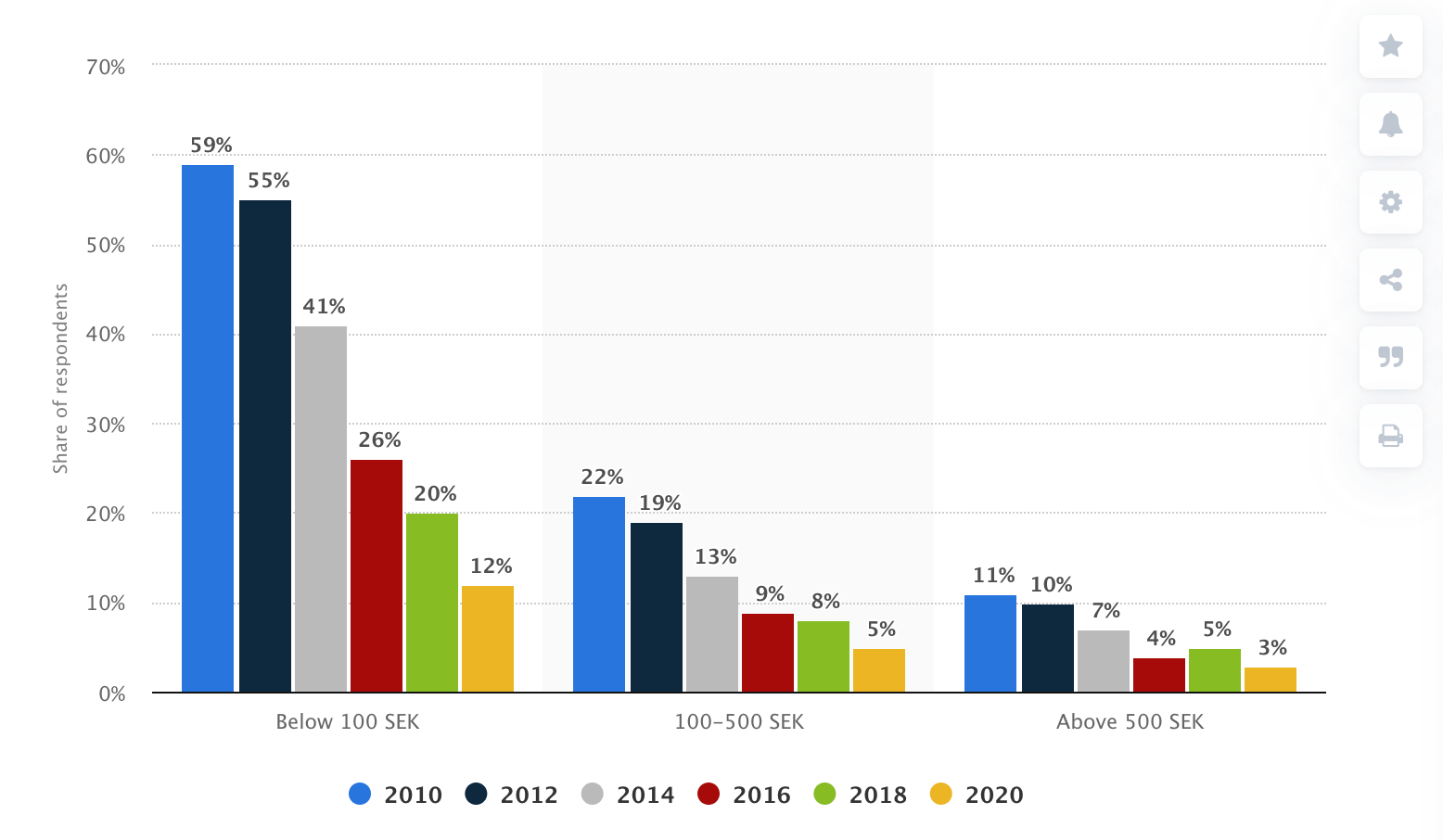 Similar trends are visible in large Asian economies, including China, where the government is one pace away from launching the digital version of yuan.

The process gathered pace during the COVID-19 pandemic. Thus, according to the research conducted by Boston Consulting Group (BCG), the share of cash payments dropped drastically across the globe: in the United Kindom, retail users reduced their cash payments by 62%, in Canada by 59% and in Australia by 53%.

Cryptocurrencies are not welcome

Meanwhile, speaking about digital currencies, based on the distributed ledger technologies, Christine Lagarde said that they are not as functional as traditional money. She presented a long list of risks that prevent cryptocurrencies from fulfilling the functions of a reliable medium of exchange.

Thus the ECB’s Governor pointed out that the main risk is that they rely too much on the technology.

The main risk lies in relying purely on technology and the flawed concept of there being no identifiable issuer or claim. This also means that users cannot rely on crypto-assets maintaining a stable value: they are highly volatile, illiquid, and speculative, and so do not fulfill all the functions of money (translated from French).

While stablecoins solve some of the issues typical of crypto-assets, their wide adoption on a global scale could threaten most countries’ financial stability and monetary sovereignty if an issuer did not guarantee a fixed value on it.

Apart from that, stablecoin’s mass adoption can lead to run off banks and impact banks’ operations and the transmission of monetary policy.

ECB's governor clarified the central bank's attitude towards the digital euro. The regulator does not consider cryptocurrencies as a functional type of money. The head of the European Central bank, Christine Lagarde, says that cryptocurrencies such as Bitcoin do not fulfil the functions of money due to various issues, including high volatility, low liquidity and the lack of identifiable issuer or claim. Speaking in an exclusive interview with L'ENA hors Les Murs magazine, the central banker detailed the institution's position towards digital euro and cryptocurrency assets.  Digital euro will complement cash Christine Lagarde pointed out that the Central Bank wants to keep up with…