The Enjin Coin has experienced a massive rally after Coinbase announced it will list the digital asset. The surge from $2.02 to $4 took less than three days, but ENJ faces significant selling pressure now.

On April 7, Coinbase Pro listed four new tokens including ENJ which had a massive rally to new all-time highs. The number of new addresses spiked by 177% in the past week. Similarly, the number of active addresses also exploded by 192%.

This metric indicates that the recent surge was organic, but Enjin Coin price is overextended nonetheless. On the 6-hour chart, the TD Sequential indicator has presented a sell signal in the form of a red ‘9’ candlestick. 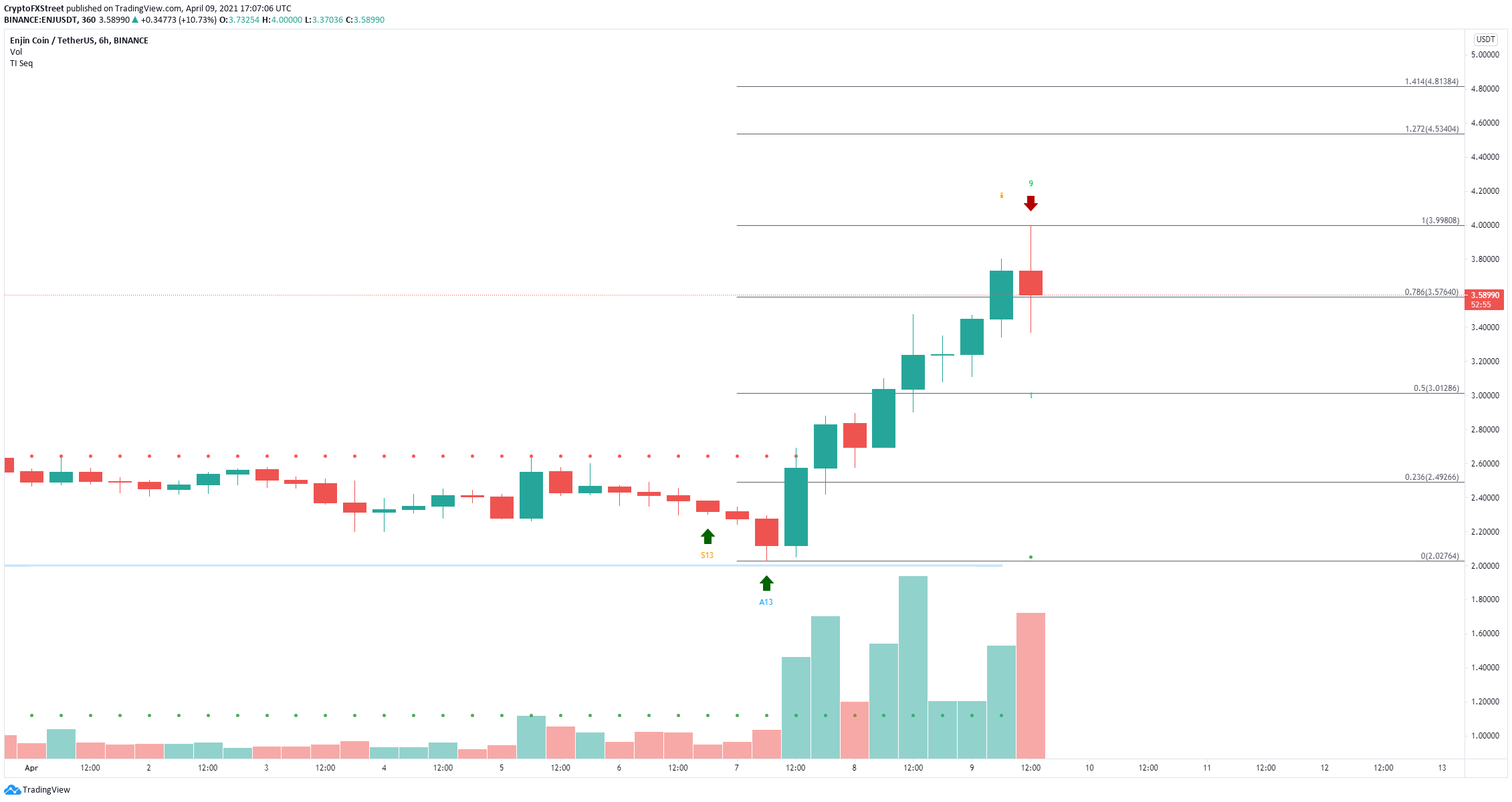 ENJ fights to stay above the $3.57 support level (78.6% Fibonacci). A breakdown below this point will drive Enjin Coin price down to $3 at the 50% Fibonacci level.

The recent rally made a lot of investors deposit their ENJ coins on exchanges, increasing the supply from 40.15% to 42.3% inside exchanges. This indicates that many traders have sold or are looking to take profits, increasing selling pressure.

The Supply Distribution chart adds credence to this theory as it shows a massive decline in whales holding between 1,000,000 and 10,000,000. The number of these investors dropped from a peak of 80 on March 2 to 57 currently.

Get the 5 most predictable currency pairs
Previous ArticleUS: Retail Sales likely surged in March following a plunge in February – TD Securities
Next Article Ethereum price preparing for an assault on the measured move target of $2,559