Enjin Coin price shows bullish potential as it broke out of a bullish pattern and hints at climbing higher.

Enjin Coin price consistently dropped since March 15, forming a series of lower highs and higher lows. A total of three swing highs and swing lows were created as of March 24.

ENJ’s price action evolved into a falling wedge, drawn by connecting the pivot points using trend lines. This setup is a bullish pattern, forecasting a 28% bull rally to $2.95, which is the distance between the swing high and the swing low added to the breakout point at $2.29.

Supporting this bullish outlook is the SuperTrend indicator’s “buy signal” that was flashed recently. 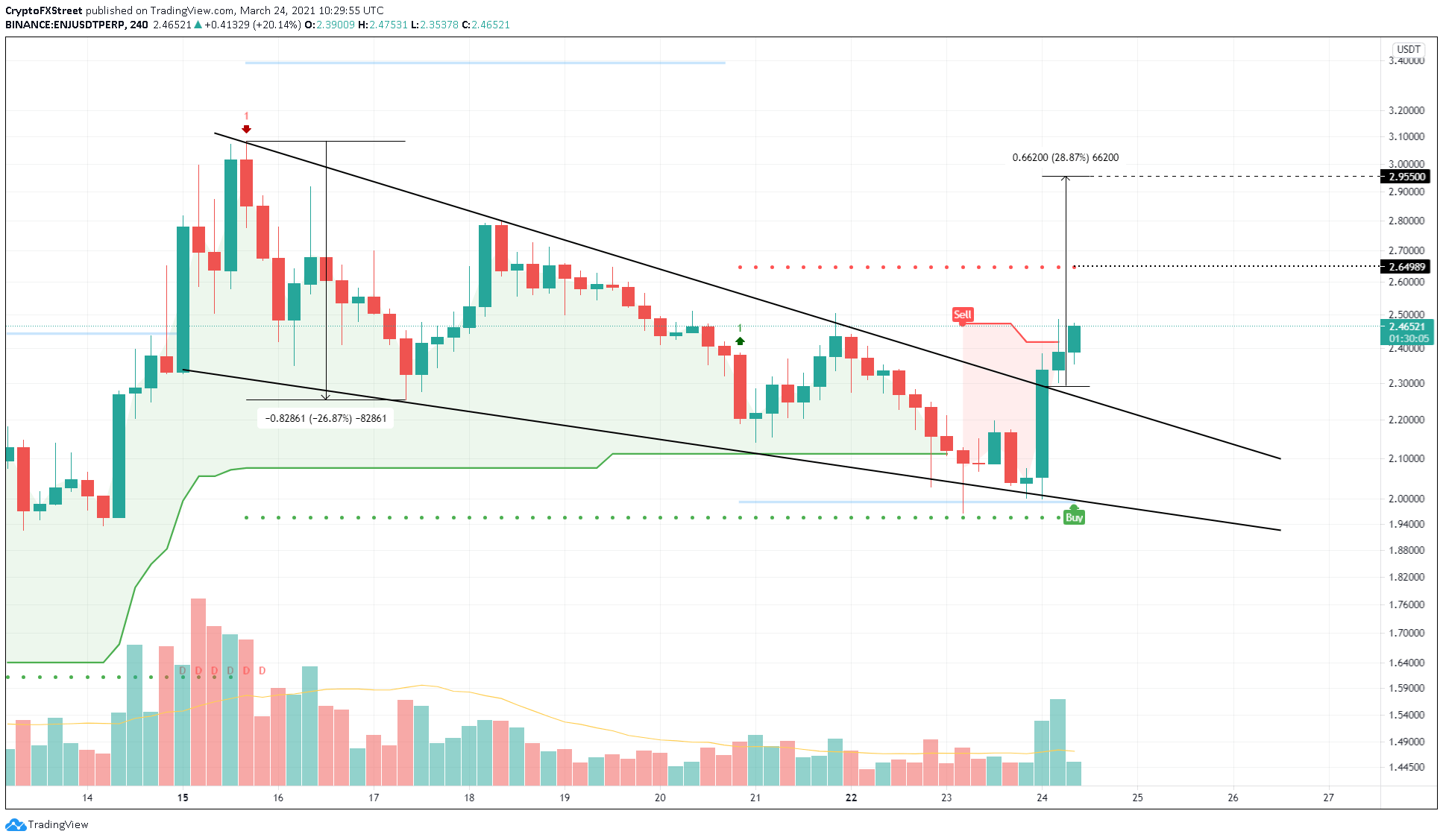 Based on IntoTheBlock’s In/Out of the Money Around Price (IOMAP) model, a stable support level is present around $2.42. Here, roughly 125 addresses bought nearly 60 million ENJ tokens. Hence, these investors serve as a tailwind to the already bullish outlook for Enjin Coin price.

While the bullish scenario seems to be set in stone, rejection around the Momentum Reversal Indicator’s State Trend Resistance at $2.64 could result in a downtrend.

If this downtrend pieces the breakout line or even the State Trend Support at $1.95, the bullish thesis will be invalidated. In that case, Enjin Coin price could crash 17% to the subsequent demand barrier at $1.60.