Enjin Coin price shows a higher possibility of an uptrend that could test a critical supply barrier. On-chain metrics add a tailwind to this scenario, hinting that ENJ is primed for a swing high.

Enjin Coin price is currently trading at $1.602 after facing rejection at a minor resistance level at $1.693. If the buyers slice through this barrier, ENJ will likely rally 25% into the supply zone that extends from $1.922 to $2.234. 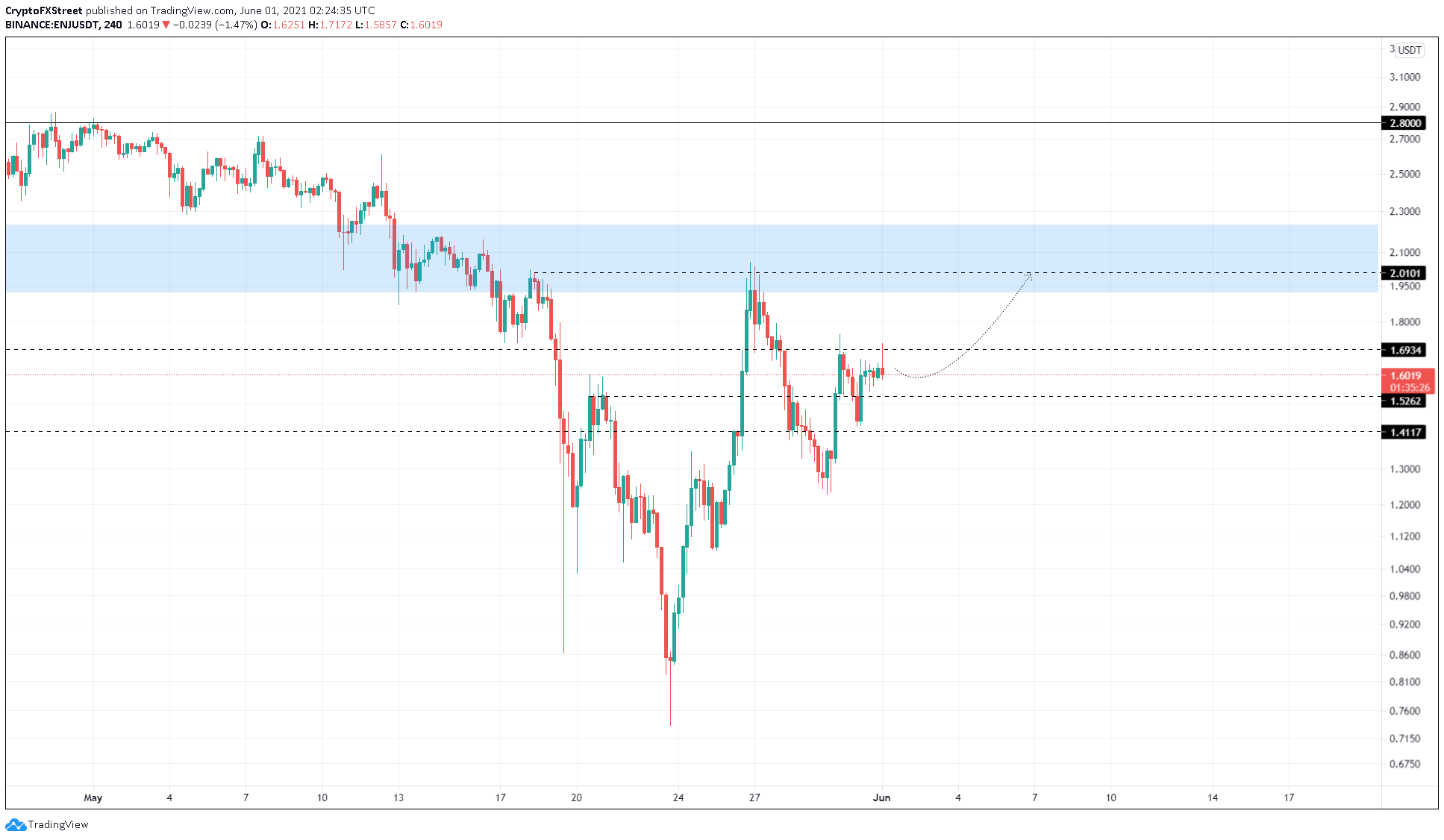 This 11% rise suggests that these market participants believe in the performance of Enjin Coin price.

Furthermore, there seems to be no immediate threat of a sell-off, as confirmed by the whale transaction metric. In fact, transfers worth $100,0000 or more have declined from 74 on May 27   to 1 on May 29, suggesting an extremely low possibility of a potential spike in selling pressure.

While things seem to be looking up, investors need to note that the directional bias for Enjin Coin price after tagging $2.01 is unknown. Therefore, market participants need to exercise caution here.

A potential downswing could evolve here after hitting $2.01. Supporting such a move is the increase in the supply of Enjin Coin held by exchanges from 343 million to 345 million ENJ from May 23 to date.

If Enjin Coin price fails to breach the immediate resistance level at $1.693, it will signal weakening buying pressure. In that case, a breakdown of the support at $1.412 will invalidate the bullish thesis detailed above.