Ethereum price is battling for consolidating above $480 after breaking below the short-term support that had been provided at $490. ETH/USD, like many assets in the market, is correcting lower, moreover, it is down over 1% on Monday. It also made subtle gains over the weekend breaching the resistance at $490 (now broken support), but the buyers lacked a catalyst to support retracement towards and beyond $500.

The price is currently embracing the support from Andrews Pitchfork at $480. This region is very vital for ETH/USD, a break above could see Ethereum price retest $490 and probably $500. On the opposite, if the buyers lose the grip and the price slides, then it could test the support at $470. In retrospect, the price is avoiding major movements and is a sitting duck waiting for either the sellers or the buyers to attack.

Ethereum is also forming a rising wedge pattern as observed on the chart and this could also mean another breakout in the short-term. The trend is bullish at the moment, although weak. The 100 SMA will offer support at $474.3 while the 50 SMA coincides with the support at $470.

In other news, the cryptocurrency exchange in India have a found a way that allows them to continue operating in spite of the ban on banking support. The central bank in India, the Reserve of India (RBI) announced the abolishment of banking support to crypto related businesses in the country back in April. The ban took effect on July 5, however, instead of closing up shop, the exchanges have shifted to crypto-to-crypto trading. Trading is ongoing as usual and the exchanges are charging commissions on transactions. However, all is not clear for these exchanges, as the customers now have to rely on P2P services to buy major currencies like Bitcoin first before converting to other digital assets. 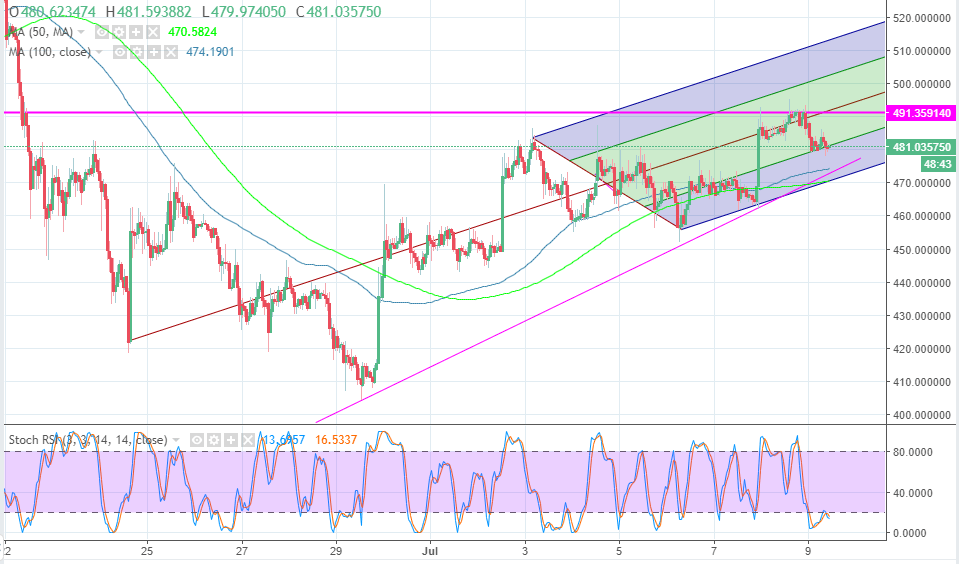 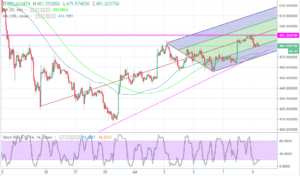