Latest
You are at:Home»Forex News»EUR/USD looks vulnerable around multi-year lows as Apple warns of coronavirus impact

When the world’s most valuable company warns of coronavirus impact – markets are unable to ignore and safe-haven assets such as the US dollar come into demand. That is the latest downward driver on EUR/USD.

Apple, worth around $1.4 trillion, has announced that it will fail to hit its targets in the quarter ending in March due to the outbreak. The iPhone maker has issues in producing its iPhones due to virus-related factory shutdowns in China. Moreover, the tech giant said that its sales in the country with a population of around 1.4 billion people have also fallen as traffic to its stores dropped.

The California-based company is far from being the only firm issuing statements about the growing economic damage from the respiratory disease, even as the reported number of infections and deaths is decelerating. Beijing reported a total of around 72,000 cases and over 1,800 mortalities as of Tuesday.

Some holidaymakers on board the virus-infected Diamond Princess cruise ship have been repatriated. While it serves as a relief for those feeling they are in a floating prison, their evacuation from Japan raises the risk of contagion back home. Overall, coronavirus headlines remain prominent are weighing on markets.

EUR/USD had already been under pressure due to the economic divergence between the old continent and the US. The German ZEW Economic Sentiment figures for February are forecast to show a marginal drop in business confidence in February, potentially adding pressure on the common currency.

Low volatility characterized trading on Monday as US traders enjoyed a long weekend – and that may change now. Will Americans push their currency higher? The Empire State Manufacturing Index for February is of interest, but broader speculation about central bank action may play a larger role.

Euro/dollar bears remain in control as the currency pair trades below the 50, 100, and 200 Simple Moving Averages on the four-hour chart. Momentum remains skewed to the downside and the Relative Strength Index is above 30 – outside oversold conditions. 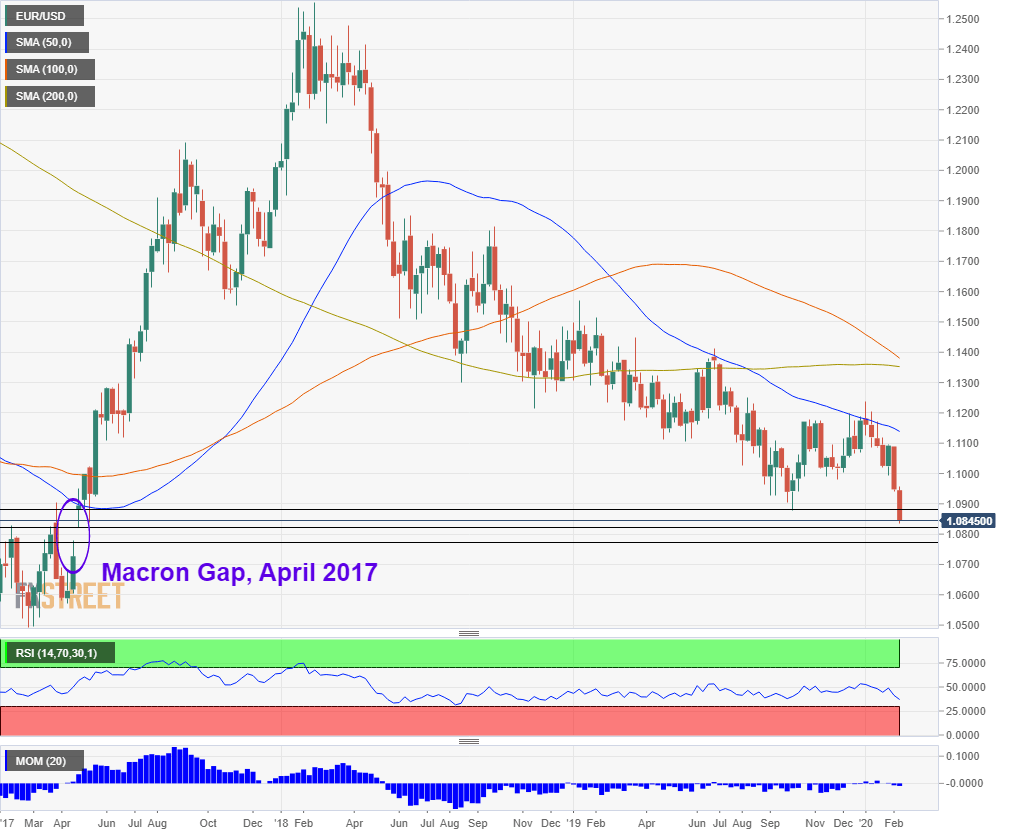