Latest
You are at:Home»EUR/USD Daily»EUR/USD Feb. 24 – Slides from double top on fresh

EUR/USD started the trading week on a positive note, riding on better than expected data. However, the common currency showed how vulnerable it is to the topic of negative deposit rates, as one comment sent it back down, setting a double top. 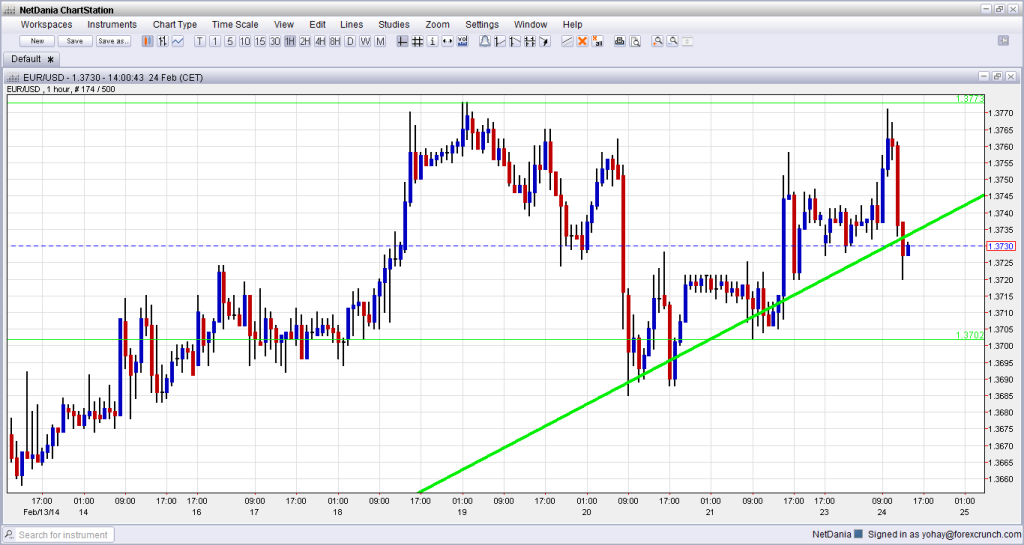 
Get the 5 most predictable currency pairs
Previous ArticleEuro-zone January inflation revised up to 0.8% – EUR/USD
Next Article Indices sluggish amid politically tense week; What to expect