Latest
You are at:Home»Forex News»EUR/USD falls 80+ pips and loses uptrend support after

It seems that EUR/USD is very reluctant to get out of the trading range. After Draghi gave the euro a boost with his confident message about the inflation situation and providing an explanation for everything possible, one of his colleagues raised the topic of a negative deposit rate back to the agenda, and the euro is certainly sensitive to this.

Benoît Cœuré, a French economist that is with the central bank since 2011, said that the ECB is considering negative interest rates very seriously. Indeed, the euro took it very seriously with the big drop.

The fall sends EUR/USD back below the broken uptrend support line, as the chart shows. 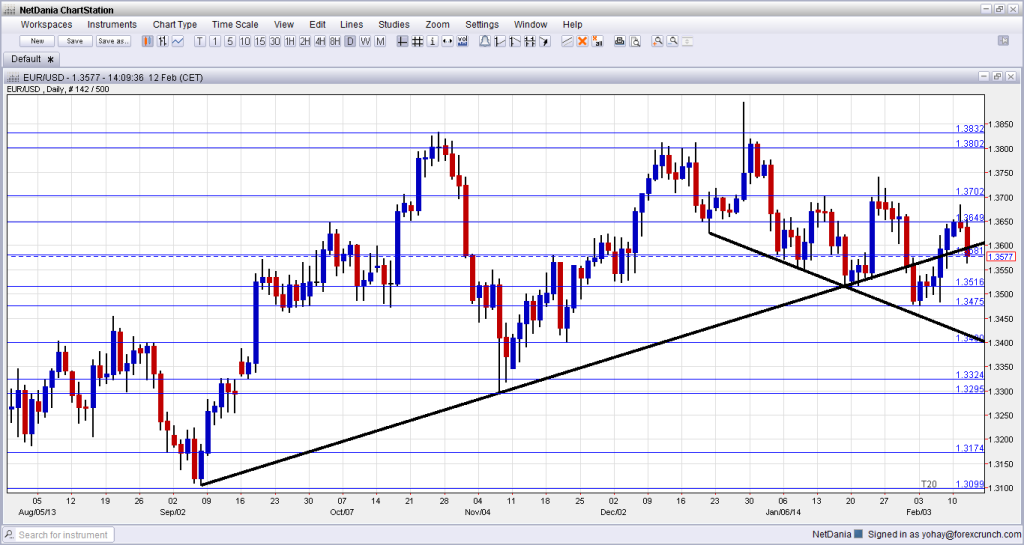 The pair lost the 1.3580 support line on the way. Further support appears at 1.3515. For more, see the EURUSD forex forecast.

It is important to note that the ECB has been mentioning the negative deposit rates for a long time and already said it is technically ready. The mention helps curb the value of the euro, which in turn helps exports and makes imports more expensive, thus curbing inflation.

However, the talk has limits and its effect is diminishing. At some point, the ECB will need to act if inflation remains so low. As Draghi also said, the move depends on information that is due at the beginning of March.