Latest
You are at:Home»EUR/USD Daily»EUR/USD May 8 Euro Calmer, But Markets Brace For

Euro dollar is edging down towards the pivotal 1.30 level after yesterday’s (May 7th) sharp decline. The mood is the markets is anything but calm after the dramatic elections in France and Greece. The margin of victory for the Socialists may have been small, but the sharp shift to the left will be enormous. With the inconclusive results of the Greek election, there are fears that the bailout package may be in jeopardy. There are no key releases today in the US or the Euro-zone, and France will enjoy a well-needed holiday after a tumultuous weekend.

Here’s an update on technicals, fundamentals and what’s going on in the markets. 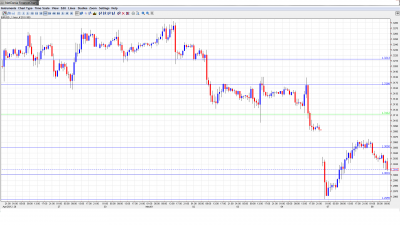 Euro/Dollar is edging downwards towards 1.30 – click on the graph to enlarge.

For more events later in the week, see the Euro to dollar forecast