The calendar is packed for the Euro in the upcoming week, with the rate decision being the highlight. Here’s an outlook for European events and an updated technical analysis for the ranging EUR/USD. 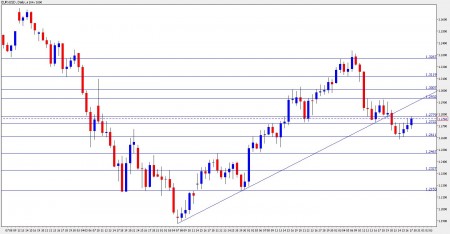 Echoes from the downwards revision of US GDP and also from Bernanke’s speech in Jackson Hole will still move the pair at the beginning of the week. Later, the news will start shaping trading. Let’s start:

The Euro started the week in a weak tone, dropping to the 1.2610 support line mentioned in last week’s outlook. It later gradually recovered, managed to cross the 1.2722 line peaked just under 1.2780 before closing at 1.2760. All in all, the Euro rose 60 pips after a tight week of range trading.

The current range is between the important 1.2722 support line and the minor 1.2780 line that capped the pair in the past week. Higher, the 1.2930 that was a stubborn resistance line in recent weeks provides further resistance.

It’s also important to note the long term uptrend line which switched from support to resistance two weeks ago. It will stand between 1.2950 and 1.30 during the week. A break above this diagonal line will be a bullish sign.

Looking down below 1.2722, the next line of resistance is the 1.2610 line which capped the pair in July and worked just now as a strong line of support.

I remain bearish on EUR/USD.

The gloomy mood in the markets is still strong, and a double dip recession in the US can hurt the Euro. Also the Euro zone is vulnerable to the austerity measures taken by the member countries. After range trading in these summer days, the new month’s figures, with the Non-Farm Payrolls, can provide significant price action.

This pair receives excellent reviews on the web. Here are my favorites:

Read Review
Open My Free Account
Your capital is at risk.
EUR/USD Forecast

The calendar is packed for the Euro in the upcoming week, with the rate decision being the highlight. Here's an outlook for European events and an updated technical analysis for the ranging EUR/USD. EUR/USD daily chart with support and resistance lines marked. Click to enlarge: Echoes from the downwards revision of US GDP and also from Bernanke's speech in Jackson Hole will still move the pair at the beginning of the week. Later, the news will start shaping trading. Let's start: German Unemployment Change: Published on Tuesday at 7:55 GMT. The German economy enjoyed outstanding performance in recent months, and…

EUR/USD Exhibit Deep Dive to $1.1705 Ahead of FOMC This Week