Latest
You are at:Home»EUR/USD Daily»EUR/USD Feb. 19 – Steady Ahead of Key US Releases,

EUR/USD is showing little movement in Wednesday trading, as the euro continues to look sharp after gains on Tuesday. In Wednesday’s European session, the pair is trading in the mid-1.37 range. Today’s sole release out of the Eurozone is the German 10-year Bond Auction. It will be a busy day over in the US, with the release of two key events – Building Permits and the Producer Price Index. As well, we’ll get a look at the minutes of the most recent Federal Reserve meeting. 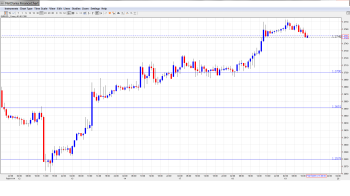