The Federal Reserve is set to raise interest rates in March. They basically  laid down the message.  Calling them “thick hints” would be an  understatement. The strong NFP left no room for doubts.And now, is it already priced in? Can we expect a massive “sell the fact” reaction? There are many moving parts that will determine the  next move of the US dollar.

Here is a preview for the Fed decision on March 15th at 18:00 GMT. We begin with some background, the data facing the Fed and three scenarios.

From wait and see to a compelling case

The Fed  raised rates only twice since the financial crisis: in December 2015 and December 2016. When they hiked back in December 2016, they raised the forecast for rates in 2017 from two to three hikes. While this extended the post-election USD-gains, markets remained skeptical about seeing two hikes in 2017. The initial hike was circled for June.

The  disappointing wage numbers for  January and the fact that some members priced in Trump’s spending promises into their forecast set the stage for a cool-down. But that changed quickly. Will they cool expectations now?

A well-coordinated chorus then began talking about a “compelling case” for raising the rates “relatively soon”. This included not only hawks but also centrists such as Fischer and Williams and also encompassed doves such as Dudley and Brainard. The chorus culminated with Fed Chair Yellen basically  saying that the Fed will act barring a disaster. Job gains of 235K and wages rising 2.8% is very far from a disaster.

So, a rate hike is coming.

So the dollar depends on the dot-plot

The next moves of the Fed depend on the data and how the Fed interprets this data. Apart from announcing the hike, they will release their usual statement, and more importantly,  new forecasts.

The Fed publishes growth, employment, inflation, and interest rate projections. The latter are the most important. A change in the interest rate expectations has the strongest impact and can overshadow any over forecasts, the statement and Yellen’s words in the press conference that  is scheduled for 18:30 GMT.

Good data on the Fed’s mandates

Looking at the Fed’s  mandates, things are looking good. The US labor market continues gaining jobs at a robust pace of around 200K per month. In addition,  this job growth is already pushing wages higher: the pace is  accelerating. This implies that the economy is getting closer to full employment.

Inflation, the second mandate, is also edging higher. While the Fed’s favorite figure, the Core PCE Price Index, is stable at 1.7%, the Fed would like to be ahead of the curve: keeping the lid on and prevent any overheating.

Other inflation figures are also rising, partially thanks to rising oil prices, but are also experiencing rises in core inflation. This is seen in the official CPI measures as well as PPI that awaits at the pipeline.

These figures justify this hike. But will the pace of hikes follow the pace of inflation?

Data for  early 2017 does not look promising: the NowCast measure by the Atlanta Fed shows a growth rate of only 1.3%, edging lower with each publication of  economic data.

US President Donald Trump  talked about a growth rate of 4%. While this sounded delusional from the outset, his means to boost it seem to fade out. The new administration is focusing on health care  reform and pushing back tax hikes and infrastructure.

These priorities are not growth-positive and these have already resulted in a halt to the dollar rally.

Lower growth projections and lower expectations for fiscal stimulus could impact the Fed’s thinking and the dot-plot.

Given this background, our baseline scenario is that the Fed goes for a “healthy hike”. This means a cautious approach in the statement, no changes to the dot-plot for 2017 and a “wait and see” mode from Yellen.

Markets currently price in three hikes for 2017, including this one in March. By leaving  it as is, hopes for another hike in June will be pushed back quite quickly.  Given the Fed’s  generally dovish stance, markets could downgrade the path of hikes back to two hikes once again: the next one coming in September.

In this scenario, we could see a mild “sell the fact” reaction in the immediate reaction, with the dollar slipping just a bit. However, after the hours pass by, analysis pieces come out and European traders wake up, we could see a second reaction: another wave of dollar selling, albeit not extreme.

Can a hike be dovish?  There is a contradiction here. If the situation is not so good, why raise rates? The  logic of “raising rates now to cut them if a recession comes” is not that convincing.  Nevertheless, the Fed might take advantage of the recent stock market rallies to “sneak in” a rate cut and then sit on their hands for a long time.

In this scenario, a rate hike will be accompanied by a message that the situation is good now but the future carries extremely high uncertainty, a message conveyed in both the statement and the presser.

More importantly, the Fed  would downgrade the dot  plot to two hikes in 2017 and some would wonder out loud if the Fed is done for the year, bringing the message in  gradually.

The outcome would be a massive and immediate sell-off of the greenback followed by second and third waves of selling. This scenario has a lower probability.

The Fed could opt to raise  hike expectations now and back down later. They already did that in the past. An upbeat statement leaning towards employment and inflation and ignoring could be accompanied by confident words by Yellen and four hikes in the dot-plot.

In this case, the US dollar would rally hard initially and gradually extend the gains. The probability of this move is low, as the Fed is usually cautious. The chorus  seen in early March was probably the exception, not a new hawkish normal.

The Fed is going to raise rates and the outcome depends on what they tell us about the next moves. The baseline scenario is leaving current projections for three hikes in 2017 unchanged, moving cautiously forward.  This is mostly priced in and could lead to a mild “sell the fact” response.

The two other scenarios are a “dovish hike” with a downgrade to two hikes in 2017 – a move that will devastate the dollar, and a “hawkish hike”: an upgrade to four hikes, which would underpin the greenback but seems very unlikely. 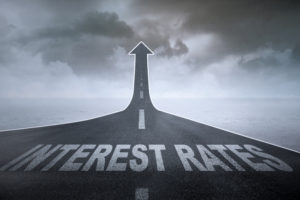 US inflation and retail sales mostly in line with

The Federal Reserve is set to raise interest rates in March. They basically  laid down the message.  Calling them "thick hints" would be an  understatement. The strong NFP left no room for doubts.And now, is it already priced in? Can we expect a massive "sell the fact" reaction? There are many moving parts that will determine the  next move of the US dollar. Here is a preview for the Fed decision on March 15th at 18:00 GMT. We begin with some background, the data facing the Fed and three scenarios. From wait and see to a compelling case The Fed…