Filecoin Price Prediction: FIL could retrace 30% before resuming its uptrend

The Filecoin price shows a retracement to an immediate demand barrier is likely after the recent but explosive run-up.

The Bollinger Bands indicator reveals that the recent run-up has pierced through its upper band suggesting an overextended volatile bull rally. More often than not, this signal indicates that a retracement is around the corner.

Adding credence to the bearish outlook is the red one candlestick formed by the Momentum Reversal Indicator (MRI) on the 3-day chart. This setup forecasts a one-to-four candlestick correction. 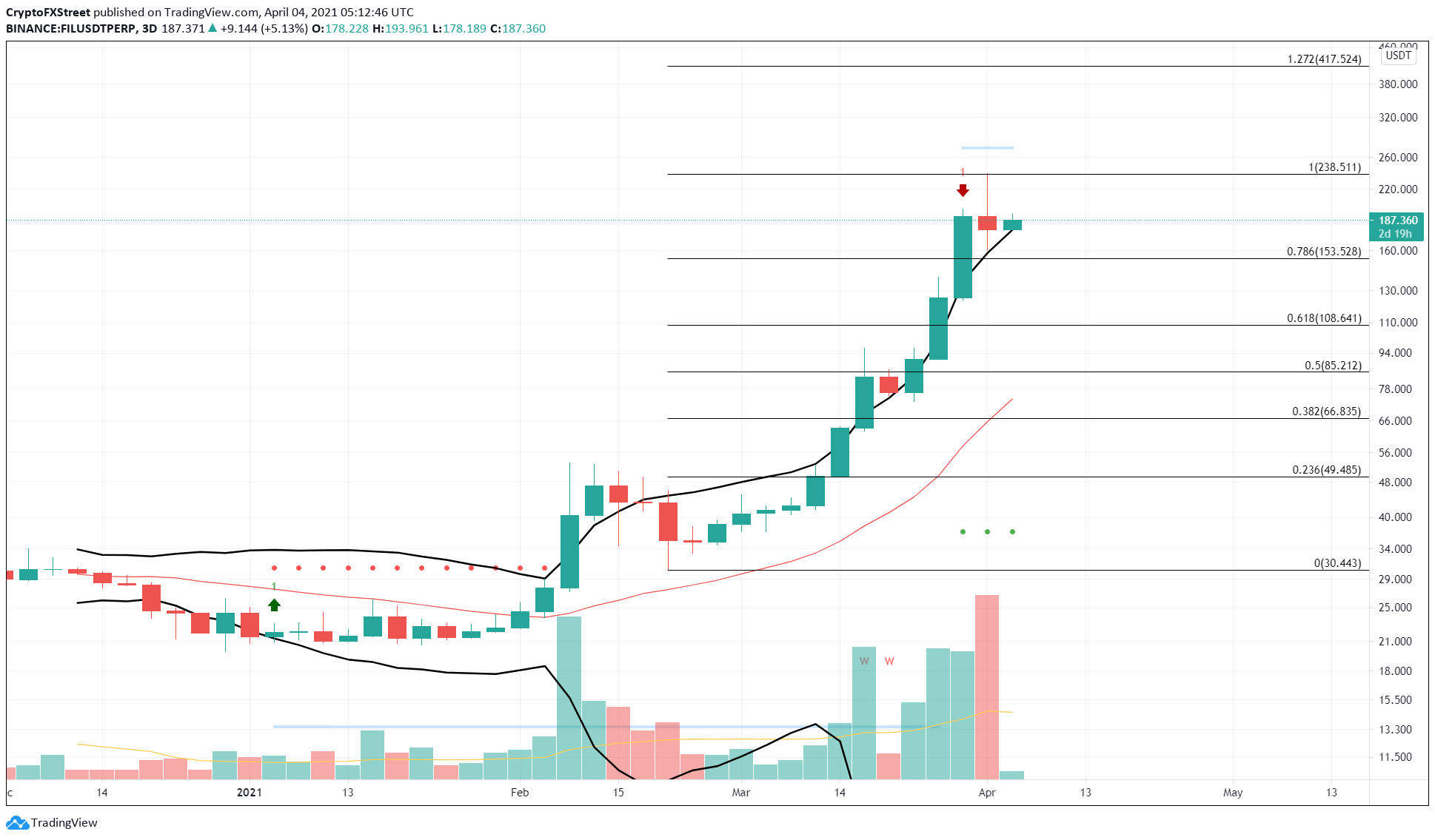 It is worth noting that the bullish outlook is dependent on the assumption that MRI’s reversal signal is yet to be completed. However, if it is not, a possibility of a new uptrend evolves.

Therefore, a spike in buying pressure that pushes FIL by 25% will trigger a local top’s retest at $238.51. If the buyers manage to produce a decisive close above this level, it will reignite FIL’s bullishness and propel the coin 15% toward $272, which coincides with the breakout line produced by MRI.

A strong close above this level could allow the sidelined investors to step in, pushing FIL 53% to the next target at $417 or the 127.2% Fibonacci retracement level.