FOMC minutes and Jackson Hole are front of mind for forex traders and other market participants in the second half of August. Policymakers are caught between recovery hopes and delta worries.

Economic news from China at the end of last week indicating slowing, weakening US consumer sentiment and today’s undershoot of retail sales in the US, are combining to shift sentiment towards risk-off today, but strong data from the UK underlines recovery strength.

Chairman of the Federal Reserve Jay Powell is speaking a town hall later Tuesday in an event with educators, so traders will be listening in for clues on tapering, although this may not the sort of event conducive to any such remarks.

Tomorrow we will get more pointers on the Fed’s thinking on monetary policy tightening from the FOMC minutes and forex traders will be looking to pick up on hints on taper timing.

And on 26-28 August central bankers will meet at Jackson Hole, Wyoming, for the annual symposium, with the current bid on US Treasuries set to continue, at least in the run-up to the get-together.

Sentiment took a knock today on news that July US retail sales fell -1.1% versus the -0.3 expected. That follows the upwardly revised June retail sales data of a 0.7% increase.

The data shows consumers cutting back on motor vehicle and e-commerce purchases but spending in restaurants continued to rise albeit at a reduced rate to recent months.

The emergence of the delta variant could curb demand for services like travel and entertainment going forward. Higher prices for things like groceries, meals out, personal care and apparel also risk limiting discretionary spending in the coming months.

Delta and inflation hurting consumer spending in US

Spending is likely to be negatively impacted by the Delta variant and inflation. University of Michigan consumer sentiment report fell to the lowest reading in almost a decade and with inflation remaining stubbornly high at 5.4%.

Earnings from major retailers were out today. WalMart had better than expected comp sales but Home Depot earnings were a miss which suggests the home improvement sector may be coming off the boil.

The economic and other data combines to add to fears that the engine of the economic recovery – consumer spending – is slowing, and that will provide plenty of food for thought for the Fed as Jackson’s Hole looms.

On the other hand, factory output data came in better than expected today, registering its largest increase since March, up 1.4% month on month, beating some economist estimates of 0.7%, although this data lags that of consumer spending.

If you are interested in forex day trading around economic calendar events, read our comprehensive guide before diving in.

Chinese economy may be slowing

Chinese industrial production was up 6.4% for July and retail sales 8.5%, but both were down on the previous month (8.3% and 12.1% respectively). New virus restrictions and flooding have hit both production and retail sales. Also the chip drought has been crimping car manufacturer production.

A graphic example of the economic havoc wreaked by Delta as China attempts to hold fast to its zero Covid policy, is seen in the partial closure of the Ningbo-Zhoushan container port, the third largest in the world.

The slowdown in the Chinese economy will have a knock-on effect across the global and hamper prospects for recovery elsewhere.

As if all that wasn’t enough to dampen spirits, the news out of Afghanistan has added to negative sentiment, which is leading to more bond buying. The brief upward pressure on 10-year Treasury yields following strong US July payrolls has dissipated as rapidly as it appeared last week. 10-year yields fell 0.01% on Tuesday to 1.25 per cent.

Not all bad: don’t read too much into the US retail sales data

ING analyst James Knightley says we shouldn’t read too much into the latest US retail sales data and that it probably points to a rebalancing in spending on services instead of goods.

“With the economy having re-opened there are more options on which to spend money. Retail sales only makes up 40-45% of total consumer spending and they are still up 17.2% on pre-pandemic levels. A bit of rebalancing towards services is to be expected and so doesn’t mean consumer spending overall will inevitably fall,” Knightley notes.

However Ian Shepherdson, chief economist at Pantheon Economics, mirrored Knightley’s view to some extent but nevertheless thinks it requires the scaling back of previous forecasts for Q3 consumption.

“It’s impossible to separate the impact of the fading stimulus boost from the possible hit due to the Delta variant, which began to hit real-time indicators like restaurant diner and airline passenger numbers in late July. The Delta hit likely will be bigger in August, so we have to scale back our hopes for third quarter consumption quite sharply”.

Will it be a case of Jackson Hold?

In a Bank of America note, the bank’s strategists noted that Treasuries tend to rally going into the symposium but would then give back those gains in the following two weeks, on the basis of past behaviour in the bond market.

“Similar price action this year would not surprise us. Powell is expected to deliver a speech that recounts US economic progress since the pandemic and acknowledges the FOMC will continue debating taper but fall short of signalling it,” wrote strategist Mark Cabana in the note which was entitled ‘Jackson Hold’.

Expect the US dollar to continue to strengthen on haven buying, especially if the equity markets catch cold on worries about the possibility of a slowing recovery and persistently high inflation.

Conflicting signals will likely see the Fed and other policymakers maintain a bias towards the dovish side. The Fed is unlikely to indicate tapering will start sooner than already expected (Q4 or early next year), with data currently still indicating “progress” in its labour market goals.

If you are on the lookout for a MT4 broker to meet your forex trading needs, have a read of our guide to help you decide.

However that does not preclude a September date for tapering and the odds of such a move are rising, according to the ING economics team:

“Despite a much more cautious tone implied by traded interest rates over the summer, our economics team is increasingly inclined to think a tapering announcement could take place in September.

“Should this be the case, expect already detailed discussions in the July minutes, in particular on the pace of purchases (we expect a gentle path downward afforded by the earlier start), and composition (whether MBS [mortgage-backed securities] and Treasury purchases will be reduced at the same speed or not). This would surely come as a surprise to the market, but would make sense in light of the barrage of upbeat Fed comments since the July jobs report.”

And although the recovery is currently strong in the US and Europe, with UK data on earnings and unemployment underlining that – UK earnings rose a record 8.8% in the three months to the end of June and 1 million job vacancies were added – policymakers will remain mindful of the build up of inflationary pressures. That may force the hand of some central banks and see them start to tighten monetary policy slightly ahead of expectations. 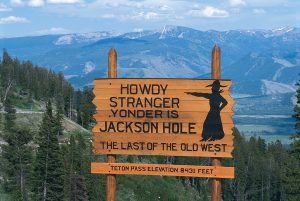 FOMC minutes and Jackson Hole are front of mind for forex traders and other market participants in the second half of August. Policymakers are caught between recovery hopes and delta worries. Economic news from China at the end of last week indicating slowing, weakening US consumer sentiment and today's undershoot of retail sales in the US, are combining to shift sentiment towards risk-off today, but strong data from the UK underlines recovery strength. Chairman of the Federal Reserve Jay Powell is speaking a town hall later Tuesday in an event with educators, so traders will be listening in for clues…