The first release of GDP for Q3 is the highlight of a busy week in pound trading. Here’s an outlook for the British events, and an updated technical analysis for GBP/USD. 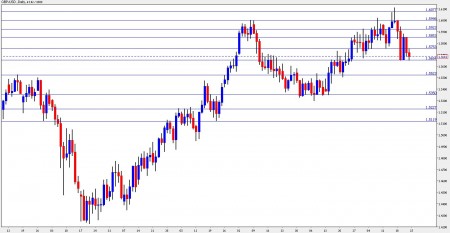 The pound suffered from the announcement of a big spending cut by the government and from more talks about quantitative easing. Will sterling continue downhill?

The pound dropped to 1.5650 twice in the past week, making it a new support line (didn’t appear last week). A recovery attempt didn’t work out, and the pound lost over 300 pips in a terrible week.

The double bottom of the past week, 1.5650, serves as immediate and significant support.  Below, 1.5530 capped the pair in April and worked as resistance not so long ago.

Even lower, 1.5230 was a stubborn line of resistance back in July. It’s followed by 1.5120, that first served as resistance in June and then worked as support in July.

Looking up, stopped the pair in the past week and also provided support earlier this month, and now works as immediate resistance. Above, 1.5850 is the next minor line of resistance.

The 1.60 line continues to be a major and important resistance line.  Above, a convincing break above 1.60 will find resistance once again at the 1.6080 a line that worked just now.

I remain bearish on GBP/USD.

The severe spending cuts added to the already negative sentiment that is fueled by weak employment and talks about more pound printing. Only a GDP of over 1% in Q3 can give a significant boost to cable, but there are better chances of contraction.

The first release of GDP for Q3 is the highlight of a busy week in pound trading. Here's an outlook for the British events, and an updated technical analysis for GBP/USD. GBP/USD daily chart with support and resistance lines marked. Click to enlarge: The pound suffered from the announcement of a big spending cut by the government and from more talks about quantitative easing. Will sterling continue downhill? BBA Mortgage Approvals: Monday, 8:30. The British Bankers' Association represents about two thirds of mortgages approved in Britain, making this release important. Mortgages have already dropped from over 36K to 31.8K, and…