With Bitcoin prices more than doubling since its 2017 highs, most investors are in profits. One trader, in particular, alleges to have made $1 million in 5 months. The cryptocurrency enthusiast going by the username “Razoreth” on Twitter stated that he did this on Uniswap with just three steps.

Razoreth started with $1,000 in BitMEX in August 2020 but quickly gave up leverage trading after losing $200. It was right when the DeFi craze had picked up traction with yield farming as the main attraction. New projects were popping up from left to right, allowing users to deposit their cryptocurrencies as collateral and earn interest on it while getting rewarded with the project’s token.

If this wasn’t enough, some DeFi-related tokens were doing a 10-100X overnight on decentralized exchanges like Uniswap, 1inch exchange, among others, leaving investors stunned and with hefty profits.

The anonymous trader was among a group of very few investors who took advantage of the DeFi craze. From basic research to scouting potential investors’ fund flow on Etherscan, Razoreth got an edge over other investors.

“I came up with a strategy of only buying tokens that were under a day old and NEVER going to sleep holding something that had the potential of rugging. The majority of profits on new tokens are made in the first 3 hours, so I tried being one of the first 10 to buy something,” stated the trader.

Most of Razroeth’s investments involved buying presale tokens like CORE, Hacken, and SUSHI and selling them for huge profits. By the end of August 2020, the trader allegedly had 1.8 ETH and finished September with 500 ETH.

By December, Razroeth had increased his risk appetite by investing an average of 50 to 100 ETH. Since the trader held most of the profits in either Bitcoin or Ethereum, the current bull run did the rest of the job and pushed his portfolio to $1,000,000.

Can DeFi still make you a millionaire?

A question or a version of it lingering in the readers’ heads would be, “Can I do the same?” The answer to this is complicated since Bitcoin put an end to the DeFi summer.

While the hype around the ecosystem hasn’t died yet, many DeFi projects have strong fundamentals and hence, a chance to perhaps double or triple investments even now. It is worth noting that investing in such projects is risky, mainly because most of them launched during the DeFi craze and even now are unaudited and found purely for pump and dump purposes. Hence, trying to imitate what Razoreth did would be extremely dangerous for anyone’s portfolio.

Additionally, the DeFi mania ended due to Ethereum’s incapability to handle the bustling investors’ activity. The fees increased drastically, denying retail from taking part in the bullish cycle. 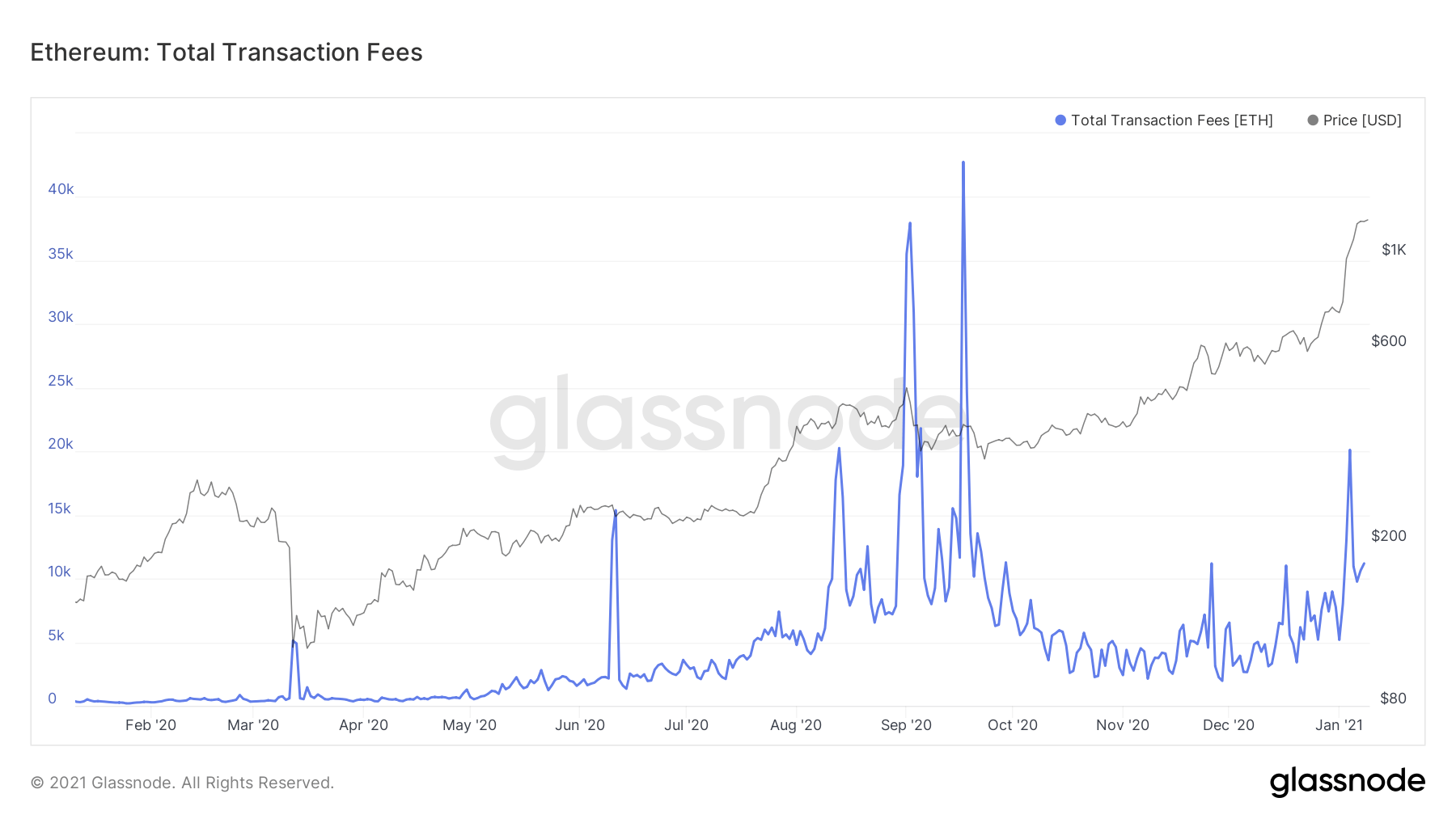 Although the gas fees temporarily decreased as the hype around DeFi faded, there seems to be another surge due to the on-going bull run. The current gas levels can linger because of a spike in on-chain activity.

While investing in DeFi projects still holds the promise of massive returns, its own set of risks involve a “rug pull.” This market behavior happens when the project’s founder cashes out, leaving investors with valueless tokens. Additionally, the DeFi ecosystem isn’t a stranger to exploits and hacks, which is an ever-present risk leading to a complete loss of funds.

The high volatility in the cryptocurrency market can be used to generate massive gains. By heavily investing in DeFi projects in August 2020, a trader was able to turn $800 into $1 million. Although the DeFi crazy may be over, investors still have a chance to profit big from the cryptocurrency market.  With Bitcoin prices more than doubling since its 2017 highs, most investors are in profits. One trader, in particular, alleges to have made $1 million in 5 months. The cryptocurrency enthusiast going by the username “Razoreth” on Twitter stated that he did this on Uniswap with just three steps. Turning $800 to…