Litecoin price recently bounced off the $153 level, creating the third lower low for an ascending parallel channel. Due to the recent selling pressure, LTC’s upswing has taken a hit resulting in a small pullback.

Litecoin price formed two swing highs and three swing lows between January 10 and February 28. An ascending parallel channel can be obtained by connecting the pivot points using trendlines. Such a setup’s target can be determined by measuring the channel’s height and adding it to the breakout point at $161, which places LTC at $102.

However, Litecoin price hasn’t breached the trendline yet, and if history is any indication, a bounce from the channel’s lower trendline seems likely. Additionally, the100 twelve-hour moving average (MA) is acting a demand barrier absorbing any short-term selling pressure.

Therefore, a bounce from the channel’s lower trendline will play a critical role in price reversal that could push Litecoin by 70% towards $279. 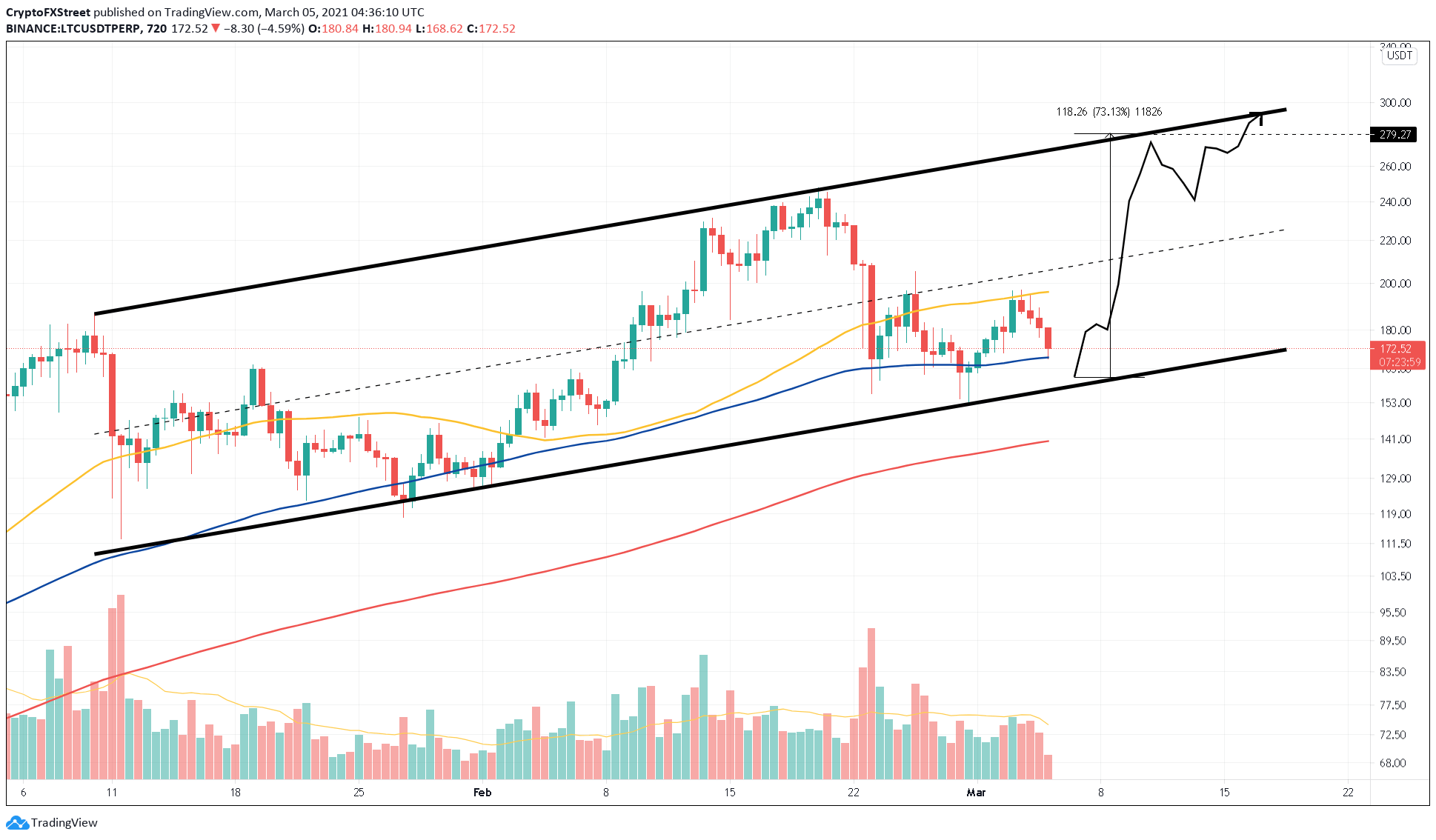 Supporting this bullish outlook is Santiment’s 30-day market value to realized value (MVRV) model, which has flashed a “buy signal.”  The last time Litecoin’s MVRV was -15%, its price saw a 97% increase in the next 50 days. Therefore, this on-chain metric dampens any bearish bias and adds credence to the bounce from the key demand barrier at $161.

However, investors should note that a spike in selling pressure leading to a 12-hour candlestick close below $161 will invalidate the bullish thesis. In such a case, Litecoin price can be expected to crash 35% towards the $102.