Litecoin price is retracing toward a critical level that could serve as a platform supporting a massive bull rally.

Litecoin price has shrunk nearly 30% since April 17 and now finds itself at the bottom of the immediate demand barrier that ranges from $240.01 to $259.94. Now, a bounce from this area where buyers are concentrated could provide LTC a thrust to move higher.

In case the sellers break down this level, investors could scoop up Litecoin at a discount around the subsequent demand zone that extends from $219.05 to $228.09.

A potential spike in bid orders that pushes Litecoin price above the two demand zones will confirm the start of an upswing. Under such conditions, LTC could surge 20% toward the upper barrier of the supply zone at $317.09. A decisive close above this level will provide bulls with a path of least resistance that could push Litecoin price toward 161.8% Fibonacci extension at $439.41. 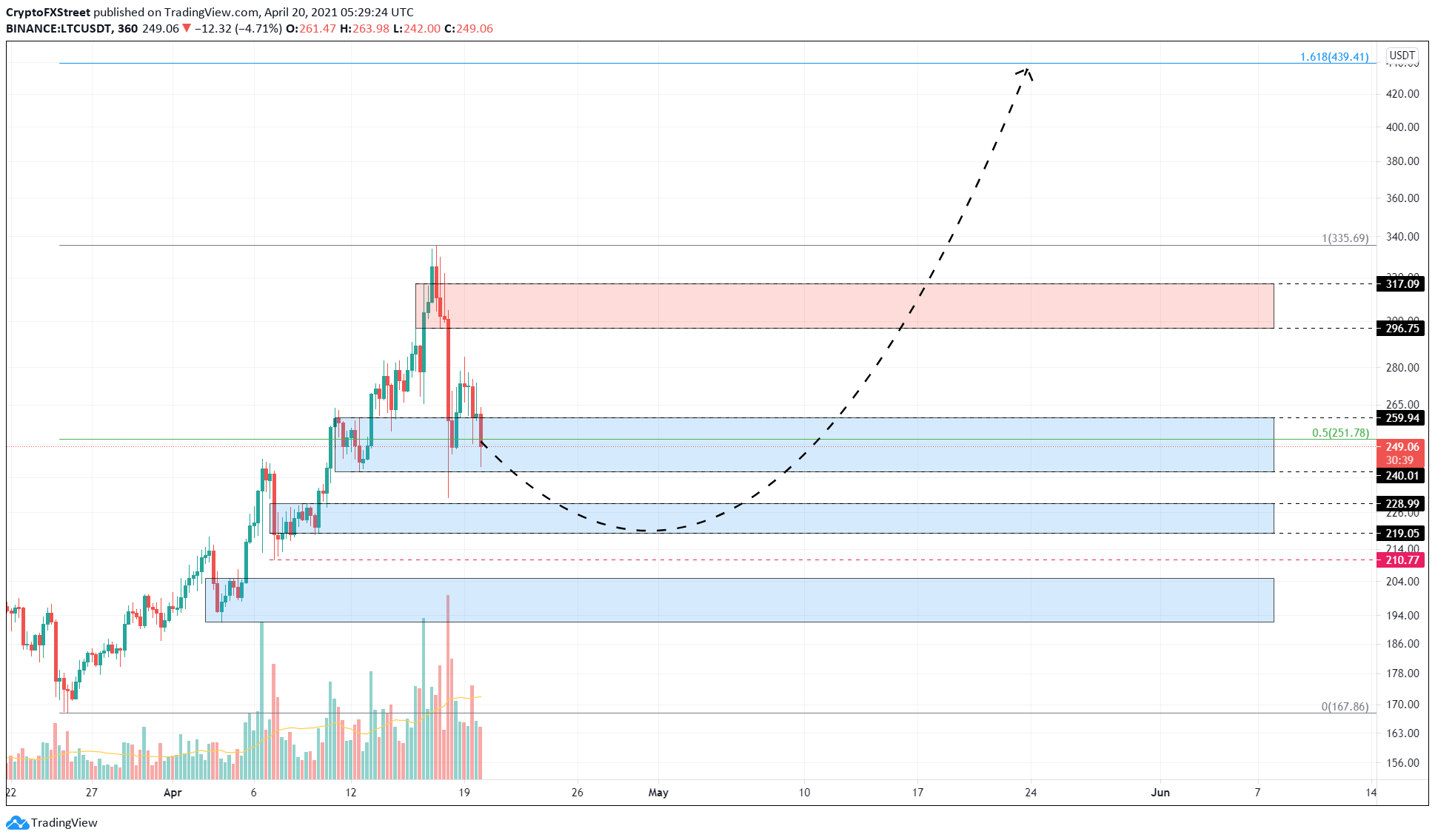 Supporting this bullish narrative is the addition of 12 new whales to the demographic that holds between 10,000 to 100,000 LTC. This 2.8% increase suggests that high net worth investors are confident in Litecoin’s performance in the near future.

Corroborating the above is the reset in Santiment’s 30-day MVRV model for Litecoin price from 29.4% to near zero. This move indicates that profit-taking is coming to an end. Moreover, the MVRV metric suggests that a move below the zero level paints a picture that LTC is undervalued as an investment vehicle.

Based on IntoTheBlock’s Global In/Out of the Money (GIOM) model, Litecoin price will face two clusters of underwater investors that may hamper the upswing.

Hence, investors need to keep a close eye on these.

US Dollar Index remains under pressure below 91.00

Litecoin price is hovering above two critical demand zones that could propel the coin to new yearly highs. A breach of the supply zone's upper boundary at $317.09 will provide further confirmation of an upswing. The bearish scenario will come into play if LTC bears pierce the $210.77 level. Litecoin price is retracing toward a critical level that could serve as a platform supporting a massive bull rally. Litecoin price approaches significant area of interest Litecoin price has shrunk nearly 30% since April 17 and now finds itself at the bottom of the immediate demand barrier that ranges from $240.01…