XMR has been trading inside an ascending parallel channel since August 2020 and has just rebounded from the lower trendline at $135. The digital asset is currently trading at $145 aiming to hit the top of the pattern at $180.

On the 12-hour chart, XMR has established a strong ascending parallel channel since August 2020 and has rebounded from the lower boundary towards the middle of the pattern. If the bullish momentum continues, XMR price can quickly jump towards the top of the channel at $180. 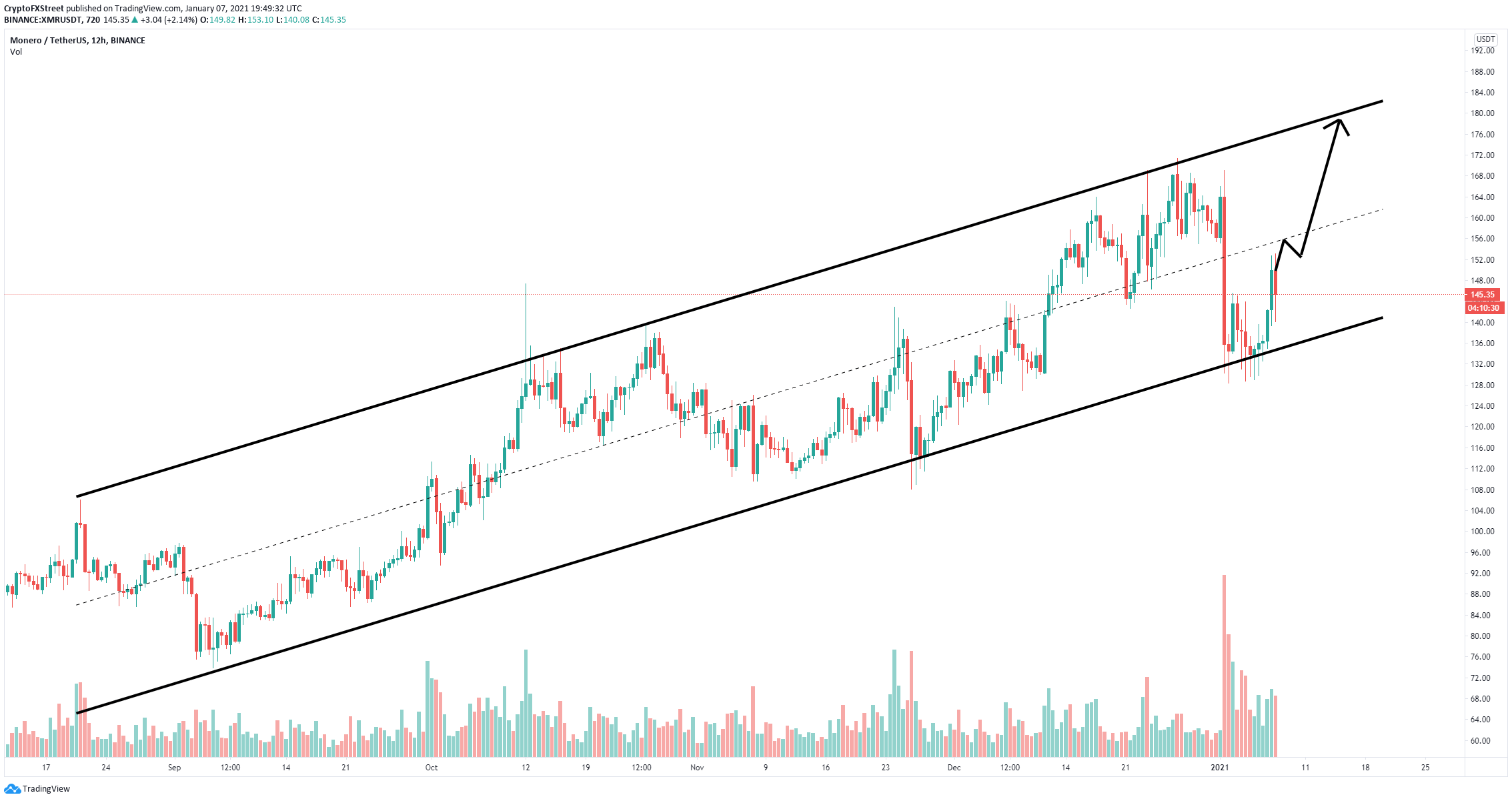 However, there are some concerning signs for XMR bulls. For instance, after the rebound towards $152, the digital asset got rejected significantly and dropped to $140 which is lower than the bulls would hope for. 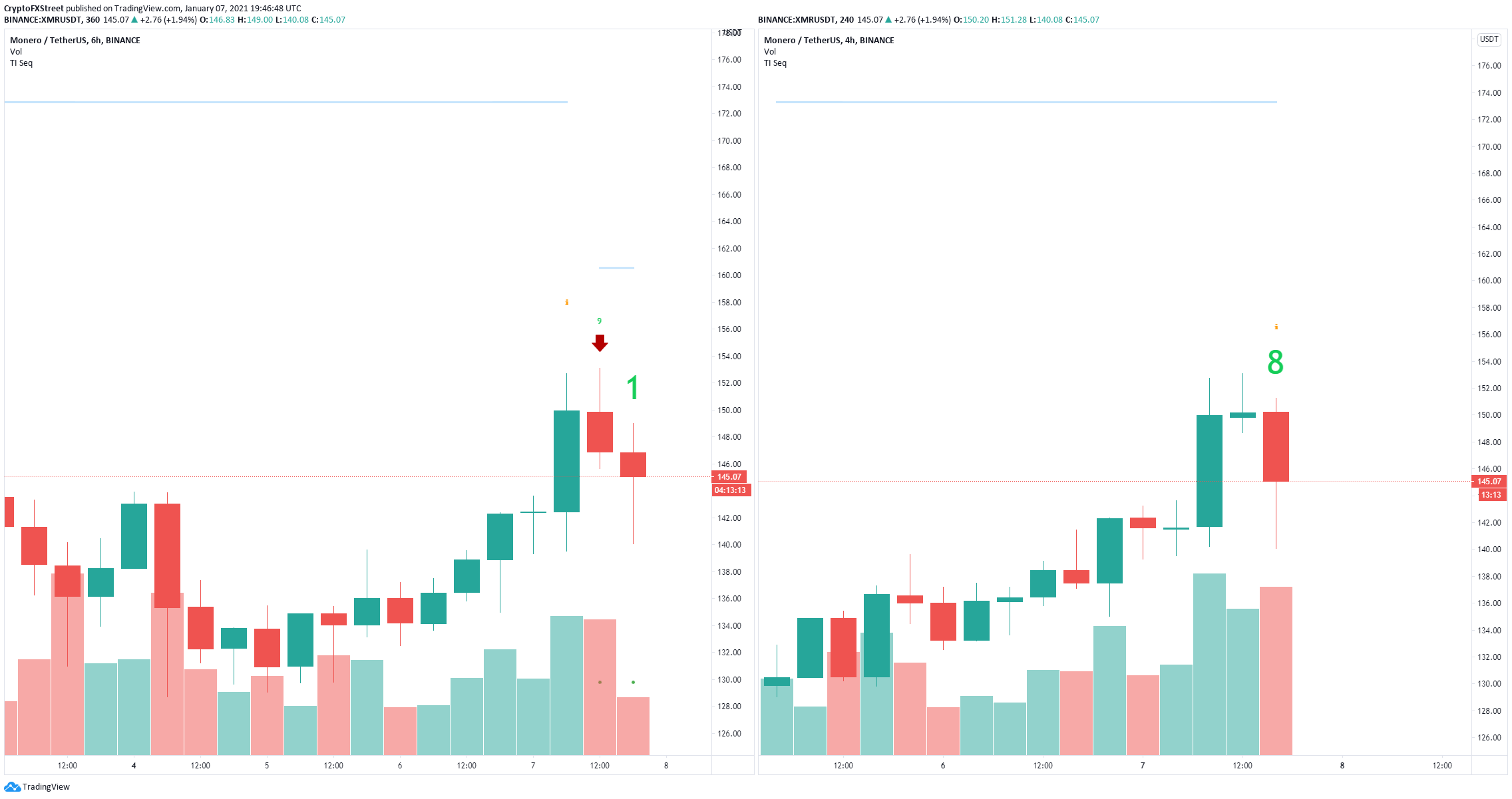 Additionally, on the 6-hour chart, the TD Sequential indicator has just presented a sell signal and it’s about to do the same on the 4-hour chart. If both calls are confirmed, XMR price could drop towards the lower boundary of the channel at $135 again.