Home » Part 1 -On the Bitcoin Block: 7 Myths about trading cryptocurrencies

Part 1 -On the Bitcoin Block: 7 Myths about trading cryptocurrencies 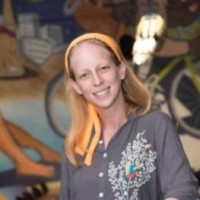 Myth #1: Bitcoin is a Ponzi scheme

There are endless stories in the press about the rapid value increase of Bitcoin which has made its creators and early investors extremely rich in a very short time. Yet rapid growth is a characteristic that is seen with many trading instruments, particularly shares that suddenly find their way on the market, think Apple or Google. Contrary to a Ponzi scheme, that involves a fraudulent investment operation, there is no central operation when it comes to cryptocurrency, there is no one at the center who monitors and controls its value. So, unlike most other instruments it truly represents the free market as its value is purely dependent on its network of buyers.

Often compared to the infamous tulip mania event where in the Netherlands during the 17th century the tulip flower which was widely considered a scarce collectible, rapidly increased in value with its price jumping several thousand percent in the course of months. Many, believing that fortunes could be sealed in the flower, sold their homes for a box full of bulbs, only to be later left with worthless flowers when the tulip bubble finally burst. The only real similarity between this event and the rise of cryptocurrency is that value has risen rapidly and seemingly out of nowhere. The differences however are much more significant. The value of cryptocurrency is not based on its beauty, but in the actual difficulty involved in mining them and while more tulips were able to be imported to meet demand, the availability of bitcoin is far more restrictive, ensuring that it keeps its value.

Myth #2: Cryptocurrency is not regulated and therefore isn’t safe

This myth is undoubtedly born out of the reality that cryptocurrency is difficult to regulate. Due to it being a very broad ranging technology, it is indeed difficult for regulators and government authorities to get their heads around how it is to be monitored and controlled. Unlike any other instrument that has its basis in solid reality, regulators have not seen anything quite like Cryptocurrency before. However that’s gradually changing as increasingly regulation authorities across the globe are bringing cryptocurrencies under their jurisdiction. The discussions under deliberation involve; do you regulate the software providers that merely mine the currency or do you regulate the brokers who are involved in the transmission and conversion of the currency? And then, how do you ensure that the anonymity of the currency doesn’t turn it in to a passage way to launder money? Bitcoin entrepreneur Andreas Antonopoulos suggested to leave a five year moratorium on the currency to let the technology develop to its full potential, and that way regulators will have a better idea of what they’re dealing with and how best to regulate it.

Myth #3: Cryptocurrency is a currency for criminals

Perhaps the most pervasive of all myths is that cryptocurrencies have been co-opted by criminals in order to facilitate their nefarious activities, be it to launder money, purchase illegal substances or even finance terrorism. Unfortunate patterns do indicate that criminals tend to be early adapters, meaning that criminals pounce on new technology to facilitate their less than wholesome schemes. Think about the internet, many still hold to the opinion that if not for the ability to download pornography the prolific development and expanse of the internet would never have taken place. Before the internet found its place in mainstream use, it was widely regarded as an underworld for pornographers, abused by copywriters and used by scammers (especially music). Yet, today there is seldom a home, institution, company or organization that does not have the internet available.

The anonymity of the cryptocurrency’s block chain undoubtedly fuels this myth, as it makes it near-on impossible to trace the trail of funds. Yet anonymous forms of currency have floated through the markets for years and have been so prolific that even you have used it. That currency is cash, also the oldest form of currency. Cryptocurrency has merely transplanted anonymous currency into the digital age. And just as cryptocurrency provides the means to purchase illegal drugs, so does a $100 bank note.

Myth #4: Cryptocurrency is ideal for demanding a ransom

The perceived criminality of cryptocurrency, has certainly gathered storm recently with the cyber-attack that happened earlier this month. Bitcoin was unfortunately used in the demand for ransom money where hundreds of companies around the world were hacked and had their data stolen. As a result the value of the digital currency which had hit an all-time high of $1,848.75 dropped by the following Monday to $1,676.42.  Supposedly, if you are in training for cyber attacking organization the benefits of using cryptocurrency could be rhapsodized. The reality however, is that in the days that followed, very few of the companies that had been threatened actually paid out the ransom as many were able to divert the planned threats. Furthermore, many are hopeful that the development of regulation, should work to prevent future events like these from being repeated.

Stay tuned to this spot on Forex Crunch next week as we continue to address some of the most popular myths surrounding cryptocurrencies.

Here is the second part about busting bitcoin myths

Adinah Brown is a professional writer who has worked in a wide range of industry settings, including corporate industry, government and non-government organizations. Within many of these positions, Adinah has provided skilled marketing and advertising services and is currently the Content Manager at Leverate.. 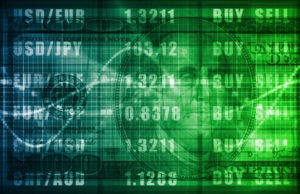 We've all heard a lot about cryptocurrencies in the news and throughout social media. With its basis as a currency created in cyber reality, it sounds like the stuff that conspiracy theorists thrive off. Yet, while the myths abound on cryptocurrencies, we're here to bust them all one by one. Conspiracy theorists, eat your heart out! Myth #1: Bitcoin is a Ponzi scheme There are endless stories in the press about the rapid value increase of Bitcoin which has made its creators and early investors extremely rich in a very short time. Yet rapid growth is a characteristic that is…