Polkadot is struggling to build on the April 3 breakout over the last four days, while volume is not showing emotion or commitment. Nevertheless, upside targets include the consolidation measured move and two Fibonacci extension levels.

A 33% correction following an 800% rally from the end of December 2020 is a constructive development for DOT traders and mild relative to the losses suffered in other cryptocurrencies.

The current DOT breakout follows a 33-day consolidation, but it is proving to be a battle to clear the February 18 high at $42.71. If the resistance evaporates, traders can look forward to a burst to the 161.8% Fibonacci extension of the February correction at $53.15. The measured move target of 33% puts the next resistance level at $54.51.

Ambitious traders should look to the 261.8% extension at $70.04 as notable resistance. 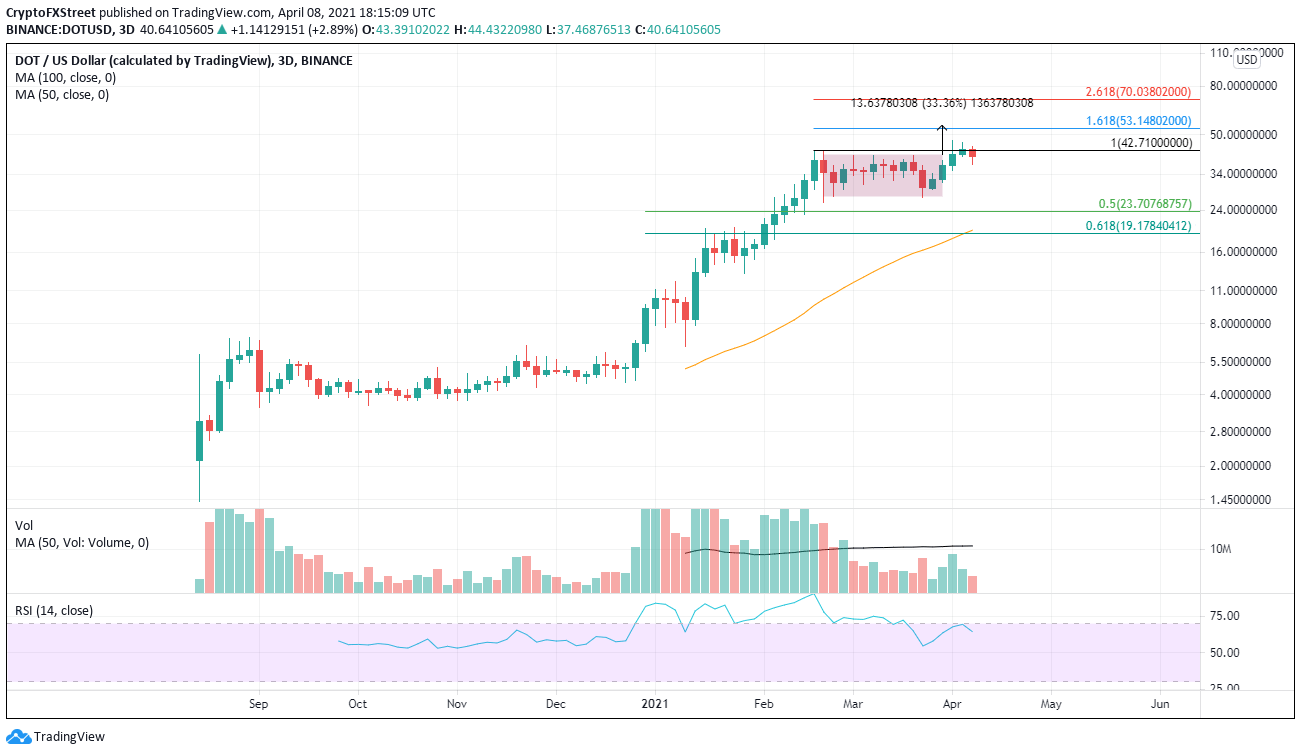