XLM Price Prediction: Bulls aiming for $0.12 if a breakout above $0.084 is confirmed

The most critical resistance level is established at $0.084, where the 50-SMA stands on the 3-day chart. XLM price has been contained inside the space between the 50-SMA, as the top, and the 100-SMA, at $0.072, as the lower horizontal line. 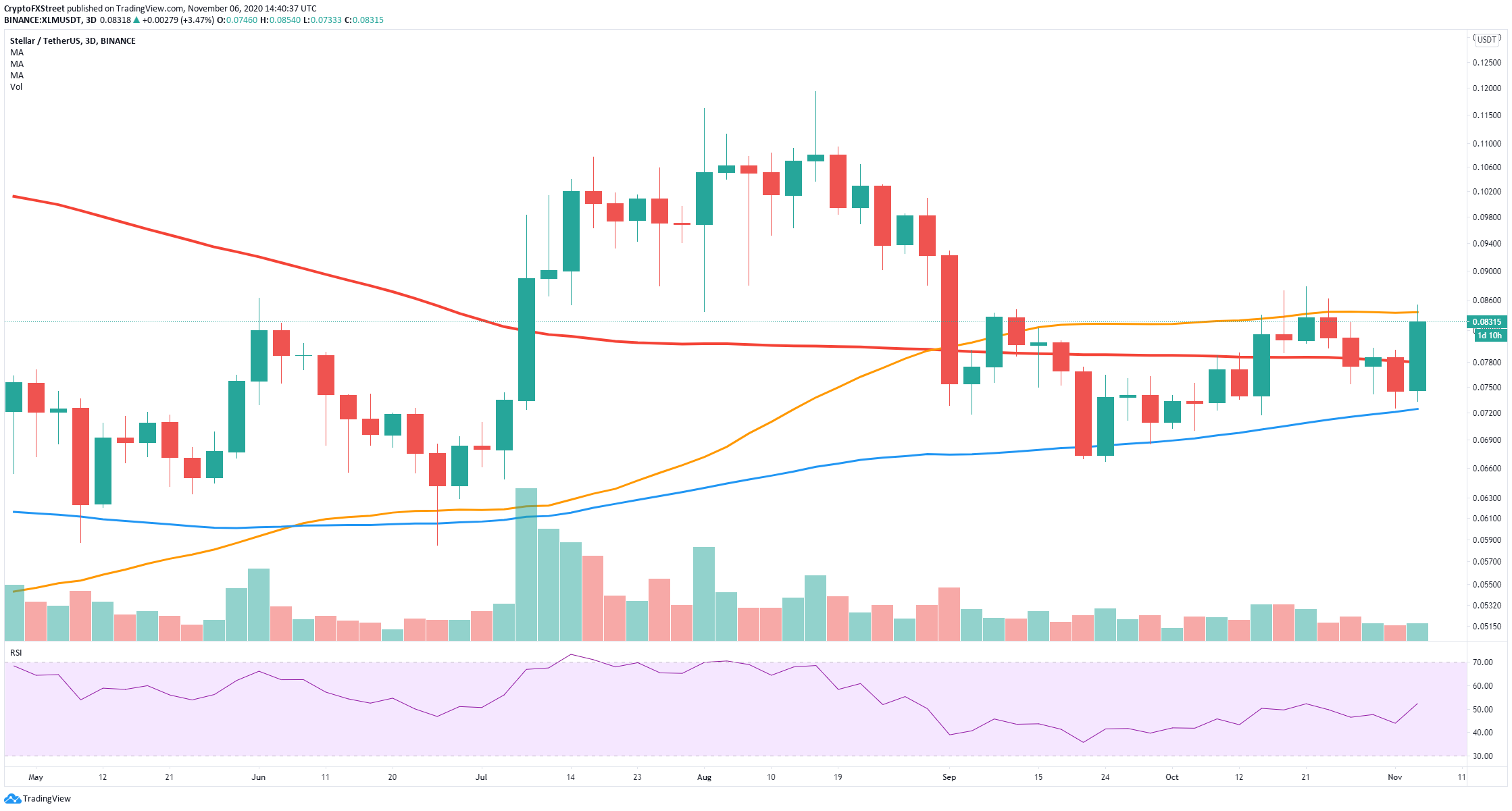 A breakout above $0.084 would easily drive the price of XLM towards the 2020-high at $0.119 as there are no other significant resistance levels to the upside. The Relative Strenght Index (RSI) is also not overextended and will not pose any threats for the bulls. Before the high at $0.119, $0.097 is a potential price target according to the Fibonacci Retracement indicator.

On the other hand, rejection from the 50-SMA would be a bearish sign. XLM could target the middle of the previously mentioned space at $0.077, which is the 200-SMA. If the level breaks, then the next price target would be $0.072, the 100-SMA.

Using the Fibonacci Retracement tool, it can be observed that a breakdown of $0.072 would lead the digital asset towards $0.0618 and potentially to $0.0461. The lowest price target is $0.0261, which would be the worst-case scenario.