Latest
You are at:Home»Crypto News»Stellar price loses 50% of its value as concerns about the potential lawsuit from SEC increase

In the past 48 hours, the price of XRP plummeted down to $0.21 as the SEC announced it would sue Ripple. Although most of the market didn’t flinch at first, some cryptocurrencies like XLM got hit quite hard, losing 30% of its value within 24 hours.

Stellar price could be poised for a steeper correction

Ripple investors have been worried about the SEC for years now. The debate on whether XRP should be considered a security or not continues. Similarly, some XLM holders are also worried that the digital asset might be considered one, now that Ripple has been sued by the SEC. 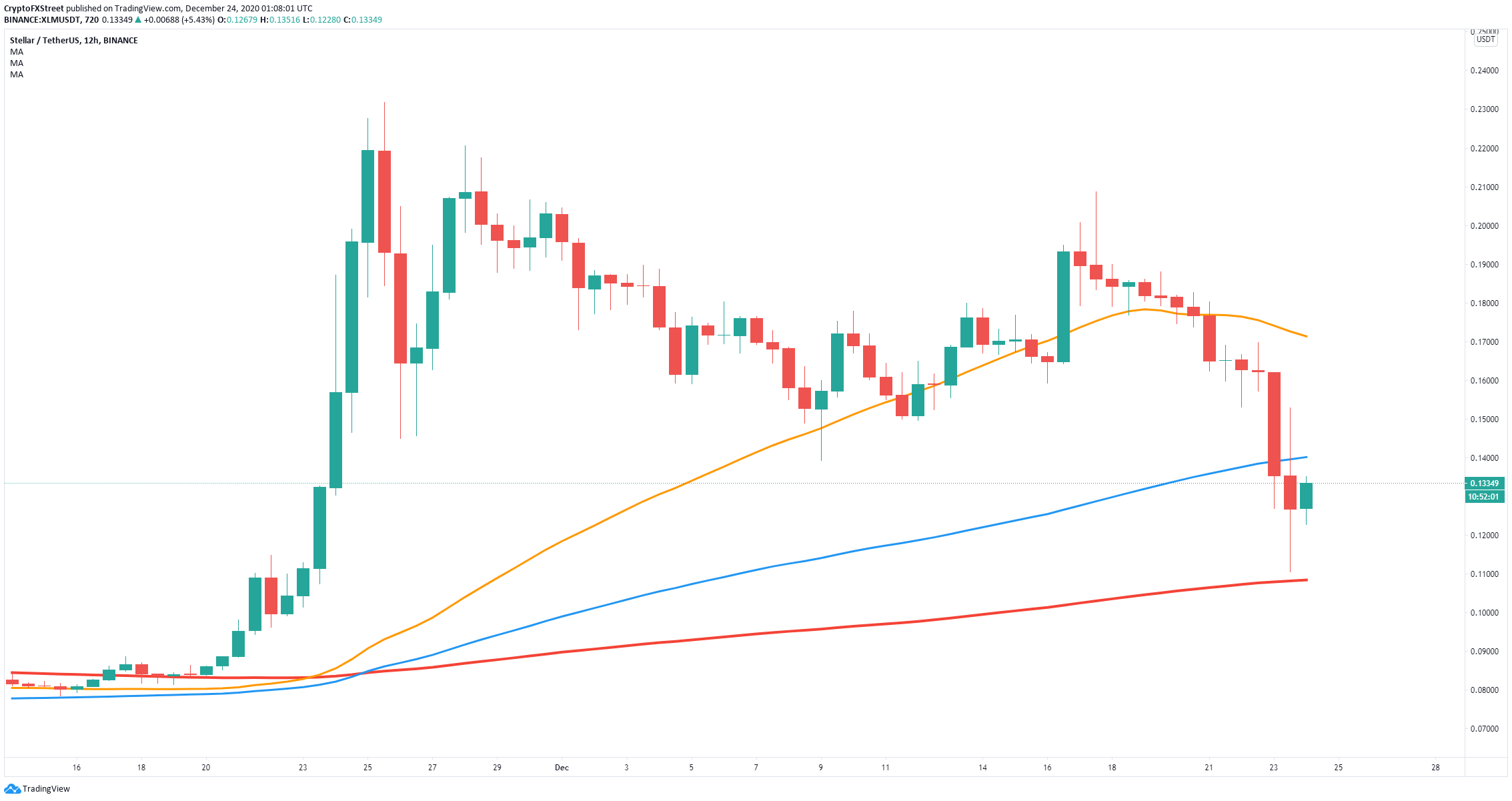 The digital asset plummeted, piercing through the 100-SMA on the 12-hour chart and briefly touching the 200-SMA for the first time since November 19. So far, bulls were able to push XLM up from the moving average but another rejection at the 100-SMA will most likely drive Stellar price below the 200-SMA.

However, back in 2018, the New York Department of Financial Services (NYDFS) approved XLM to be used in Paxos Trust Company, making it available for OTC trading on the itBit exchange. Additionally, XLM could also become the next asset to be approved on PayPal, which means it’s less likely for the digital asset to be considered a security.

Get the 5 most predictable currency pairs
Previous ArticleAUD/USD: Bulls flirt with 0.7600 amid Brexit optimism, US dollar weakness
Next Article Brexit update: The final leg and anticipation of a breakthrough announcement