TheGraph price continues trading sideways even after the latest announcement of the support of the Binance Smart Chain (BSC). Will this positive announcement help GRT in the short-term against all the selling pressure?

TheGraph will index and query on Binance Smart Chain

According to an official announcement by both parties, TheGraph will bring indexing and querying to Binance Smart Chain, allowing developers to build applications on BSC using subgraphs.

The Graph protocol solves the problem of indexing for blockchain data. Users no longer have to trust teams to operate servers and developers can deploy to reliable public infrastructure. BSC developers can master subgraphs using Graph Docs which will be supported via the hosted service.

The integration comes after the leading decentralized exchange on BSC, PancakeSwap, requested TheGraph to support BSC.

On the 9-hour chart, the TD Sequential indicator has just presented a green ‘8’ candlestick which is normally followed by a sell signal. The past few signals had a significant bearish continuation. The key support level is located at $1.44 which means that a confirmation of the call could push GRT towards that level. 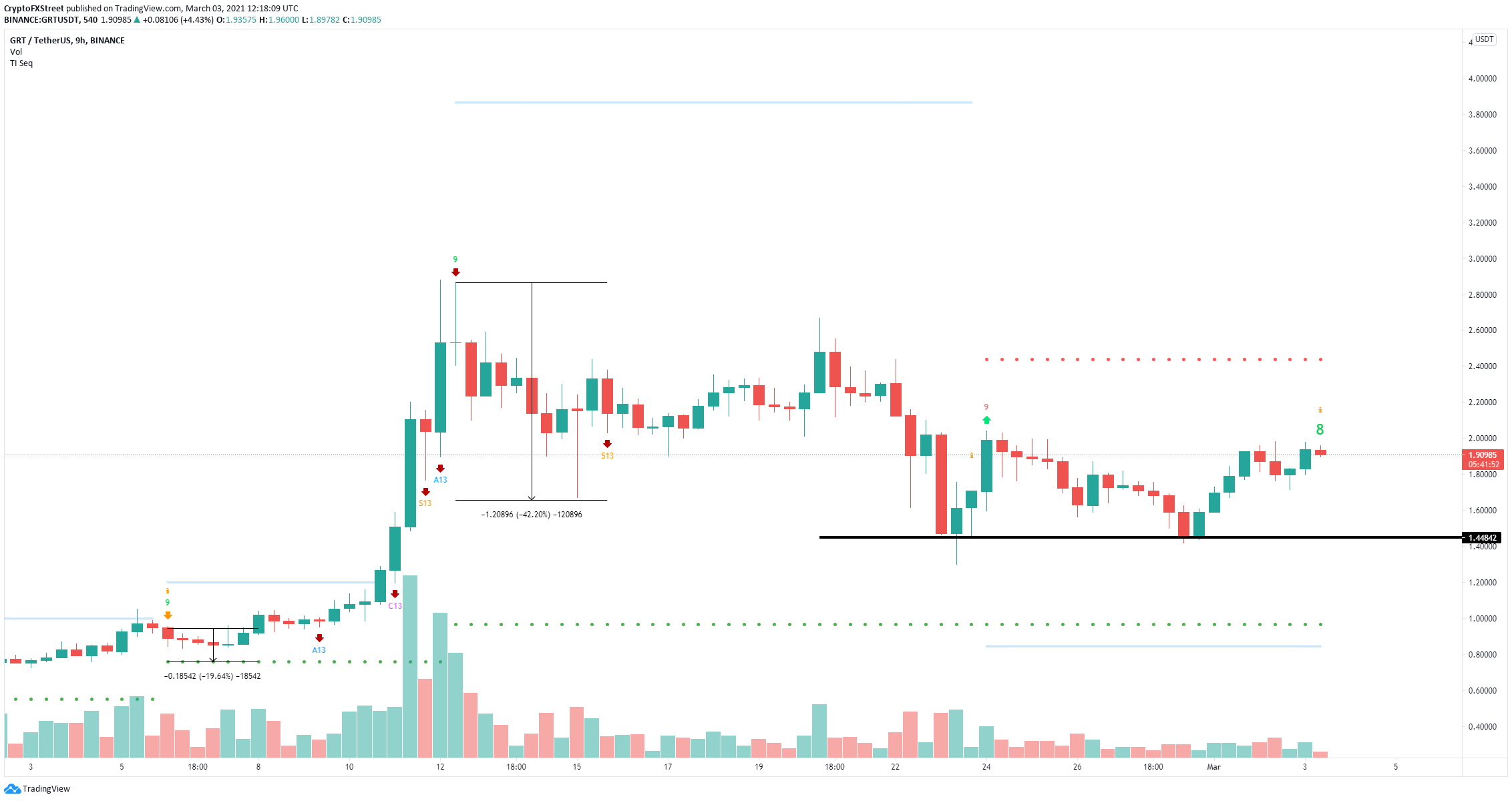 The In/Out of the Money Around Price (IOMAP) chart also suggests that GRT could fall quickly as support below $1.9 is extremely weak compared to the resistance above.

However, bulls can invalidate the bearish outlook if they can push TheGraph price above the key resistance area between $2.08 and $2.14 with 161 million GRT in volume from 2,000 different addresses.