The total cryptocurrency market capitalization had a steep drop on April 17 from $2.27 trillion to a low of $1.9 trillion, losing more than $300 billion in just 24 hours. Bitcoin has lost some of its market dominance in the last week but continues to influence the entire sector.

On the daily chart, Bitcoin is trading inside an ascending wedge pattern and it is close to losing the lower trend line support level at $55,400.

A daily candlestick close below $55,400 would confirm a breakdown that has a long-term price target of $42,000. 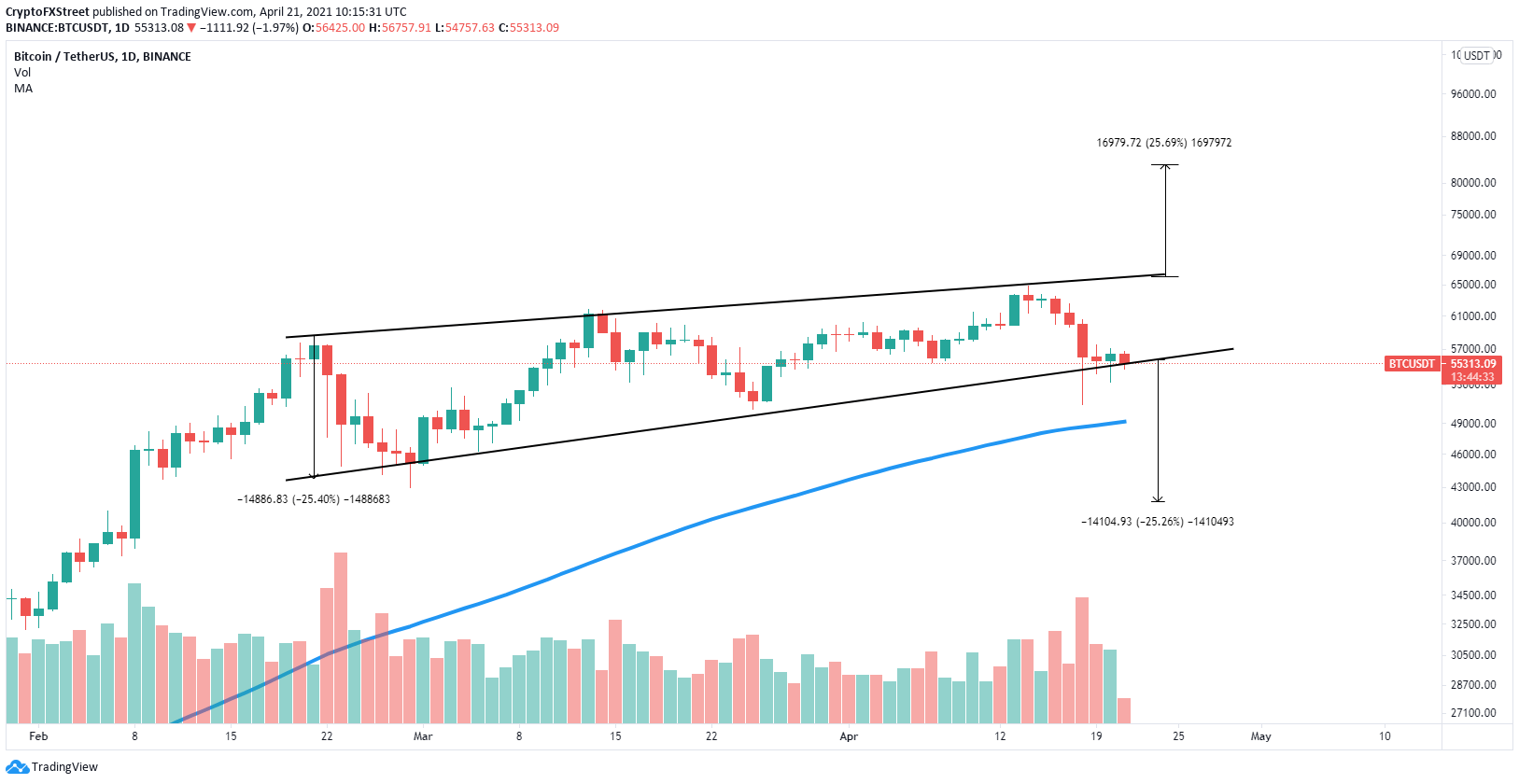 However, if the bulls can hold the lower boundary support, BTC could quickly jump toward the upper trend line at $66,120, which would be a new all-time high. A breakout of this point has a long-term price target of $83,000.

Since April 14, this percentage dropped by 0.52%, which is significant and the lowest value since June 2019. This indicates that investors are not interested in selling despite prices dropping, adding credence to the bullish outlook.

Ethereum price remains on the path to $3,000

On the daily chart, Ethereum had a breakout from an ascending wedge pattern on April 13 and successfully defended the previous resistance trend line.

The digital asset is now bouncing toward the pattern’s long-term price target at $2,850, with some resistance at $2,550. 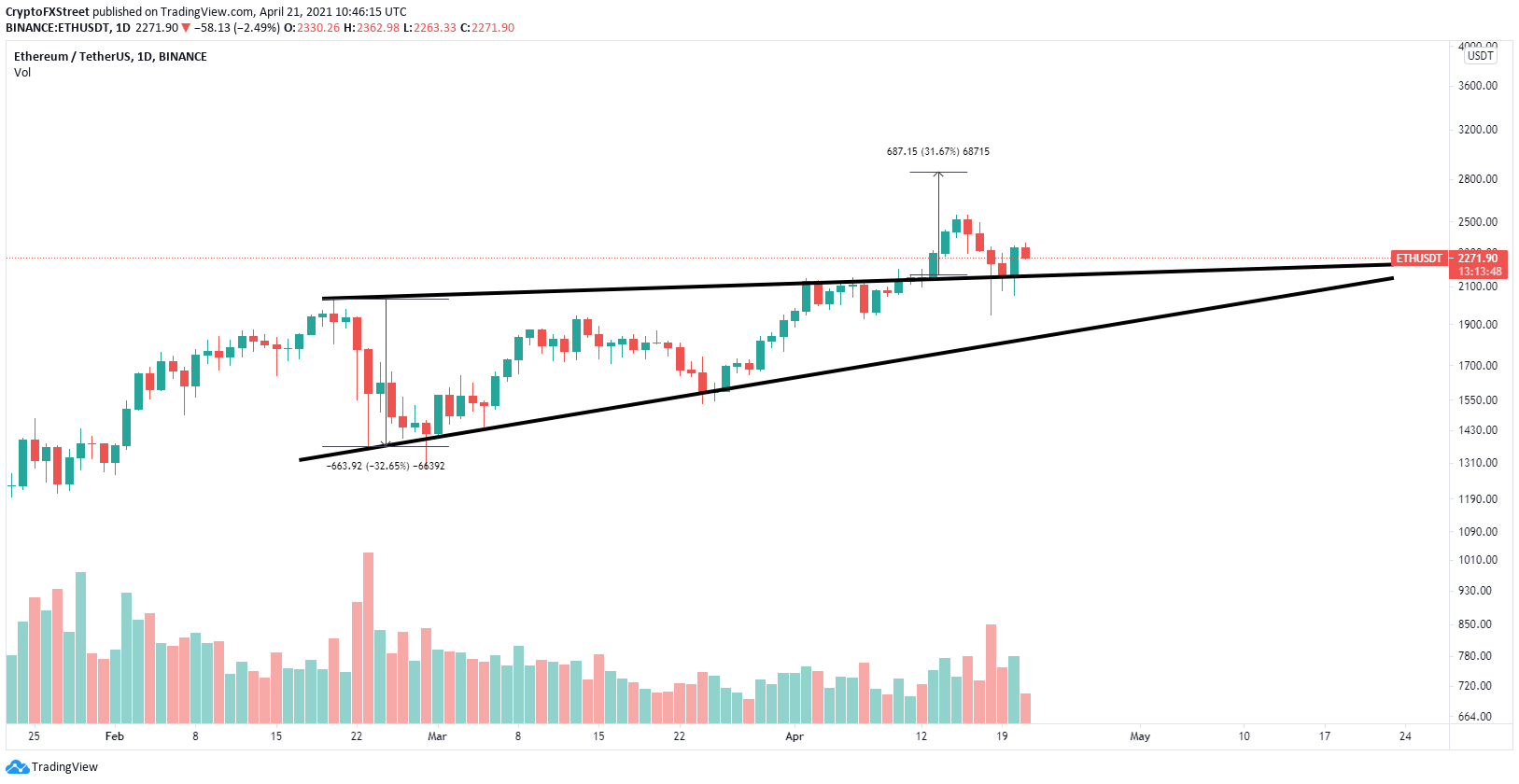 Losing this critical point would be a notable bearish breakdown and can easily drive Ethereum price down to $2,000 and even as low as $1,900.

The digital asset is trying to remain above a crucial support level on the 4-hour chart. The 100 SMA at $1.31 must hold, otherwise, XRP can quickly fall down to $1.24 at the 50% Fibonacci retracement level. 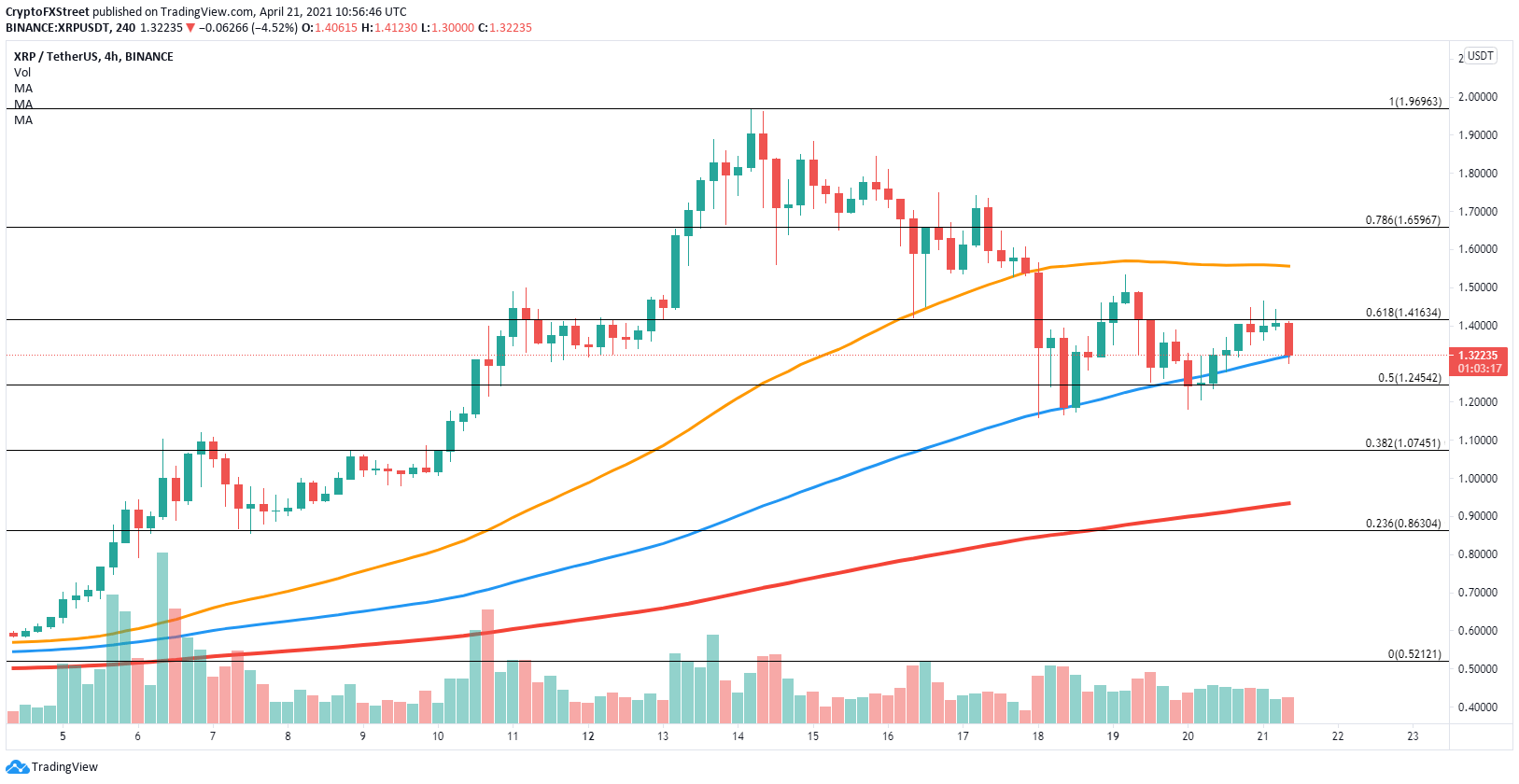 Get the 5 most predictable currency pairs
Previous ArticleEUR/USD Price Analysis: A surpass of 1.2100 exposes extra gains
Next Article GBP/USD: Out of overbought territory, and with upbeat fundamentals, cable is ready to climb