Tron’s 3-day chart has had a bullish session after five straight red sessions. However, there is one more sign that shows that this isn’t a one-time occurrence. 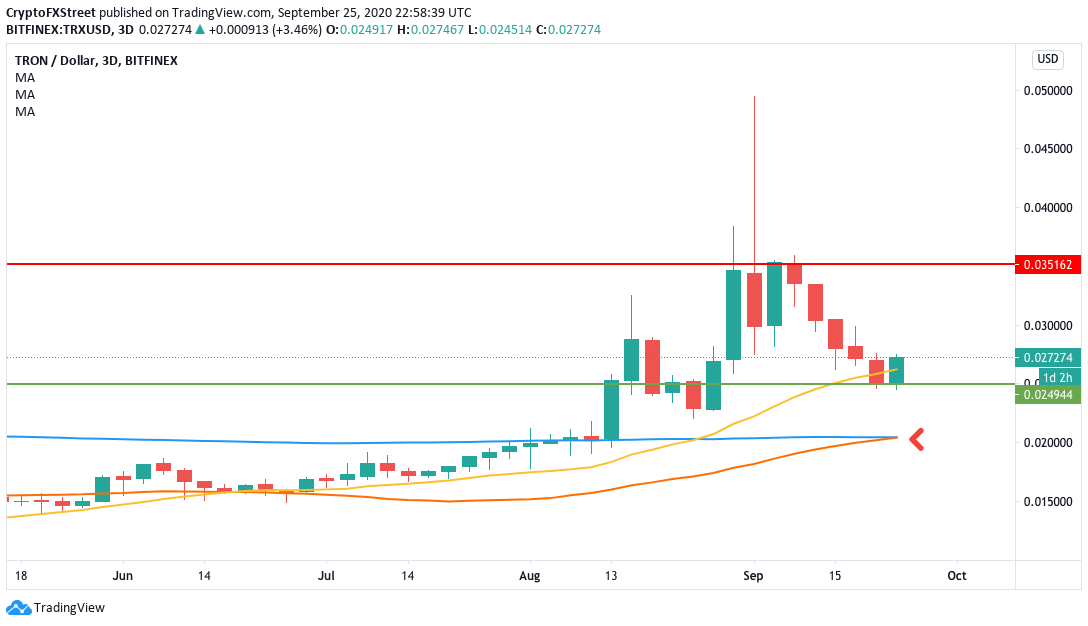 The SMA 50 has touched the SMA 200 and is about to completely cross over to chart the heavily bullish golden cross pattern. This means that more bullish growth is expected. However, how much is the upside potential? Let’s check out some smaller time frames. 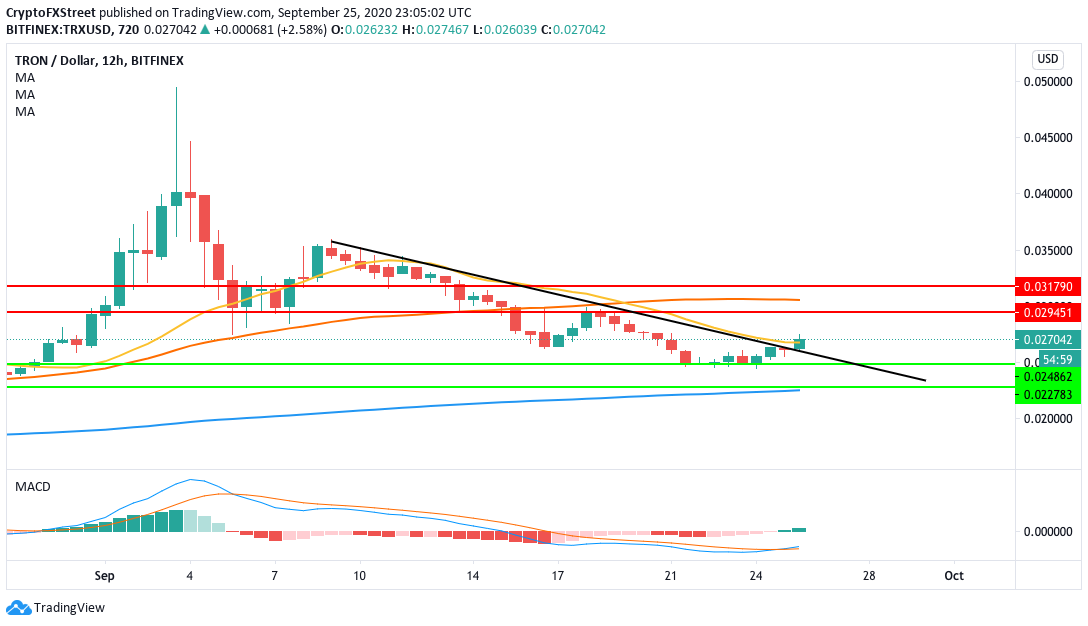 TRX/USD has had a bullish breakout from the descending triangle formation. In the process, it seems to have broken above the SMA 20 curve. The MACD has shifted market momentum from bearish to bullish. Ideally speaking, the price will want to break above the $0.02945 resistance level to make the most out of this bullish momentum.

However, does the price have what it takes to actually break past these levels? For that, let’s constrict our timeframe some more. 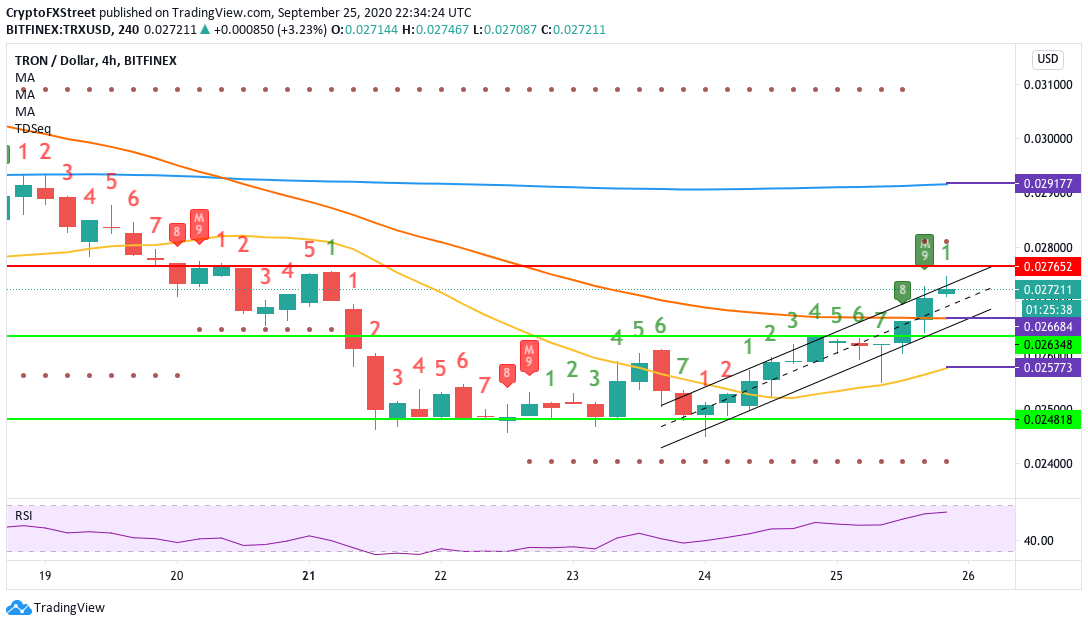 TRX/USD has flashed the TD sequential sell signal and is trending in a flag formation. If the buyers somehow manage to reverse the trend, the RSI will creep into the overbought zone, which will usher in a bearish correction anyway. However, if the price does experience a bearish correction in the short-term, the SMA 50 curve must hold firm to prevent further downtrend.

So, while the price may face a short-term bearish correction to $0.0264, the long-term outlook still looks positive.

Get the 5 most predictable currency pairs
Previous ArticleUSD/JPY Price Analysis: The pair looks to be heading right back into the middle of the range
Next Article Bitcoin Price Forecast: BTC sandwiched between strong resistance and support levels